SEOUL, July 28 (Yonhap) -- Local authorities are in the process of closing a church in northern Seoul for holding in-person services in violation of COVID-19 rules, the Seoul metropolitan government said Wednesday.

Sarang Jeil Church held an in-person service on July 18, days after the government raised its social distancing guidelines for the capital area to the strictest Level 4. Under the current level, all worship services must be held virtually. 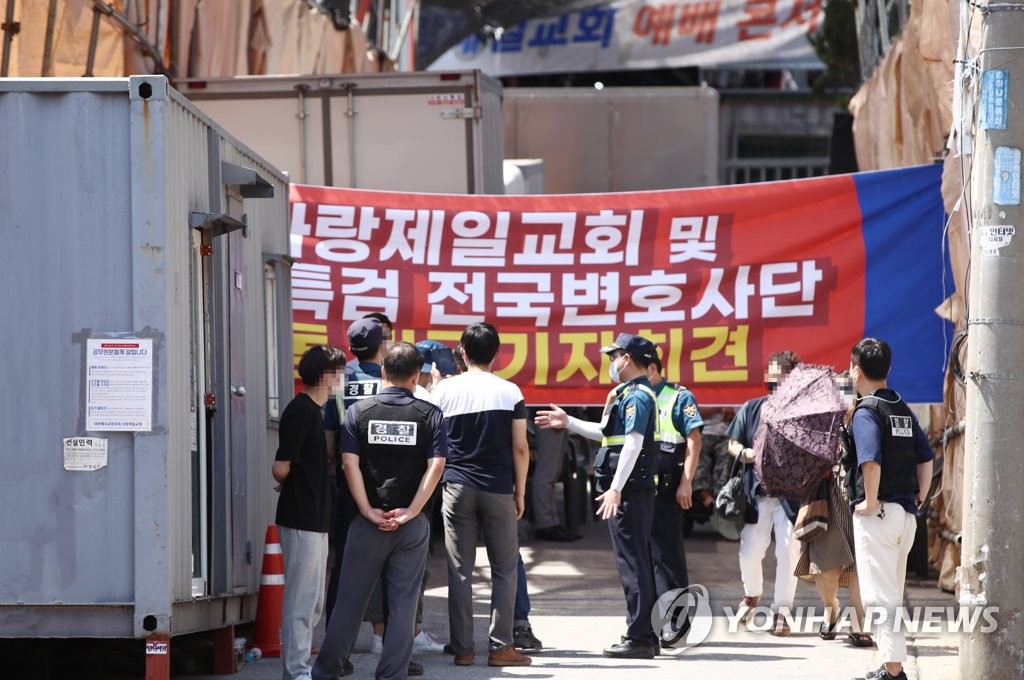 The office of Seongbuk Ward, where the church is located, suspended the church's activities for 10 days from July 22 and ordered it to pay a fine of 1.5 million won (US$ 1,297). But on Sunday, the church held an in-person service again.

"In accordance with the Infectious Disease Control and Prevention Act, Seongbuk Ward is conducting a hearing and following due procedure for the closure of Sarang Jeil Church," Song Eun-cheol, a disease control official at the city government, said during an online press briefing.

The cited law requires the chief of the local ward office to order the closure of any facility that continues to operate during its suspension.

The city government said similar action is being reviewed by the ward offices of four other religious facilities that broke COVID-19 rules.

Sarang Jeil Church officials are currently standing trial on charges of holding an in-person service in April last year in defiance of an assembly ban.

In August, the church was forced to close for two weeks following an outbreak of COVID-19 among its members.

The same month, the church's lead pastor Jun Kwang-hoon led a massive anti-government rally in downtown Seoul that was later blamed for the second wave of the pandemic in the country.