SEOUL, July 28 (Yonhap) -- Many think of Korean beef as a luxury gift item or a special dish, but a new breed of young investors are discovering fresh investment opportunities in live cattle with a new crowdfunding platform.

Bancow, the Korean beef investment platform launched by Seoul-based startup Stockeeper Co., allows individuals to invest in yearling cattle from local livestock farms, where ranchers breed them, and they share the profits from their sales after 24-30 months.

Ahn Jae-hyun, CEO and co-founder of Stockeeper Co., said Bancow offers a win-win solution both for local ranches, which have difficulties securing private sector financing, and retail investors in search of decent returns with less volatility.

"Bancow offers an easy, convenient platform that gives retail investors direct access to the live cattle market, which has high barriers due to regulations, space and money," Ahn said in a recent phone interview with Yonhap News Agency. "Investors can own their share of calves without bulk cash, while livestock breeders can secure funding from a larger pool of people." 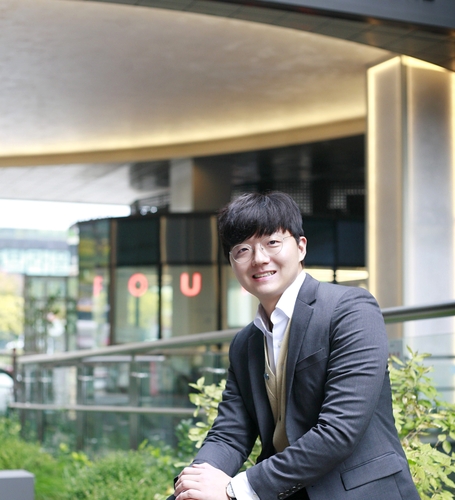 Investors can check the breeding farms, calves and their genetics via a mobile app and spend as little as 40,000 won (US$34.70) to buy their share of calves. They can easily check the Korean beef price chart and check the health condition of the animals until they are sent to slaughterhouses.

Beef farms invest their own share by spending money to breed the calves and later share the profits, while Bancow receives 2 percent of the profits through brokerage fees each from investors and farms.

Helped by social platform marketing and word-of-mouth, the first two rounds of funding have drawn about 300 million won since late May, and the third round is scheduled for August, the firm said.

Bancow expects to raise about 3 billion won of funding within the year and aims to draw 50 billion won next year, saying it was well received by those in their 20s and 30s.

Ahn said the positive response in the initial stage underscores the high interest in new types of investment vehicles at a time of low interest rate and the fluctuating stock and virtual currency markets.

"While the stock and virtual currency markets are a zero-sum game in which some win and some lose, Bancow users can invest in tangible assets that actually grow and add value to the Korean beef market," he said.

The 35-year-old CEO, who formerly worked for Hanwha Group's meat trading unit, said Bancow's business model was inspired by his own experience investing in live cattle via his mom's Korean beef farm in Yeoju, located about 100 kilometers southeast of Seoul.

Ahn and his wife bought a calf each month in 2018, and his mother bred them on her ranch. When the grown-up cows were sold at auction, they shared the profits.

"For me, investing in live cattle was both comforting and profitable, as I could see them grow," Ahn said.

One of the advantages of investing in the indigenous cattle is transparency, as the government's animal tracking system provides detailed information on each cow's genetics, food, weight, inoculation history, etc.

In addition, the app regularly updates photos and weights of the calves to inform investors of their latest health condition.

The average Korean cow's yield rate has stood at nearly 20 percent over the past decade, and nearly nine out of 10 cuts of beef from Korean cows were classified as First Grade, guaranteeing a much higher yield rate than two-year savings accounts or bonds, Ahn said.

What if the calf that a person invested in gets sick or dies?

"No worries," he said. "Investors can get back 100 percent of their initial funding with insurance on the cattle."

In addition to offering an unconventional investment vehicle in the local financial market, Bancow ultimately aims to improve the Korean beef supply chain by facilitating more capital inflow to the cattle breeding industry.

"Due to lack of funding, local farms' utilization rate remains around 35-40 percent, which means there is still much more space to grow more cows," Ahn said.

Ahn said its service has a high growth potential due to tight supply and rising demand for Korean beef, locally called "hanwoo," coupled with the supercycle in the commodities.

The Korean beef market grew at an annual compound growth rate of 4.5 percent to 22.6 trillion won, according to industry data.

Beef consumption per person in the nation jumped 48 percent from 8.8 kilograms in 2010 to 13 kg in 2019, thanks to increased consumption power, according to agriculture ministry data.

Koreans spend more money on locally grown beef than any other nation due to tight supply and rising demand, partly because it takes longer to grow Korean calves and most farms are operated by individuals.

As a result, many locals opt for American and Australian beef, whose prices are about half that of Korean beef, as cheap alternatives.

"Prices of hanwoo have risen to levels that even cause consumer resistance," Ahn said. "This is not helpful for local farms, as it could potentially hurt consumer demand for hanwoo."

"If there is more supply, consumer prices can go down, which can create a virtuous cycle in the Korean beef market," he said.