SEOUL, July 28 (Yonhap) -- The wholesale prices of lettuce and spinach shot up in July from a year earlier, data showed Wednesday, as their output sharply lost ground due to sweltering hot weather.

The average price of lettuce increased a whopping 76 percent from a year earlier as of July at 41,300 won (US$35) per 4 kilograms, according to the Ministry of Agriculture, Food and Rural Affairs.

The summer heat also dealt a harsh blow to the production of spinach, whose price nearly doubled in July from the previous year. 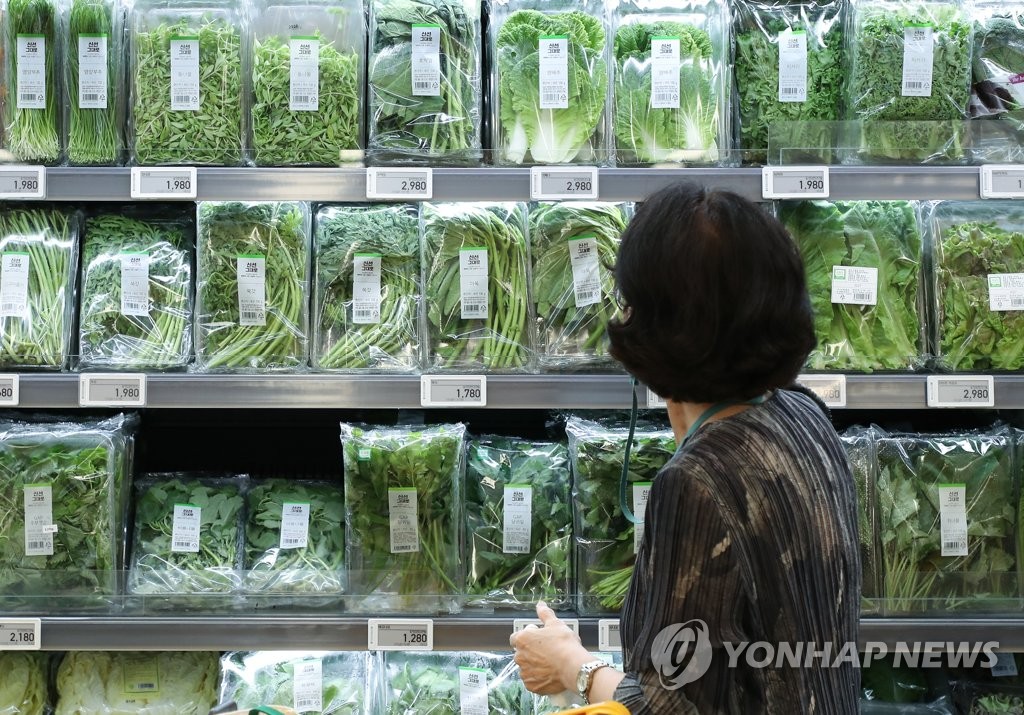 The output of napa cabbage, on the other hand, fell more than 50 percent from the previous year, as its production was normalized after the country went through a record-long monsoon season in 2020.

The ministry, however, said it is also keeping a watchful eye on vegetables with stable prices, as the prolonged heat wave and possible typhoons may weigh down the production in the near future.

"We plan to continue making efforts to cope with the scorching summer heat and maintain a stable supply of agricultural products ahead of this year's Chuseok," the ministry said in a statement.

Chuseok, the Korean autumn harvest celebration, will fall in late September this year.