BUAN, South Korea, July 28 (Yonhap) -- Police said Wednesday they are investigating a man who is suspected of electrocuting his neighbor's dogs for barking loudly.

The local police station in Buan, about 280 kilometers south of Seoul, said the man in his 50s could face charges of violating the Animal Protection Act after allegedly using an electric battery to kill the two dogs in a residential area of the county Friday.

Such batteries are typically used to send high-voltage electric currents into water to catch fish, the police said.

The dogs' owner reported the case to the police after returning home from a trip to find the canines dead in the yard.

Police apprehended the suspect, who lives about 100 meters away from the crime scene, after examining surveillance camera footage.

The suspect reportedly told police that he killed the dogs because they "barked whenever people passed by and were noisy."

Police said they had not received any previous complaints about the dogs and are questioning both the suspect and the neighbor to determine the details of the case. 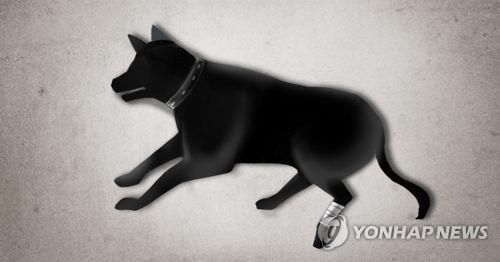