SEOUL, July 28 (Yonhap) -- South Korean power plant builder Doosan Heavy Industries & Construction Co. said Wednesday it turned to a net profit in the second quarter from a year earlier on the back of increased sales.

Its net income came to 202 billion won (US$175 million) in the April-June period, a turnaround from a net loss of 251.7 billion won a year earlier, the company said in a regulatory filing.

Operating profit for the period was 254.6 billion, compared with an operating loss of 140.3 billion won a year earlier. Sales rose 11.7 percent to 2.9 trillion won. 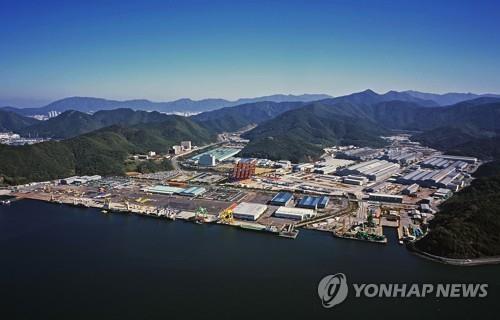 "Increased sales from surplus achievement of its construction projects at home and abroad and improved its financial health led to the turnaround in the second quarter," the company said in a separate text message.

Doosan Heavy also said orders from its additional investment in NuScale Power LLC., a U.S. small modular reactor maker made this month, are predicted to increase in the near future.

The power plant builder has allocated $60 million to expand its stake in NuScale Power LCL., following its previous investment of $44 million in the U.S. SMR maker in 2019, along with other local investors.

Doosan Heavy has also signed a deal to provide core parts to be used for the construction of SMRs, a new type of light water reactor for nuclear power plants.

Earnings of Doosan Infracore were not included in the consolidated financial statements of Doosan Heavy from the second quarter, the company said.