The brigadier general was accused of attempting physical contact with the female officer at a karaoke bar after a dinner with his subordinates in late June.

Upon a report by the victim, he was immediately relieved of his duties and arrested earlier this month.

The incident took place as the military was grappling with how to stamp out sex crimes in barracks amid intense public fury over the suicide death of a female Air Force noncommissioned officer in May, three months after being sexually abused by a colleague.

Then-Air Force Chief of Staff Lee Seong-yong stepped down in June to take responsibility of the incident, and an extensive probe is still under way over allegations the Air Force tried to cover up the case without giving proper help to the victim.

Defense Minister Suh Wook expressed deep regrets over the case involving the one-star general and called for a stern punishment. 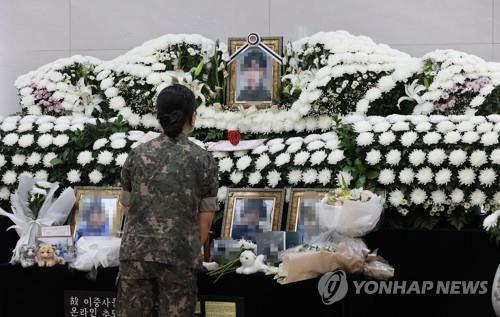