The two sides also noted that the bilateral defense cooperation pact took effect in June this year after being clinched in 2018, and vowed to deepen cooperation in a wide range of fields, such as maritime security, anti-terrorism, cyber security and defense industries, it added.

Suh also asked for Italy's active participation in the upcoming U.N. ministerial conference on peacekeeping operations to be hosted by South Korea in December.

"Minister Guerini said he is well aware of the contribution South Korea's Dongmyung unit has made as part of the U.N. Interim Forces in Lebanon (UNIFL), which Italy also takes part in. He also vowed to extend utmost support for the successful hosting of the conference," the ministry said. 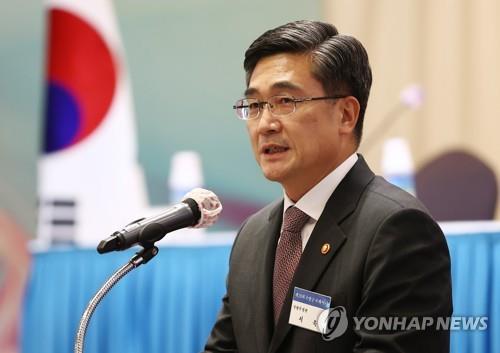