YOKOHAMA, Japan, July 28 (Yonhap) -- South Korea cruised into the quarterfinals of the Tokyo Olympic men's football tournament on Wednesday with a 6-0 victory over Honduras.

Striker Hwang Ui-jo scored a hat trick in the first half against 10-man Honduras at International Stadium Yokohama in Yokohama, south of Tokyo. South Korea won Group B with six points from two wins and a loss. 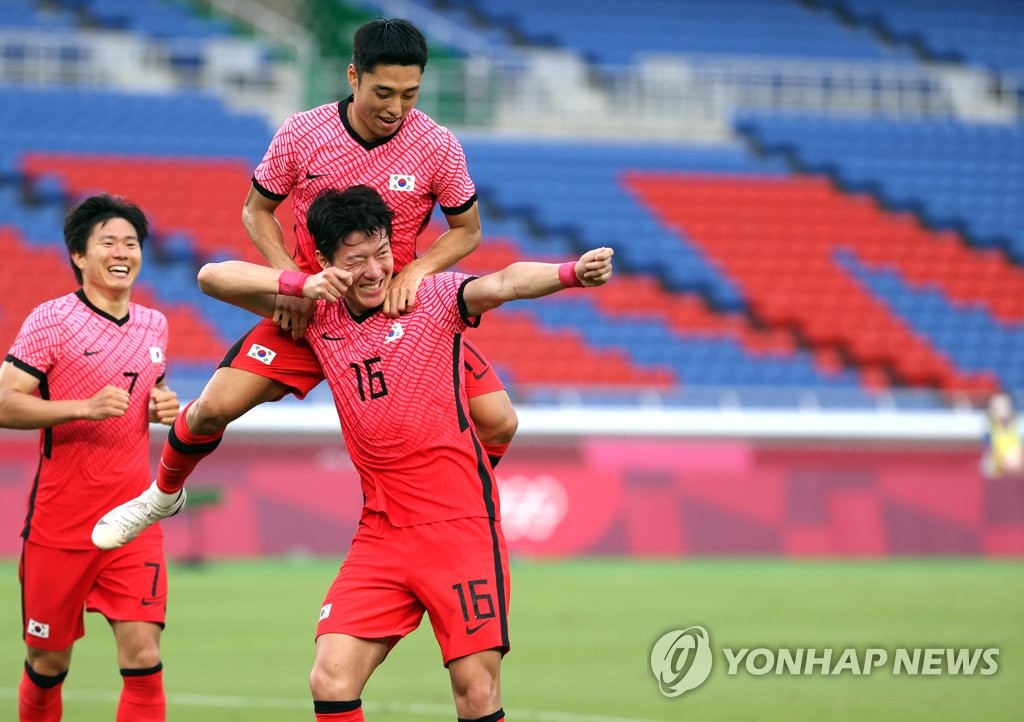 South Korea entered this match in first place in the group and only needed a draw to advance to the knockouts. They instead beat up on a hapless Honduras, which went down a man late in the first half.

In the quarterfinals, South Korea will square off against the Group A runners-up Mexico at 8 p.m. Saturday, back at the same Yokohama stadium.

Mexico finished in second place behind Japan after beating South Africa 3-0. Japan defeated France 4-0 to finish with nine points. South Korea and Japan will be on the opposite sides of the bracket and can meet either in the gold medal or bronze medal match.

Hwang scored the first of his three goals on a 12th-minute penalty. It was awarded when Lee Dong-jun was brought down by Wesly Decas in the box, and Hwang beat goalkeeper Alex Guity to the top left corner for a 1-0 lead. 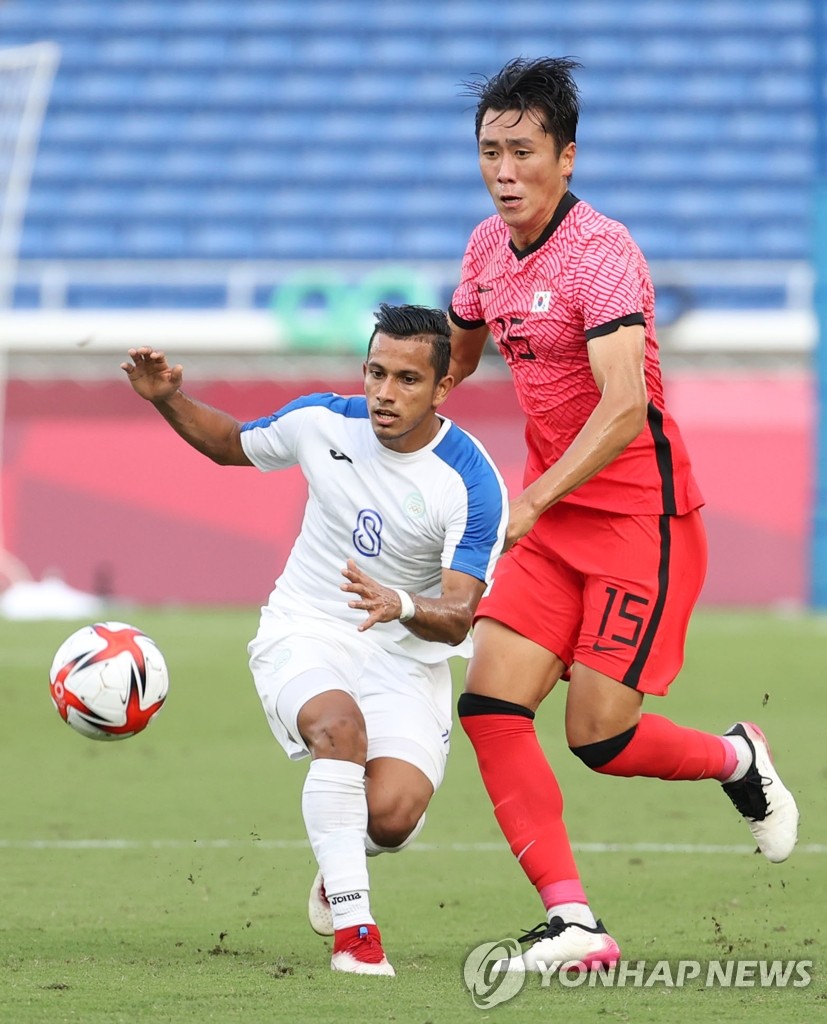 South Korea hit the crossbar twice in a chaotic sequence four minutes later, and then earned another penalty in the 17th minute when Carlos Melendez was cautioned for a foul on Jeong Tae-wook in the box.

This time, Won Du-jae stepped up and converted the spot kick to double South Korea's lead.

Melendez was sent off in the 39th minute on his second yellow card of the match, and Hwang exploited the man advantage during injury time with his second of the contest. 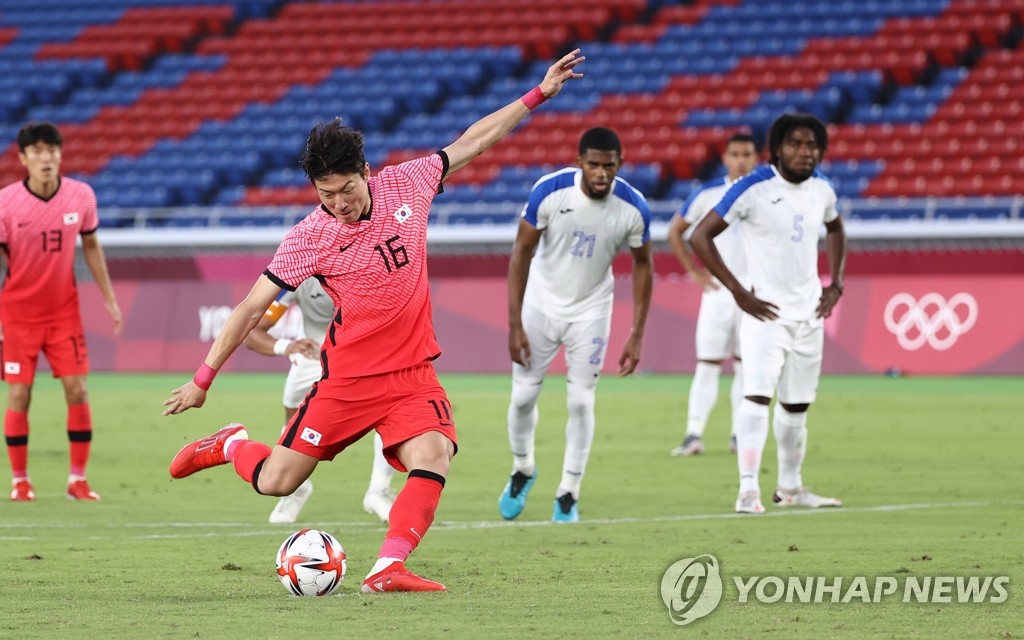 Hwang completed the hat trick with another penalty, this time in the 52nd minute after a foul by Cristopher Melendez on Kim Jin-ya.

South Korea kept piling on. Kim Jin-ya got in on the scoring act in the 64th minute to give South Korea a 5-0 lead.

Lee Kang-in made it 6-0 with a left-footed shot in the 82nd minute. 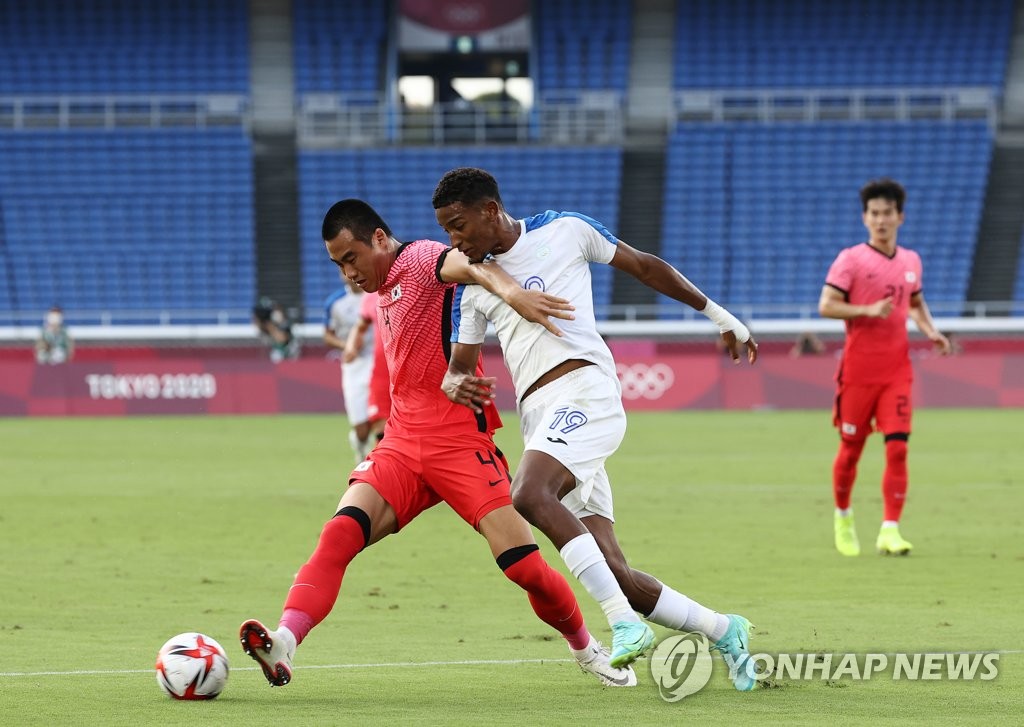