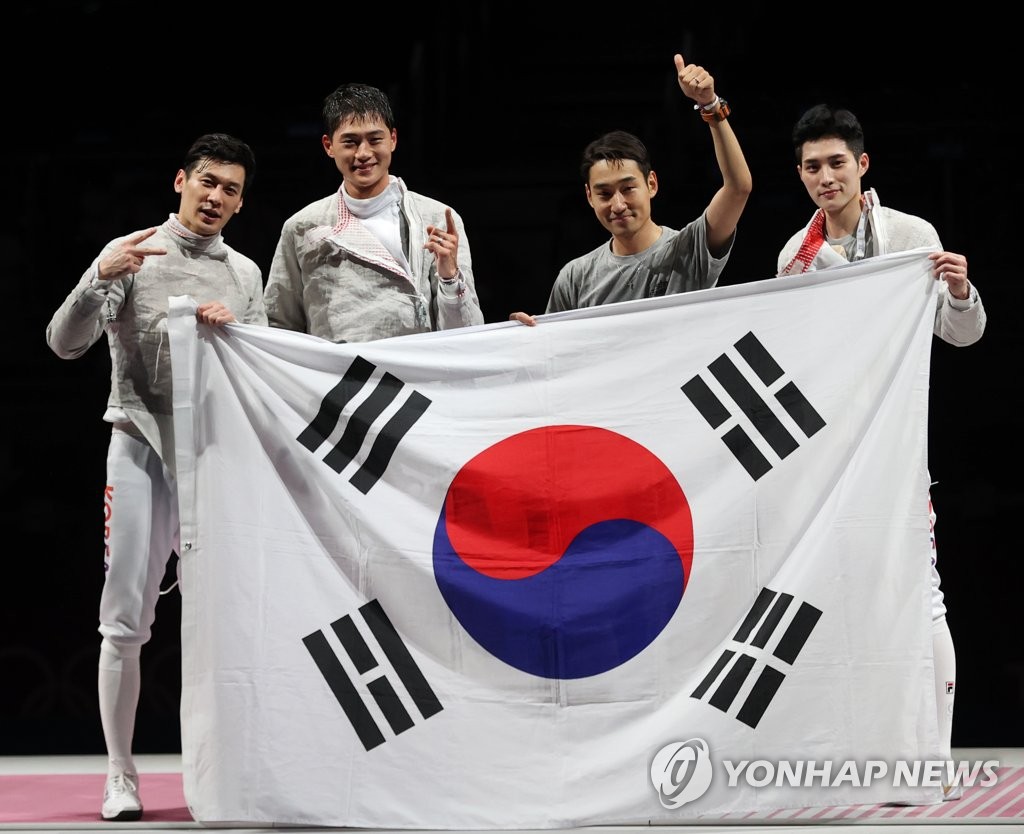 The team of Kim Jung-hwan, Gu Bon-gil, Oh Sang-uk and Kim Jun-ho took down Italy 45-26 in the gold medal match at Makuhari Messe Hall B in Chiba, east of Tokyo, on Wednesday.

This is the fourth gold medal for South Korea at the Tokyo Olympics, and the first to come from a sport other than archery. 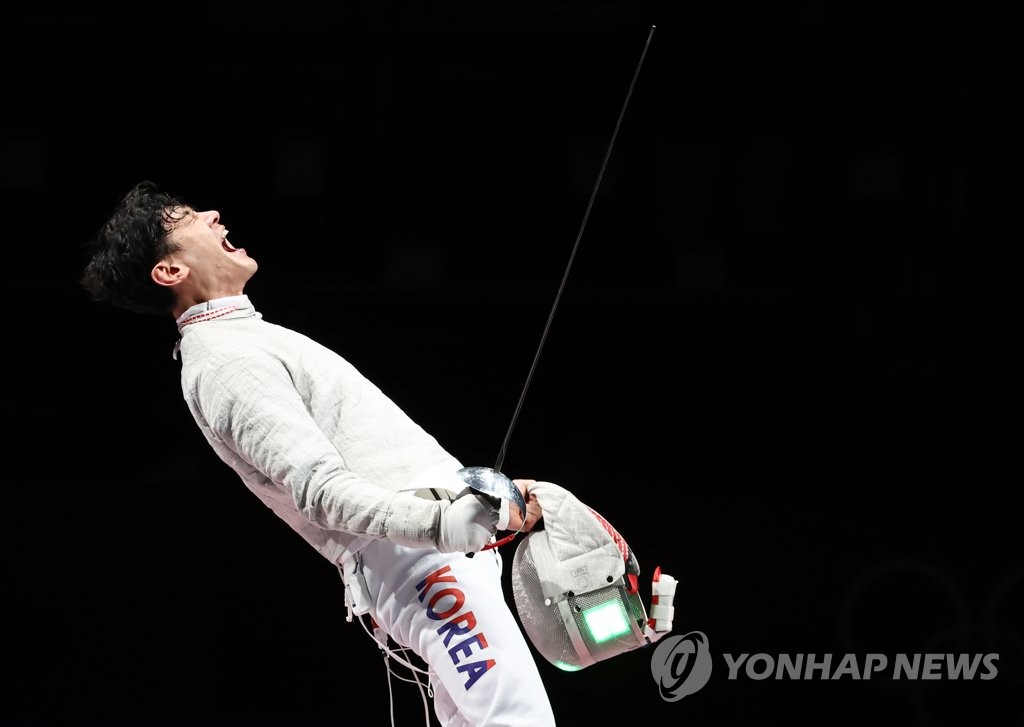 South Korea won the men's team sabre title in London in 2012, but the event was not included in the program for the 2016 Olympics. From 2004 to 2016, with 12 fencing events on hand but only 10 gold medal allocated to the sport, two team events had to be rotated out each time. The Tokyo Games are the first to award gold medals to all six individual and six team events.

Other than South Korea, only France, Italy, Hungary, Russia and the old Soviet Union have ever claimed the men's sabre team gold. All of them have won multiple titles.

Kim Jung-hwan and Gu were also members of the 2012 team. Kim has won individual bronze medals at each of the past two Olympics and now has four medals overall.

This was the first Olympic medal for Oh and Kim Jun-ho. 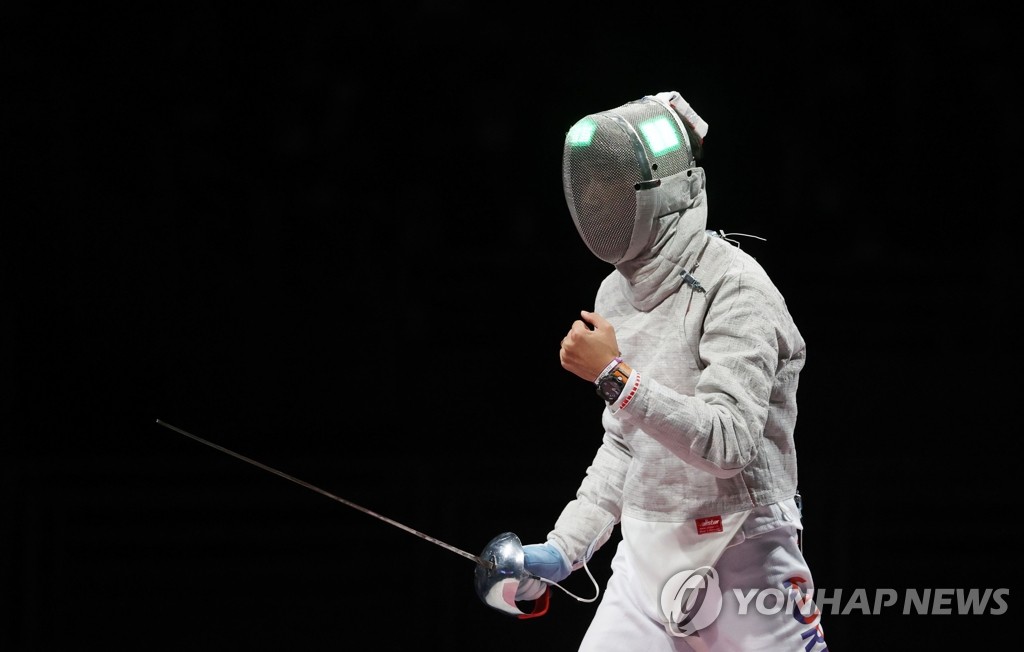 A team match is made up of nine individual bouts fought by three fencers. Each member of a team faces each member of the other team once, and teams can also use a substitute.

The match was essentially over after four bouts. With South Korea up 5-4, Oh handled Aldo Montano 5-0 in the second bout, and Gu beat Enrico Berre 5-2 in the next one to open up a 15-6 lead for South Korea. 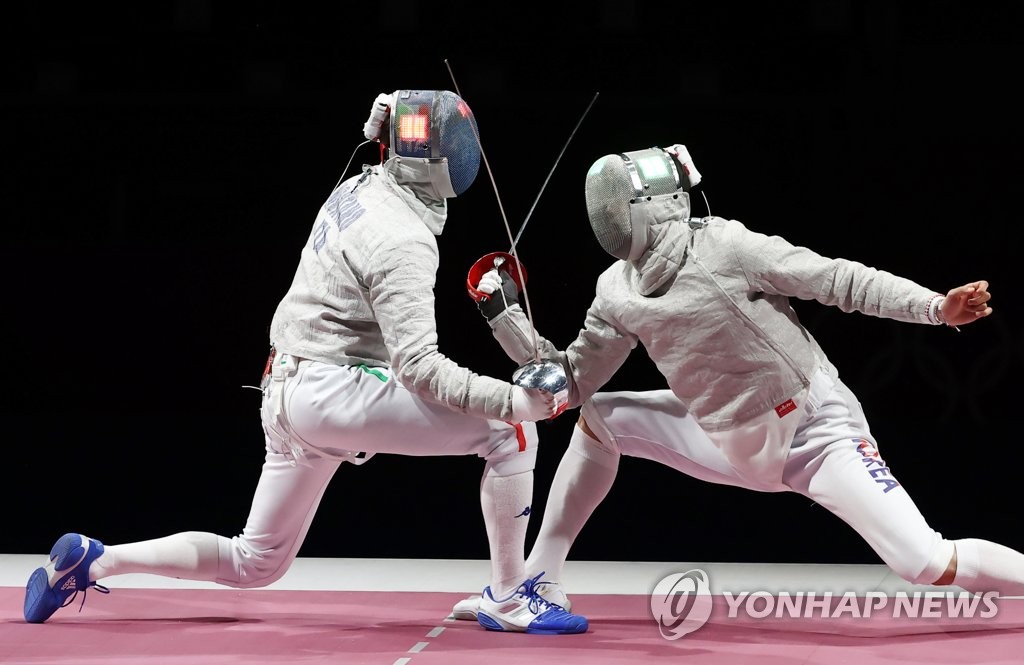 Gu put South Korea up 35-20 through seven bouts. Kim Jun-ho then came on as a substitute for the penultimate bout, and destroyed any remaining Italian hopes of a comeback with a 5-1 win over Berre.

Oh, world No. 1 in the individual rankings, took South Korea across the finish line. He gave up five straight points to Luca Curatoli but then got five in a row for himelf to close out the easy win.

This is the second straight team medal for South Korean fencing, following the silver medal by the women's epee team on Tuesday. 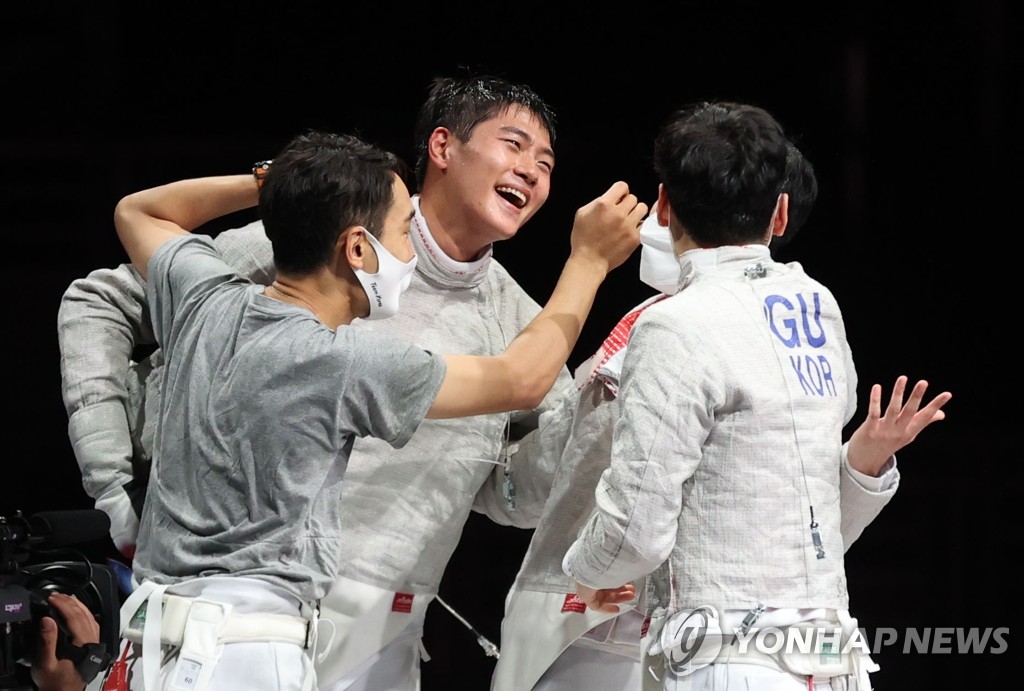