YOKOHAMA, Japan, July 28 (Yonhap) -- After dropping the first match in the Tokyo Olympic football tournament, South Korea took the next two matches by a combined score of 10-0.

As the team heads into the quarterfinals, head coach Kim Hak-bum said his players are just getting started.

"It's great to see the players get better and grow tighter with each passing match," Kim said after South Korea trounced Honduras 6-0 in the final Group B match at International Stadium Yokohama in Yokohama, south of Tokyo. South Korea won Group B and will take on the Group A runners-up, Mexico, in Saturday's quarterfinals.

"We may have won the group here but this is only the beginning," Kim added. "We'll have to go back to the drawing board and start all over again for the knockout stage." 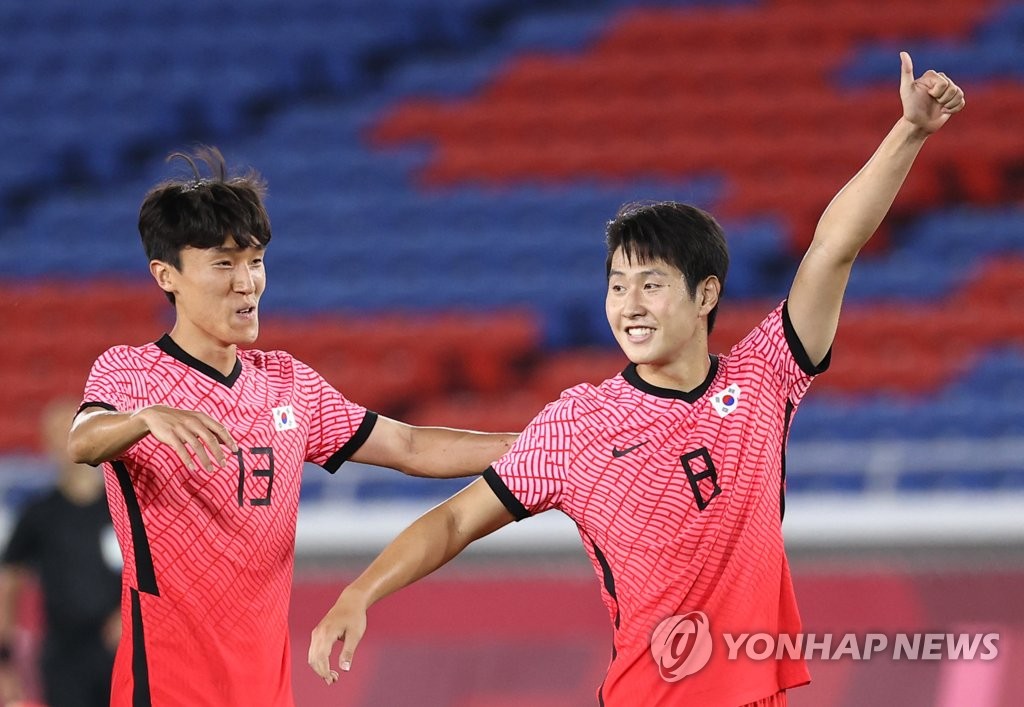 The 1-0 loss to New Zealand last Thursday is now a distant memory. South Korea beat Romania 4-0 three days after that loss, and then striker Hwang Ui-jo scored a hat trick in Wednesday's rout.

Asked what South Korea learned from the opening loss, Kim said, "It's hard to pick anything from that match. It was just a part of our process to get to the quarterfinals. Just because we didn't play well there, it doesn't mean we learned anything in particular."

Kim spoke to the media before the quarterfinals date against Mexico was set. He said he didn't have any preference.

"We don't get to pick who we're facing. We'll play the style of football that we've prepared to play, no matter who's coming up next," the coach said.

Hwang, one of three overage players for South Korea's under-24 team, was held scoreless in two earlier matches before exploding for three goals, two of them coming on penalties.

"I waited long enough, and I am relieved to have finally scored in the last group match," Hwang said.

Hwang celebrated his second goal by mimicking an archery shooting motion. He said he dedicated the goal to the South Korean archery team, which won all three team gold medals up for grabs. 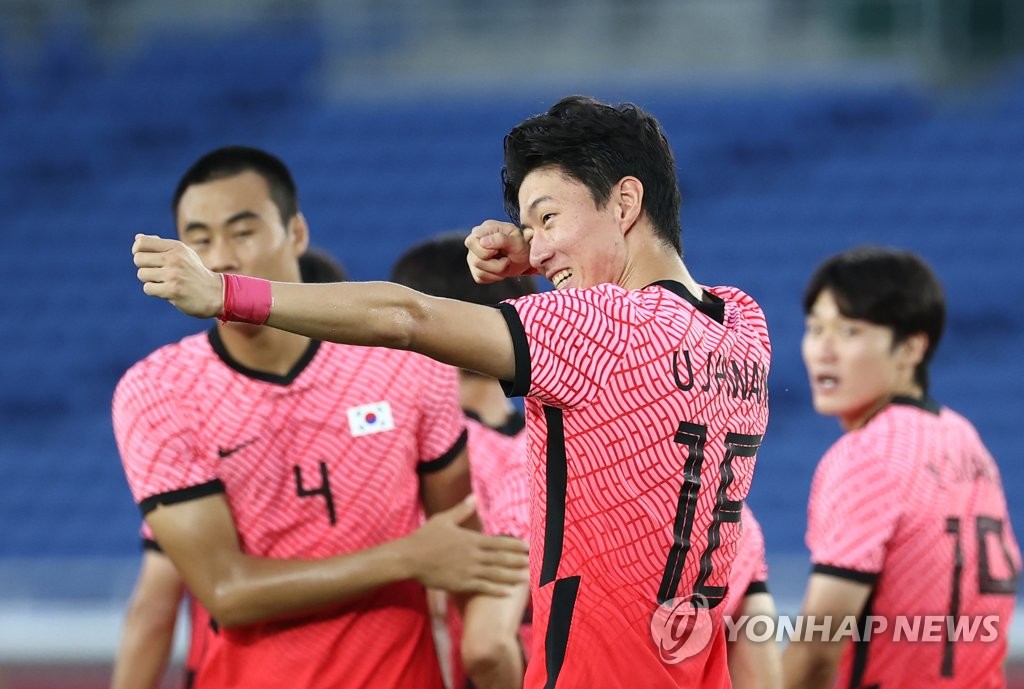 "We saw the passion for gold from our archers, and I think we need to demonstrate the same type of determination here," Hwang said.

Kim Je-deok, who won the mixed team and the men's team gold medals, is a huge football fan, someone who plays the sport with friends when he's not hitting bull's-eye with arrows.

Kim was trying to win three gold medals but got eliminated early in the individual round Tuesday.

When told of Kim's football fandom, Hwang said, "We'll try to win a gold medal for him."

He also got in on the celebrating act, doing a baseball swing after his second-half goal.

Lee said he has become friends with the national team slugger Kang Baek-ho, and the two have promised to mimic each other's sports after a goal or a home run.

"The team's victory is more important than my goal. I think I can do better than this," Lee said of his three-goals-in-two-matches streak. "I'll prepare even harder for the next match and help the team more." 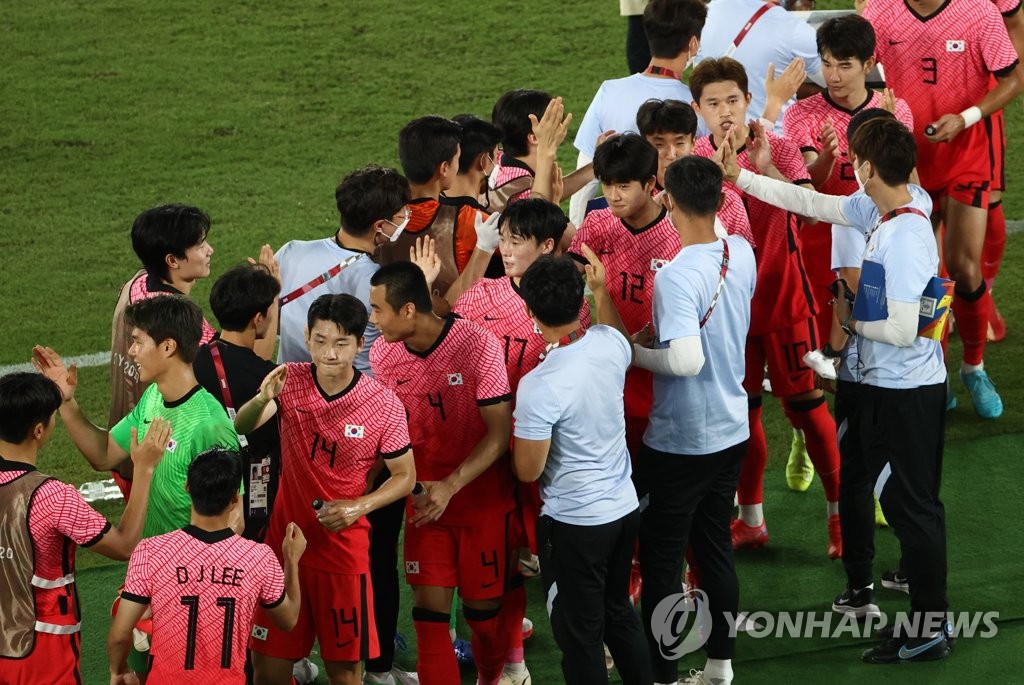