(ATTN: UPDATES with number of additional cases in 6th para)

The country added 1,674 COVID-19 cases, including 1,632 local infections, raising the total caseload to 195,099, according to the Korea Disease Control and Prevention Agency (KDCA).

The latest tally is a fall from a record 1,896 COVID-19 cases reported Wednesday but higher than 1,365 cases Tuesday.

Cases have been well above the 1,000 mark since early this month amid the country's fourth wave of the pandemic.

Health authorities and local governments reported 1,403 new cases as of 6 p.m., up 84 from the same time the previous day. Daily cases are counted until midnight and announced the following morning. 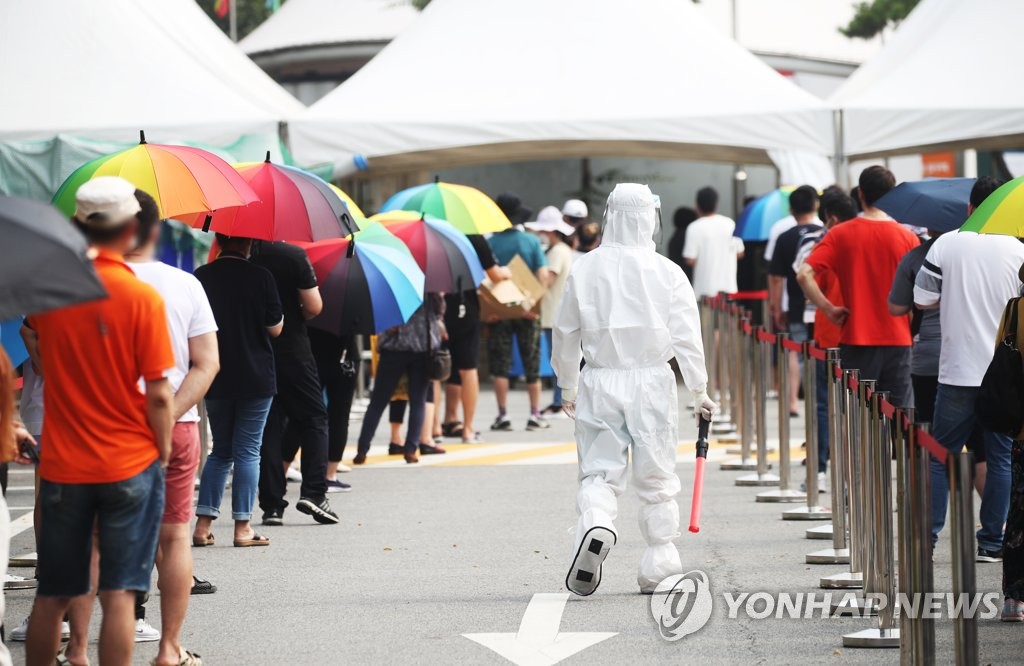 Health authorities worry that the fourth wave may not have peaked yet, considering growing cases of the highly transmissible delta variant despite strict virus restrictions.

To stem the spread of the virus, South Korea has extended the highest social distancing measures of Level 4 in the Seoul metropolitan area, the nation's virus hot spot in recent weeks, until Aug. 8.

The toughest restrictions ban gatherings of more than two people after 6 p.m., place a 10 p.m. curfew on restaurants and cafes, and ban nightclubs and other entertainment venues.

Areas outside the wider capital region have been under Level 3 measures since Tuesday, which will last until Aug. 8, though some municipalities have adopted Level 4 measures to better contain the virus.

Health authorities have said they will review a plan to implement stricter virus curbs if current distancing rules do not seem to improve the country's virus situation.

Sohn Young-rae, a senior health ministry official, said in a briefing that it is too early to introduce Level 4 measures nationwide, adding that the effect from virus restrictions outside of the capital will likely be apparent late next week. 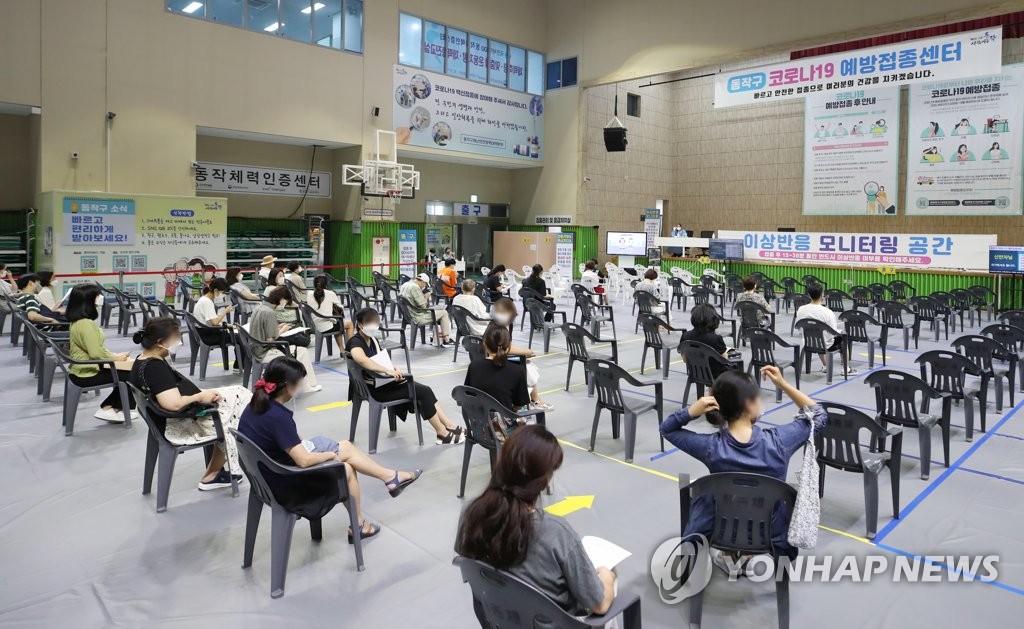 A total of 18.38 million people, or 35.8 percent of the country's 51.3 million population, have received their first shots of COVID-19 vaccines, and 7.02 million people have been fully vaccinated, the KDCA said.

South Korea aims to inoculate 70 percent of its population with one vaccine dose by September to reach herd immunity in November.

The country has so far administered two-dose vaccines from Pfizer, Moderna and AstraZeneca, as well as Janssen's single-dose vaccine.

Vaccinations have recently hit a snag amid supply uncertainties. Moderna earlier said the shipments initially set to arrive here late this month had been delayed to August due to production issues.

Health authorities expect 29 million doses of vaccines from Pfizer, Moderna and AstraZeneca to arrive in South Korea next month.

On Friday, they will announce the vaccination schedule for August.

Of the 1,632 domestic cases, infections from non-capital areas reached 570, or 34.9 percent of the total, after rising to the 30 percent mark in mid-July.

The southeastern port city of Busan and the surrounding South Gyeongsang Province reported 81 and 90 cases, respectively.

In the capital area, Seoul reported 508, while the surrounding Gyeonggi Province added 460. The western port city of Incheon confirmed 94 cases.

New cases from overseas arrivals reached 42, bringing the total to 11,775.

The total number of people released from quarantine after making full recoveries was 171,559, up 1,065 from a day earlier.

The number of patients in critical condition came to 285, down one from the previous day.