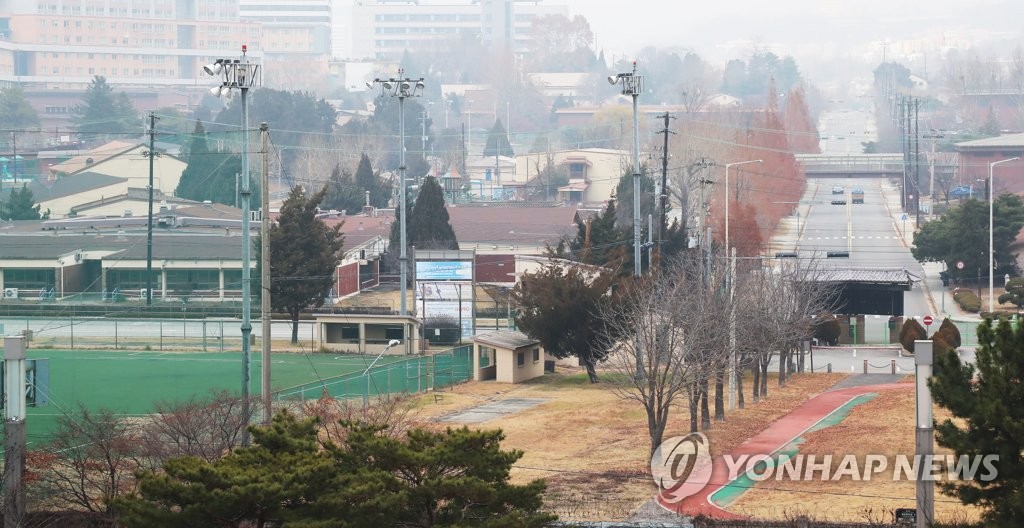 Ko Yun-ju, the ministry's director-general for North American affairs, and Lt. Gen. Scott L. Pleus, deputy commander of the U.S. Forces Korea, reached the agreement in a teleconference. They are representatives of the joint committee of the Status of Forces Agreement (SOFA), which governs the legal status of 28,500 American troops here.

The northern Main Post is still being occupied by the South Korea-U.S. Combined Forces Command (CFC) and other facilities currently in use, which makes it difficult to immediately proceed with the return process there. The South and the U.S. seek to relocate the CFC to Camp Humphreys in Pyeongtaek by next year.

Despite the shared commitment to advance the return plan, the South and the U.S. appear to have made little significant progress on key environmental issues, including who will cover the cost of decontaminating returned sites.

"It doesn't appear to be a situation where the U.S. has made a policy decision not to take responsibility (for the decontamination issue)," a ministry official told reporters.

"I think we have no other way but to continue consultations on differences, with patience and based on scientific grounds," he added.

In the Yongsan Garrison, more than 90 percent of its facilities and personnel have been relocated to Camp Humphreys, though many facilities have yet to be returned.

(LEAD) S. Korea, U.S. to seek return of about 1/4 of Yongsan Garrison by early next year

(LEAD) S. Korea, U.S. to seek return of about 1/4 of Yongsan Garrison by early next year