TOKYO, July 29 (Yonhap) -- South Korean swimmer Hwang Sun-woo finished fifth in the men's 100m freestyle at the Tokyo Olympics on Thursday, the best performance by an Asian in that event in nearly seven decades.

Hwang clocked 47.82 seconds at Tokyo Aquatics Centre in Tokyo, finishing 0.80 second behind the champion, Caeleb Dressel of the United States. 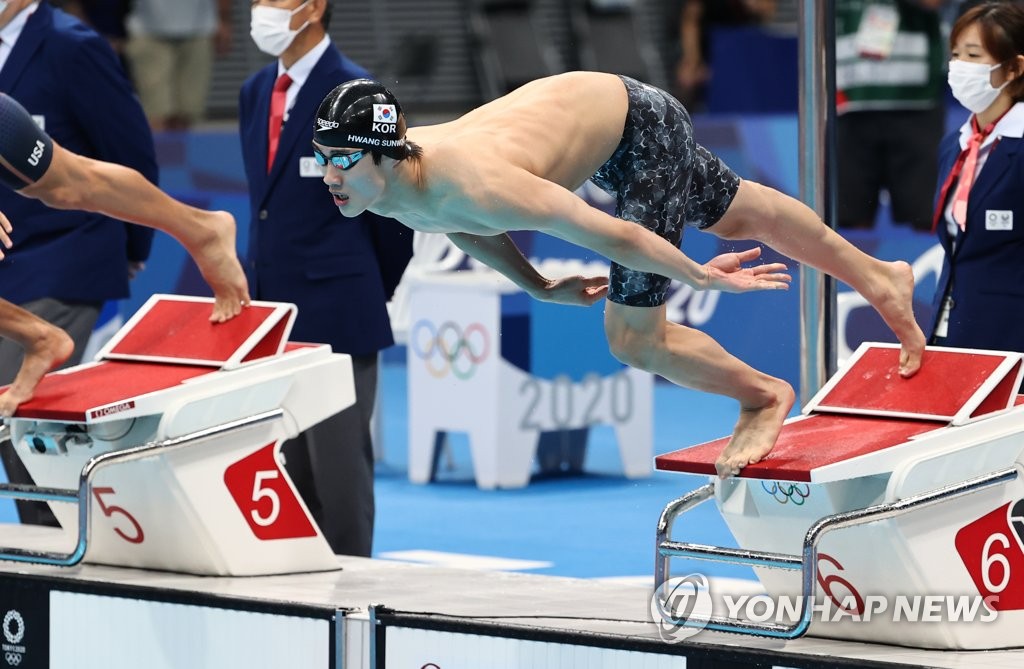 Hwang was the first South Korean to even race in an Olympic 100m freestyle final. He was trying to become just the second swimmer from the country to win a medal and join Park Tae-hwan, who won four medals combined in 2008 and 2012.

Hwang, 18, set an Asian record time of 47.56 seconds in the 100m freestyle semifinals on Wednesday. 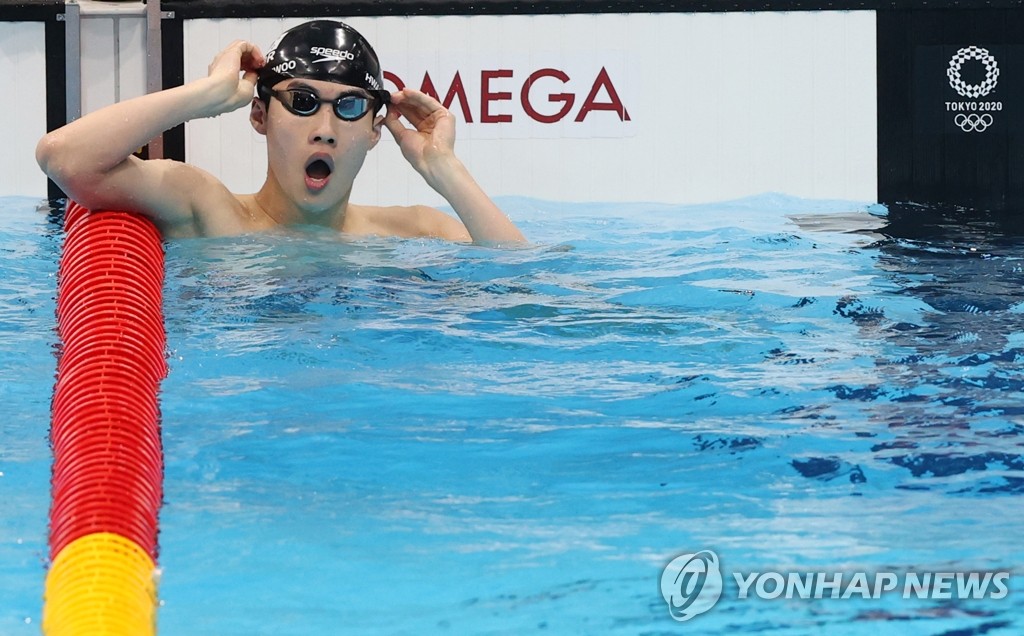 Swimming in Lane 6, Hwang had the fastest reaction time at 0.58 second. But he touched the 50m pad in 23.12 seconds, only the sixth-best time among eight finalists.

Hwang came home in 24.70 seconds to end in fifth place.

Dressel, in Lane 5, set an Olympic record with 47.02 seconds. The 2016 gold medalist Kyle Chalmers was 0.06 second back. Kliment Kolesnikov of the Russian Olympic Committee won the bronze in 47.44 seconds.

No Asian man has won a 100m freestyle medal since Hiroshi Suzuki of Japan won silver in 1952.
Hwang was the first man from the continent to even reach the 100m freestyle final since Atsushi Tani of Japan in 1956. Tani finished seventh then. 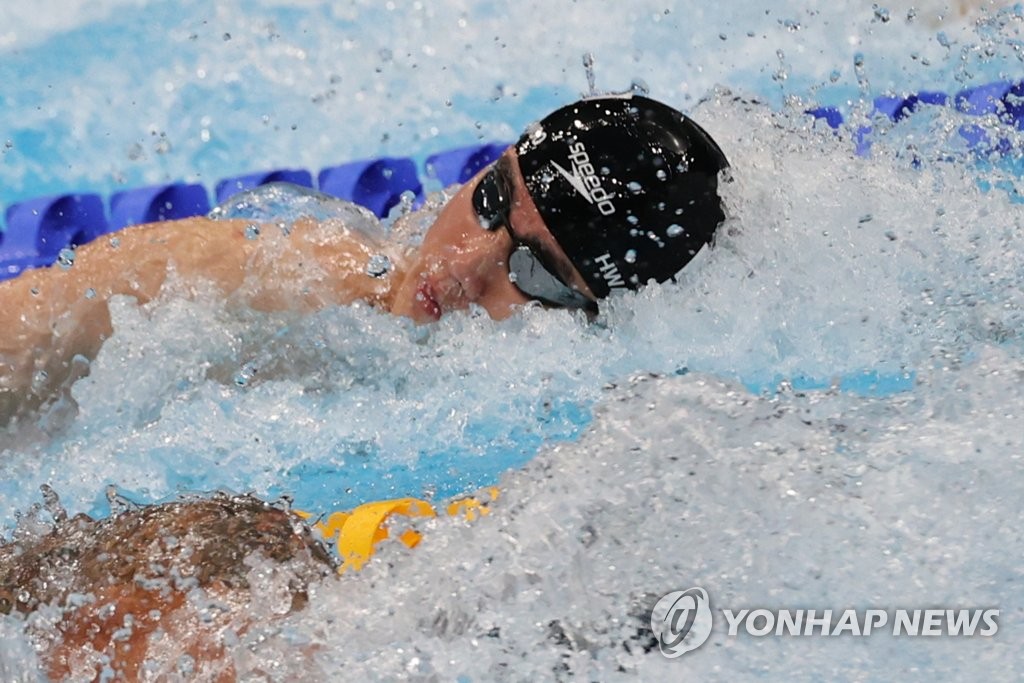