TOKYO, July 29 (Yonhap) -- South Korean swimmer Hwang Sun-woo arrived in Tokyo for his first Olympics this month as an up-and-comer to watch, someone who could maybe grow into a fringe medal contender by the next Olympics in 2024.

At this rate, Hwang, 18, will leave Tokyo as a force to be reckoned with, not in 2024 but much sooner than that. 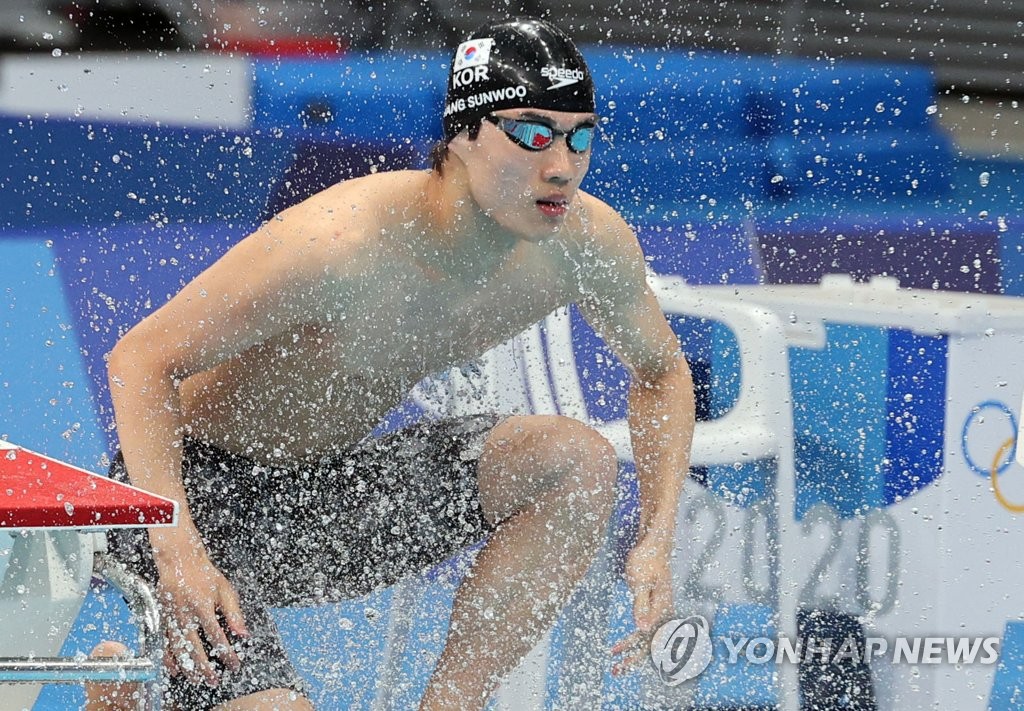 Hwang finished fifth in the men's 100m freestyle final Thursday, the best performance by an Asian swimmer in that event since 1952. He clocked 47.82 seconds, 0.80 back of the winner, Caeleb Dressel of the United States.

Hiroshi Suzuki of Japan won silver that year, and no one from the continent has reached the podium since. In 1956, another Japanese swimmer, Atsushi Tani, finished seventh in the 100m free. Hwang is the first Asian man to even race in the 100m freestyle final since Tani.

This was Hwang's second final in Tokyo. He was also among eight finalists for the 200m freestyle on Tuesday. He was in the lead at the 150m mark before fading away to finish in seventh. It was still the best Olympic performance by a South Korean swimmer since Park Tae-hwan won a silver medal in each of the 200m and 400m freestyle finals in 2012.

En route to reaching the 100m final, Hwang set an Asian record with 47.56 in Wednesday's semifinals, a day after breaking Park's 11-year-old South Korean record in the heats.

His time in the final was a tick slower but that did little to dampen the excitement and sense of anticipation surrounding the teen swimmer growing right before our eyes.

After the race, though, Hwang was too exhausted to discuss his place in history.

"I am just relieved to have finished my two main races," Hwang said, referring to the 100m and 200m freestyle. "I wasn't as pleased with today's race as yesterday's race. But it's an honor to have raced with such great swimmers. I was just happy to be here." 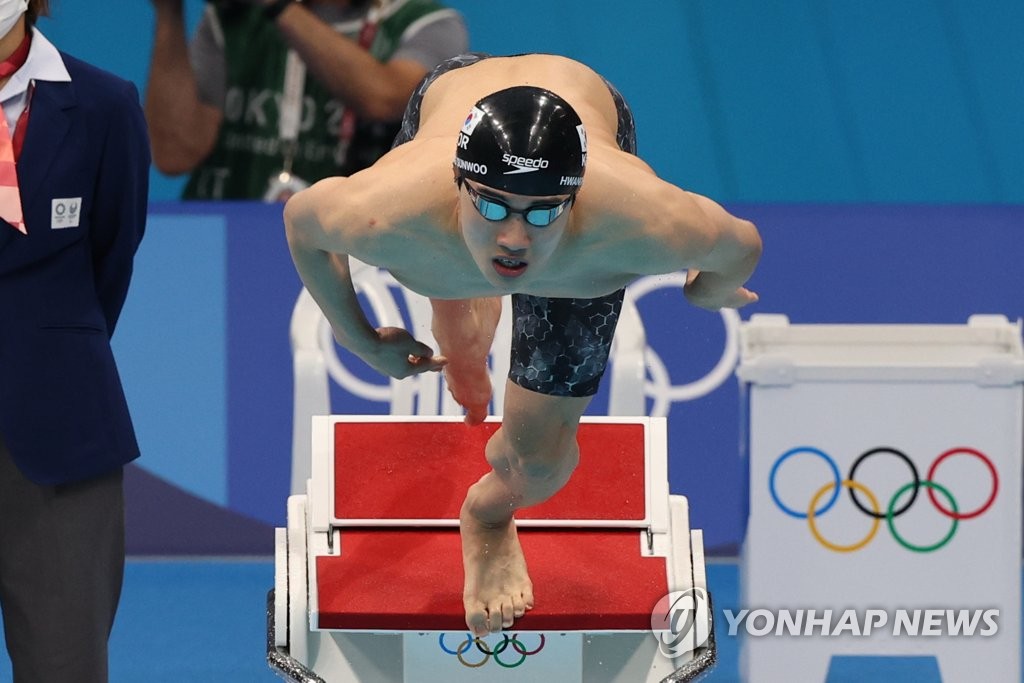 Hwang landed in Tokyo with the world's fifth-fastest time in the 200m and 13th-best time in the 100m this year. Given his inexperience, Hwang wasn't considered an immediate medal contender here. The hope was he'd be able to grow from his first taste of the Olympics and then get into more serious contention in Paris three years later.

Hwang doesn't appear to be interested in wasting much time. The future may already be here.

Hwang's race strategy is refreshing in that he doesn't really have one.

"It's difficult enough to reach the final in the 100m. I didn't have any strategy," Hwang said Wednesday after booking his spot in the final. "I just wanted to jump in and give it everything I have."

He stuck to much the same plan on Thursday. He had the fastest reaction time at 0.58 second. Up against world beaters like Dressel and the 2016 gold medalist Kyle Chalmers, though, Hwang's everything wasn't nearly enough.

He was sixth at the halfway mark but improved to fifth by the end. Hwang's final 50m split of 24.70 seconds was 0.25 faster than that of the bronze medalist, Kliment Kolesnikov of the Russian Olympic Committee. 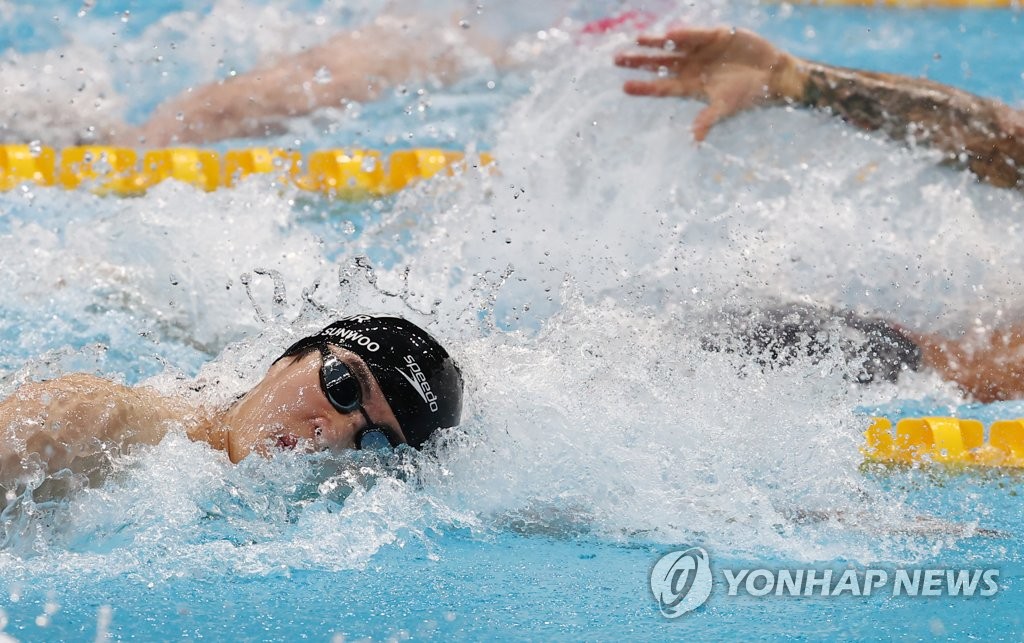 Hwang admitted he didn't have much left in his tank after the 200m free final.

"I just tried to hang tough and do my best," Hwang said. "I guess I was rewarded with a solid time."

Hwang said he needs to improve the early stretch of the race immediately after the start. The teenager is still growing, and he understands he will have to add more muscle to his 186 cm, 72 kg frame. 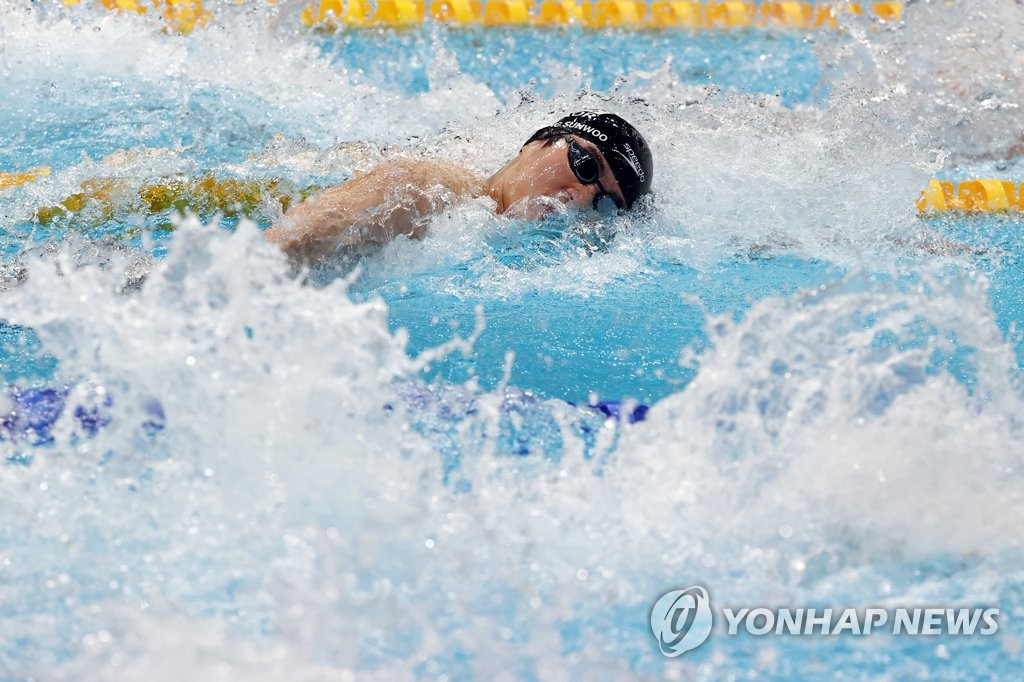 Asked how he's been able to hold his own against those bigger and stronger swimmers, Hwang hesitated momentarily and said, "I think I have the skills to compete despite my smaller frame."

Hwang has been hailed as the second coming of Park Tae-hwan. Hwang said he's happy to be mentioned in the same breath as Park but added, "I hope people will also remember my name."

He has the 50m freestyle remaining at the Olympics. The heats are scheduled for Friday.

"I won't think too much about the race. I will just empty my mind and swim," Hwang said. 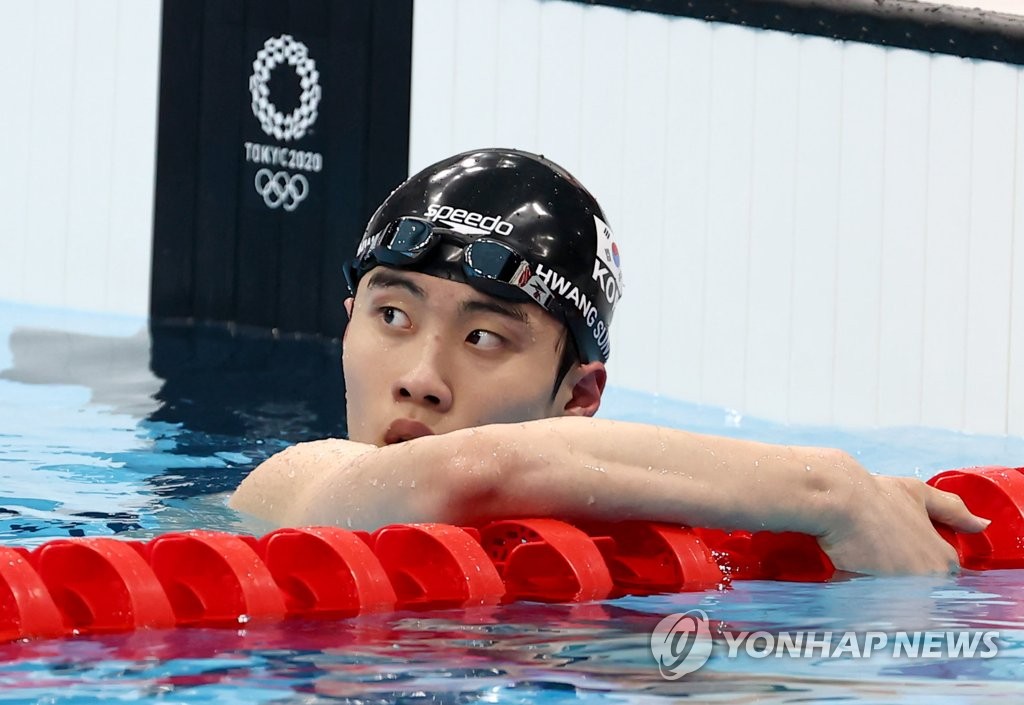