Noh Kyu-duk made the remarks at a peace forum, expecting the reactivation of the lines to help restore a "virtuous cycle," in which progress in cross-border relations will help advance ties between Washington and Pyongyang.

The two Koreas reactivated communication lines Tuesday, 13 months after the reclusive regime severed them in anger over activists having sent anti-Pyongyang leaflets across the border into the North.

"Cooperation on humanitarian support, for which the South and the United States have expressed willingness, will serve the interests of all and could contribute to forging the conditions for dialogue," Noh said at the forum hosted by the Institute of Foreign Affairs and National Security of the foreign ministry-affiliated Korea National Diplomatic Academy. 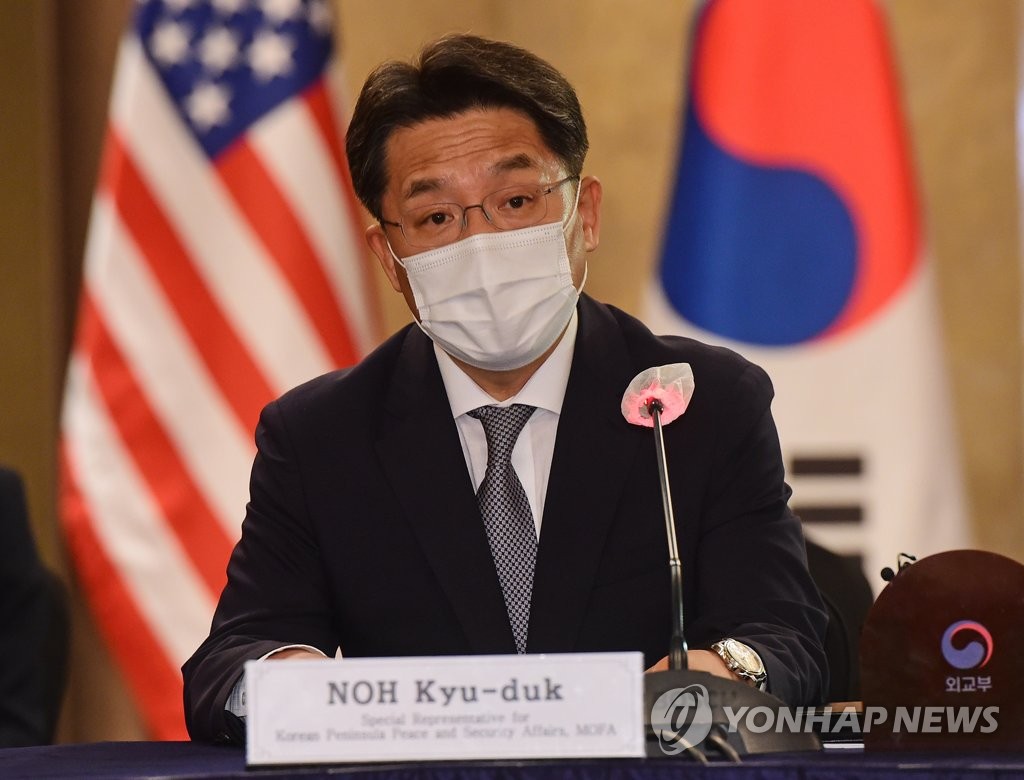 Noh also expressed expectations that the restoration of communication lines will be conducive to the resumption of talks between the U.S. and the North.

"To that end, our government has been looking into various ways as to what kind of concrete efforts it can make, and we have also been closely consulting with the U.S. side," he said.

The nuclear envoy also stressed the importance of the "constructive" roles by China and Russia, as well as cooperation with Japan, to bolster Seoul's drive to foster lasting peace on the Korean Peninsula.

Nuclear negotiations have remained deadlocked since the Hanoi summit between then U.S. President Donald Trump and North Korean leader Kim Jong-un ended without a deal in February 2019 . Since then, inter-Korean cooperation has also been at a standstill.