The vice chairman of Samsung Electronics Co. has been serving a 2 1/2-year prison sentence for bribing former President Park Geun-hye and her longtime friend in exchange for government support for a smooth transition of power to him at the conglomerate.

The survey was conducted on 1,003 adults from Monday to Wednesday by Embrain Public, Kstat Research, Korea Research International and Hankook Research amid speculation Lee could receive parole or special amnesty on the occasion of Aug. 15 Liberation Day, when presidents have often used their power to grant amnesties for the sake of national unity.

Meanwhile, 56 percent of respondents said they are against granting special amnesties to former Presidents Park and Lee Myung-bak, who have both been imprisoned on corruption charges. Those in favor came to 38 percent.

The survey had a margin of error of 3.1 percentage points at a 95 percent confidence level. 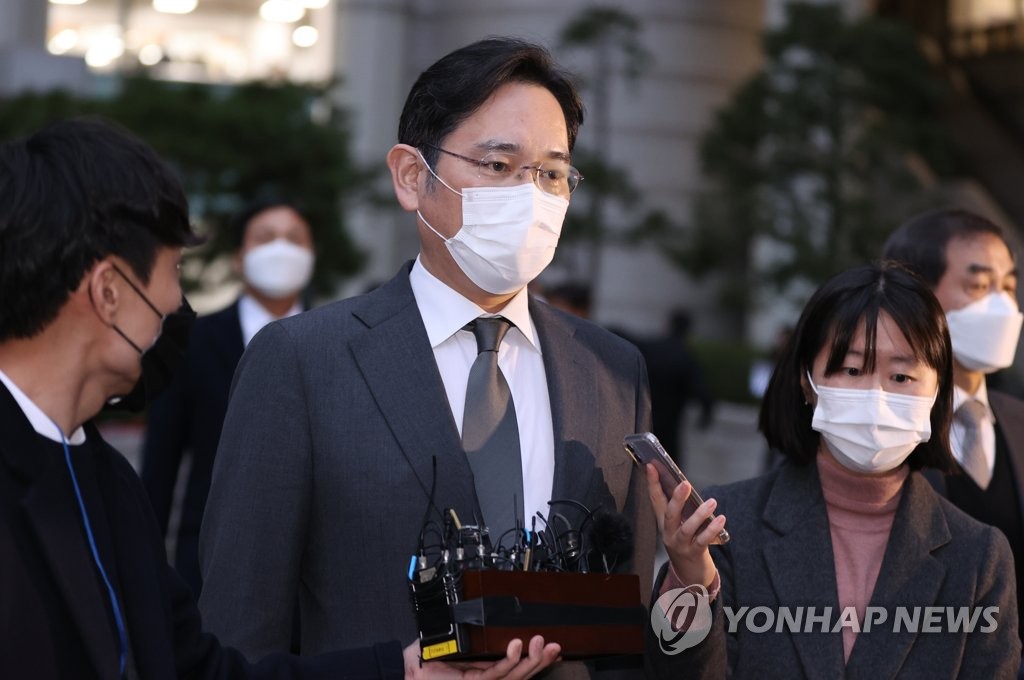