SEOUL, July 29 (Yonhap) -- The government will push for a video-linked reunion of divided families with North Korea as the most urgent inter-Korean project, Cheong Wa Dae said Thursday.

A presidential official made the remark when asked to comment on speculation that the government is seeking a video-linked reunion event with the North, following Tuesday's restoration of communication lines between the two Koreas.

"It is an issue agreed upon by the leaders of South and North Korea, and (video reunions are) the most effective way to immediately move forward in the face of the coronavirus situation," the official said.

President Moon Jae-in and North Korean leader Kim Jong-un agreed in April 2018 to "swiftly resolve the humanitarian issues that resulted from the division of the nation" including the reunion of families separated by the 1950-53 Korean War.

The two Koreas held their last face-to-face reunion of separated families in August 2018.

"The separated families are the most urgent humanitarian issue, and must be resolved as a top priority," the official said, vowing efforts to continue consultations with the North on the matter.

The speculation on the reunions arose after South and North Korea announced their leaders' agreement to improve ties on Tuesday, restoring communication lines that had been cut off for more than a year amid stalled nuclear negotiations.

During a weekly session of the National Security Council (NSC) standing committee on Thursday, South Korea's top security officials discussed ways to improve relations with the North, checking progress made after the two Koreas reopened their communication channels.

The NSC meeting was chaired by Suh Hoon, director of national security at Cheong Wa Dae. 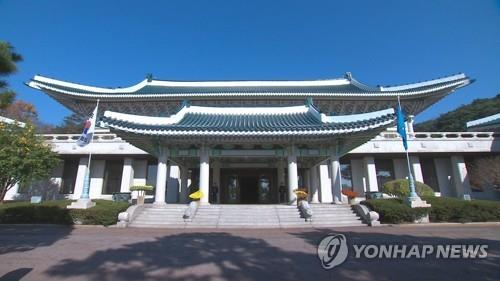