The country added 1,710 COVID-19 cases, including 1,662 local infections, raising the total caseload to 196,806, according to the Korea Disease Control and Prevention Agency (KDCA).

The latest tally is up from 1,674 cases reported Thursday but is lower than a record 1,896 cases Wednesday.

The daily caseload has remained above 1,000 since July 7 due to the resurgence in the greater Seoul area. Recently, cases outside of Seoul have been growing amid increased activities in the summer vacation season.

Health authorities and local governments reported 1,420 new cases as of 9 p.m., down 172 from the same time the previous day. Daily cases are counted until midnight and announced the following morning.

Authorities worry that the fourth wave may not have peaked yet, considering growing cases of the highly transmissible delta variant despite strict virus curbs. 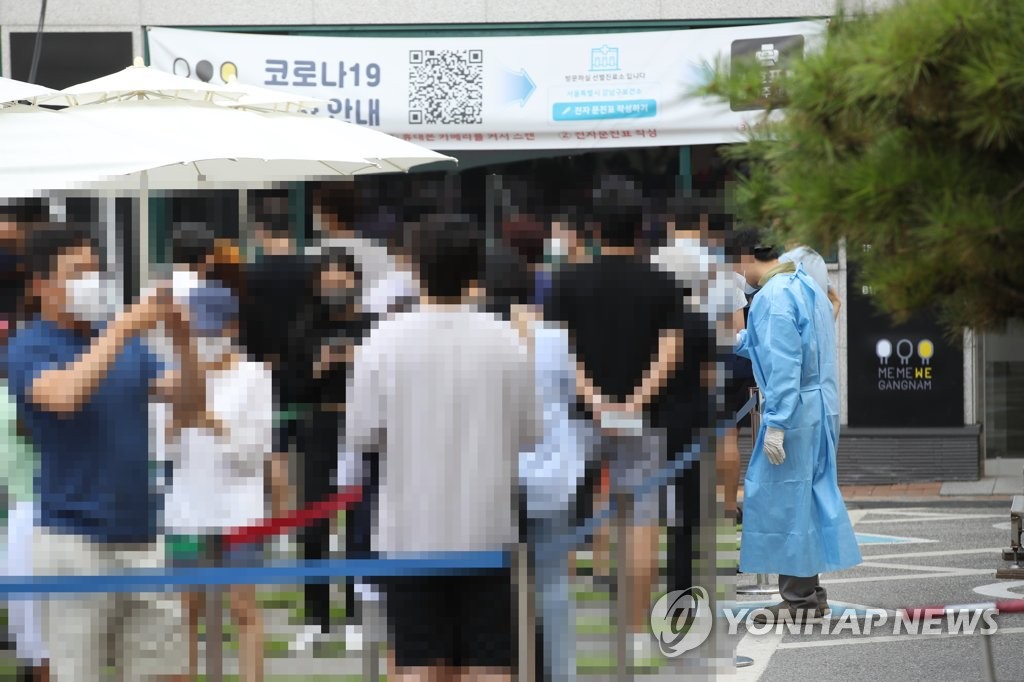 To stem the spread of the virus, South Korea has extended the highest social distancing measures of Level 4 in the Seoul metropolitan area until Aug. 8.

The toughest restrictions ban gatherings of more than two people after 6 p.m., place a 10 p.m. curfew on restaurants and cafes, and ban nightclubs and other entertainment venues. 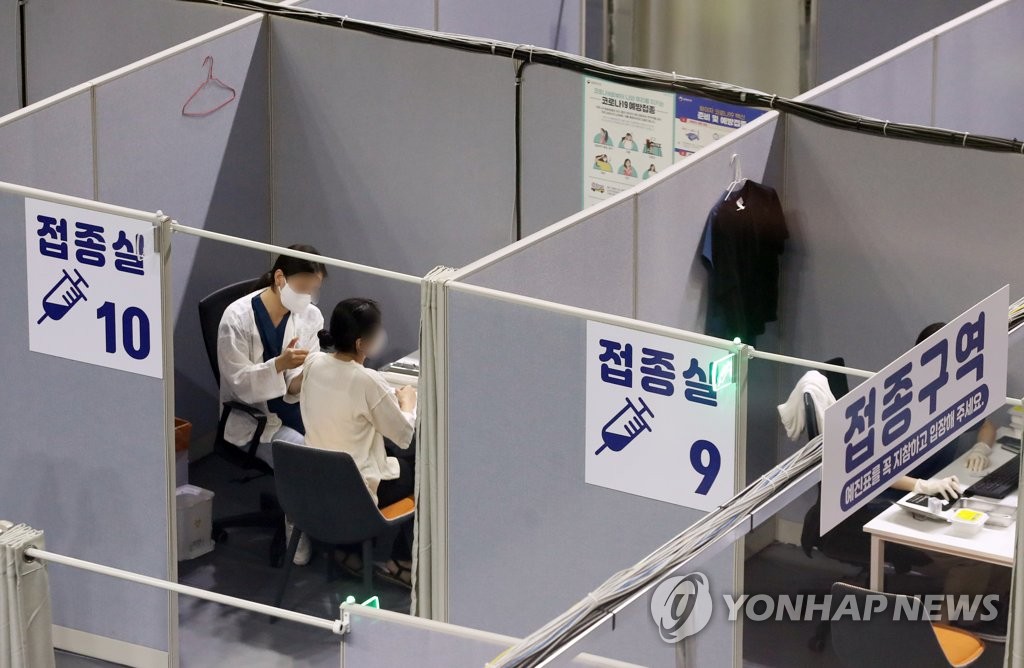 A total of 18.72 million people, or 36.5 percent of the country's 51.3 million population, have received their first shots of COVID-19 vaccines, and 7.06 million people have been fully vaccinated, the KDCA said.

Under its vaccine rollout plan, South Korea will bring in 28.6 million doses of COVID-19 vaccines in August and 42 million in September.

The authorities said 10.46 million doses of Moderna's COVID-19 vaccine will arrive in the country next month, which includes the delayed shipments from late July. Moderna earlier this month notified the delay in vaccine delivery due to production issues.

Of the Moderna vaccine shipments, 1.3 million doses will be supplied here on Aug. 6-7.

Health authorities said vaccinations for 17.77 million people aged 18-49 will take place from Aug. 26 to Sept. 30. They will be administered with mRNA vaccines from Pfizer and Moderna.

The authorities will also inoculate people with developmental disabilities, international seafarers, homeless people and undocumented foreigners in August and September.

The country plans to inoculate 36 million people by September and achieve herd immunity by November. 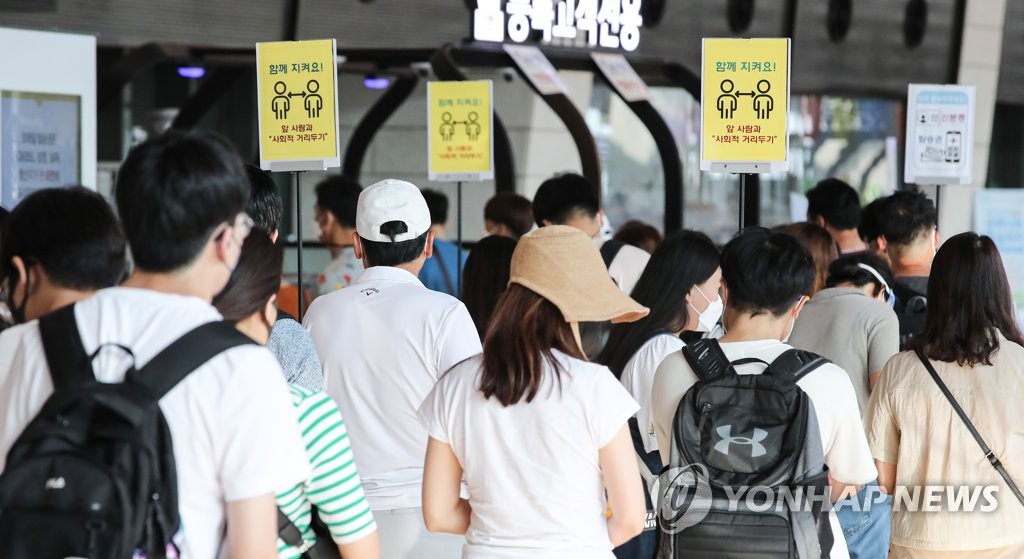 Of the 1,662 domestic cases, infections from non-capital areas reached 548, or 33 percent of the total, after rising to the 30 percent mark in mid-July.

The southeastern port city of Busan and the surrounding South Gyeongsang Province reported 77 and 98 cases, respectively.

In the capital area, Seoul reported 487, while the surrounding Gyeonggi Province added 515. The western port city of Incheon confirmed 112 cases.

Among virus clusters, a taekwondo academy in Daejeon added five more cases, raising its total to 234.

The number of cases tied to an indoor sports facility in Daegu rose by six to 144, while cases linked to a bathhouse in Busan increased by five to 99.

New cases from overseas arrivals reached 48, up six from the previous day, bringing the total to 11,823.

Of the newly added imported cases, 10 came from Uzbekistan, followed by Indonesia and Myanmar with six each.

The total number of people released from quarantine after making full recoveries was 172,757 up 1,198 from a day earlier.

The number of patients in critical condition came to 299, up 14 from the previous day.

Health authorities said 5,800 hospital beds, or 37 percent of the beds at residential COVID-19 treatment centers in the country are available for use. Of the some 800 beds allocated for virus patients in serious condition, 381, or 47 percent, of the total, are vacant, they added.

Regarding virus treatments, the KDCA said Veklury, formerly known as Remdesivir, that is developed by Gilead Sciences Inc., has been administered to 10,031 patients here.

Regkirona, a homegrown COVID-19 treatment from local pharmaceutical firm Celltrion Inc., has been provided to 7,829 patients.