SEOUL, July 30 (Yonhap) -- South Korea will receive 1.3 million doses of the Moderna vaccine next week, Prime Minister Kim Boo-kyum said Friday, as the government is preparing to expand the COVID-19 vaccine shots to those aged under 50.

"On Aug. 6 or 7, 1.3 million doses of the Moderna vaccine are scheduled to be supplied in South Korea," he said during an interagency meeting on the virus crisis.

Consultations with the U.S. pharmaceutical company have been finalized for the shipment of a total of 8.5 million doses of the vaccine within the next month, he added.

He was countering public doubts about the supply of the vaccine here, a key element in the nation's coronavirus vaccination campaign over the coming months, along with the Pfizer product. 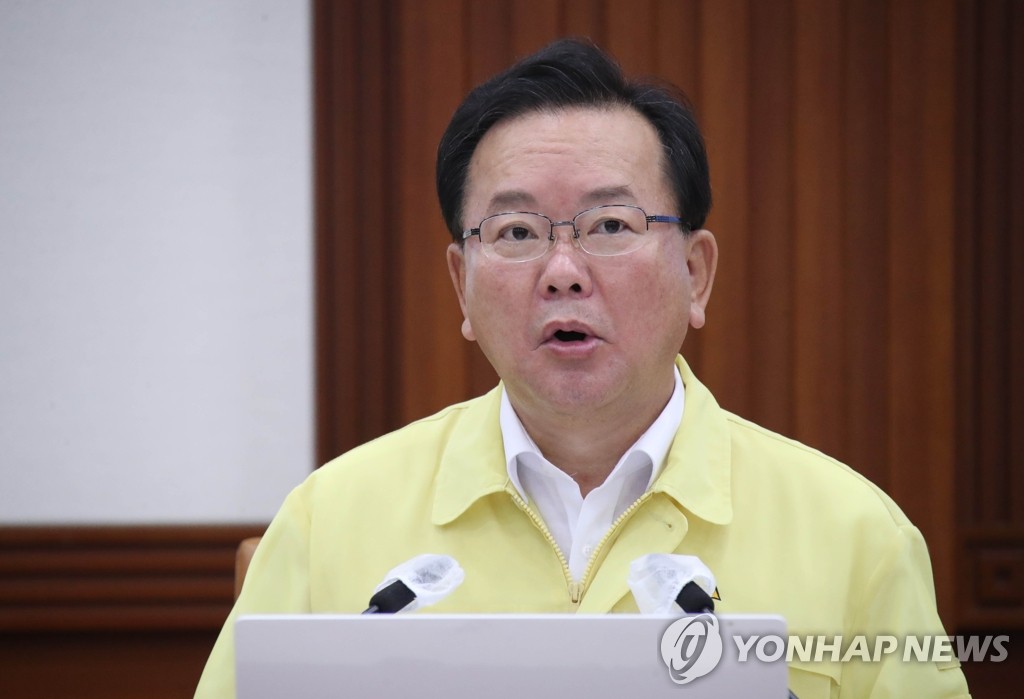 The arrival of around 2 million doses of the Moderna vaccine in South Korea, originally slated for July, has been delayed. The firm cited an unspecified production issue.

Kim, meanwhile, said that inoculations for people in their 50s, which got under way Monday, are proceeding smoothly.

"In August, the government will speedily carry out the vaccinations for people in their 40s and younger," he said.

It will be able to attain the goal of giving more than 70 percent of the people in South Korea at least their first vaccine shot by the end of September, he added.