According to the Parcel Delivery Workers' Solidarity Union, a 57-year-old courier at a Lotte Global Logistics terminal in Busan, 450 kilometers southeast of Seoul, fainted Wednesday morning while loading a vehicle.

He fell down foaming at the month and was sent to a nearby hospital, the union said. 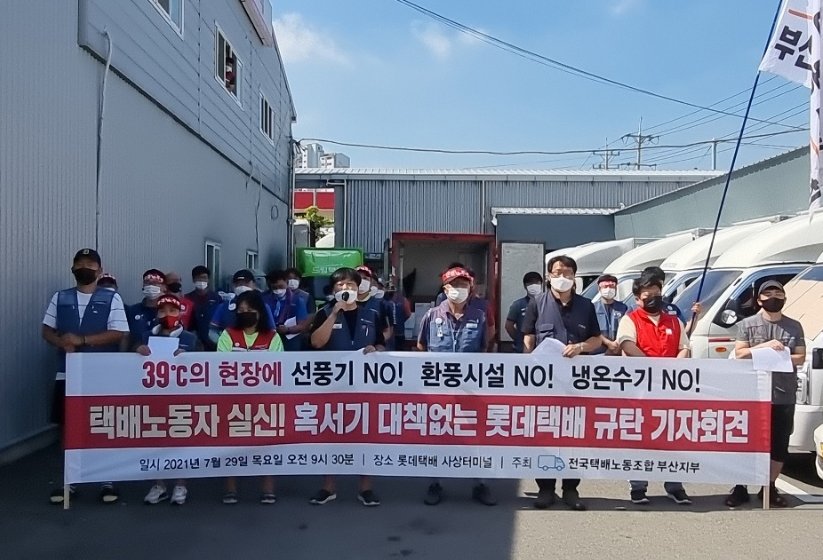 "The worker was healthy and never got sick," a union official said during a press conference outside the terminal the next day. "But in the dangerous temperature of 39.4 C, he complained of dizziness from overheating and difficulty breathing."

The union blamed the incident on conditions inside the facility.

"Not only are there no fans, there isn't a ventilation device," the official said. "There are no lounges where people can take a break and no watercoolers in a facility with more than 100 workers, so workers have to bring or buy their own water."

The union claimed it made repeated requests to the company for fans, ventilation devices, watercoolers and ice machines but got no response. 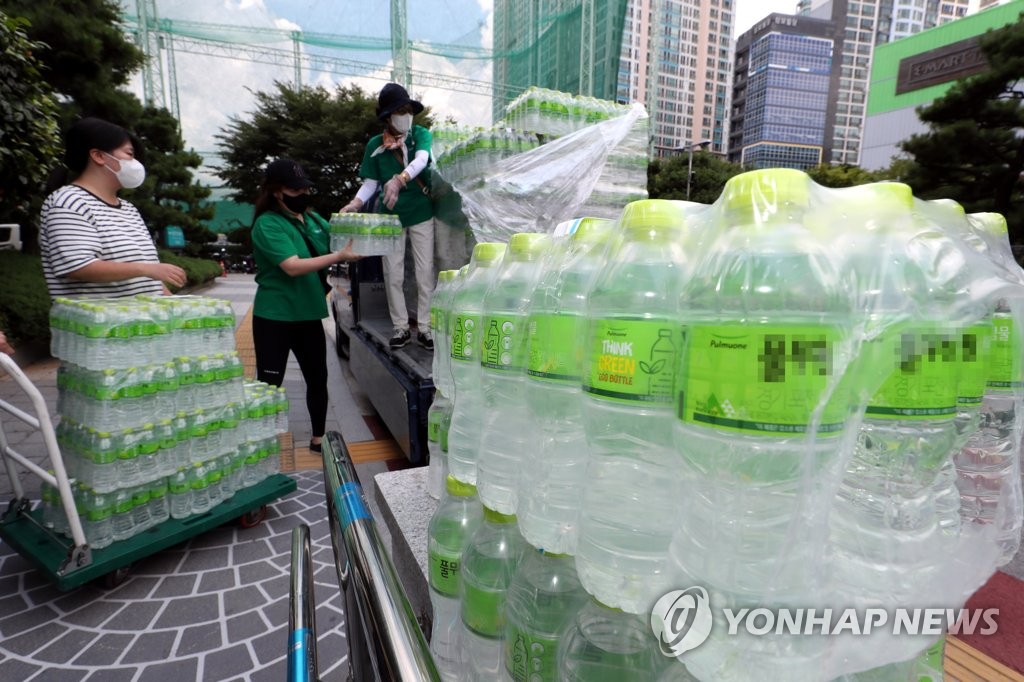 Only after the worker collapsed Wednesday and union officials visited the company's regional office to protest, the company agreed to look into their demands and give an answer by next week, the union said.

"We will fight until the end," the union official said.

Lotte Global Logistics disputed their account, however, saying the facility has run fans since June and that watercoolers have been installed in each of the offices belonging to the seven distributors that share the facility.

The union has claimed that three other delivery workers in Seoul and Seongnam, just south of the capital, recently suffered from exhaustion and breathing problems while working under poor conditions in the sweltering heat.