According to the sources, the Eunpyeong Jeil Church in northwestern Seoul filed a lawsuit earlier this month asking the Seoul Administrative Court to cancel the Eunpyeong ward office's order that the church suspend its operation for 10 days. The church also sought the court injunction while its lawsuit proceeded.

The court said it recognized the urgent need to prevent the ward office's order from inflicting damage that could be irreparable to the church.

"It is difficult to see that the injunction will have a grave effect on public welfare and interest," the court added.

The court ruling allowed the church to operate normally for the time being but in compliance with the government's social distancing rules. 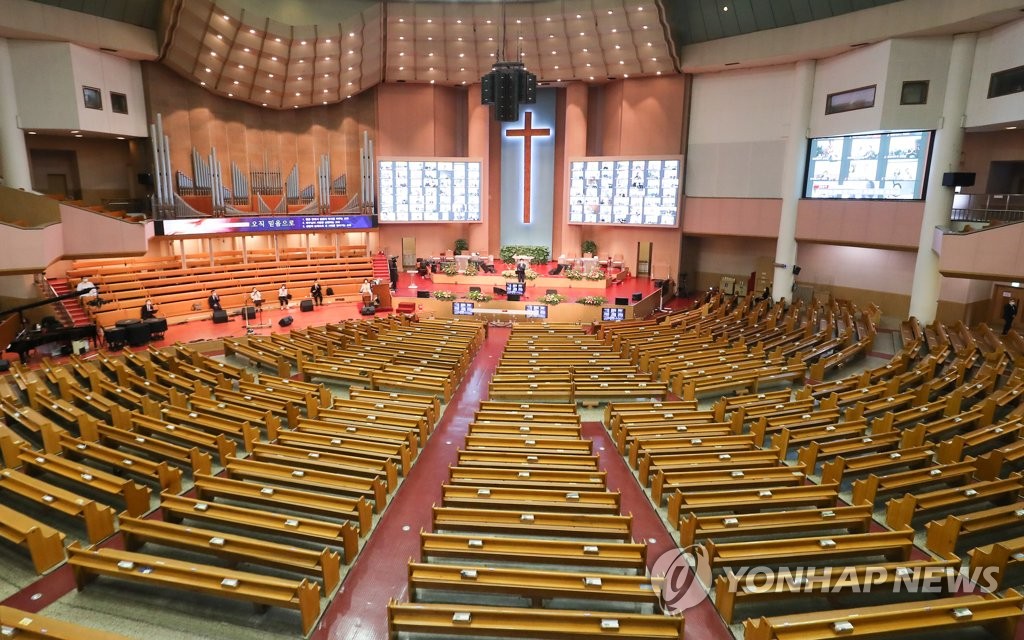 The Seoul church held in-person services attended by a total of 473 people on July 18, days after the government implemented the strictest Level 4 social distancing guidelines in the greater Seoul area. Under the current level, all worship services must be held virtually.

The Eunpyeong ward office then ordered the church to halt operation for 10 days from July 22, and warned of a possible shutdown of the facility if it does not follow the directive from the municipality.