TOKYO, July 30 (Yonhap) -- An San shot herself into the record books on Friday, winning the women's individual archery event in Tokyo to become the first archer ever to claim three gold medals at a single Olympics. 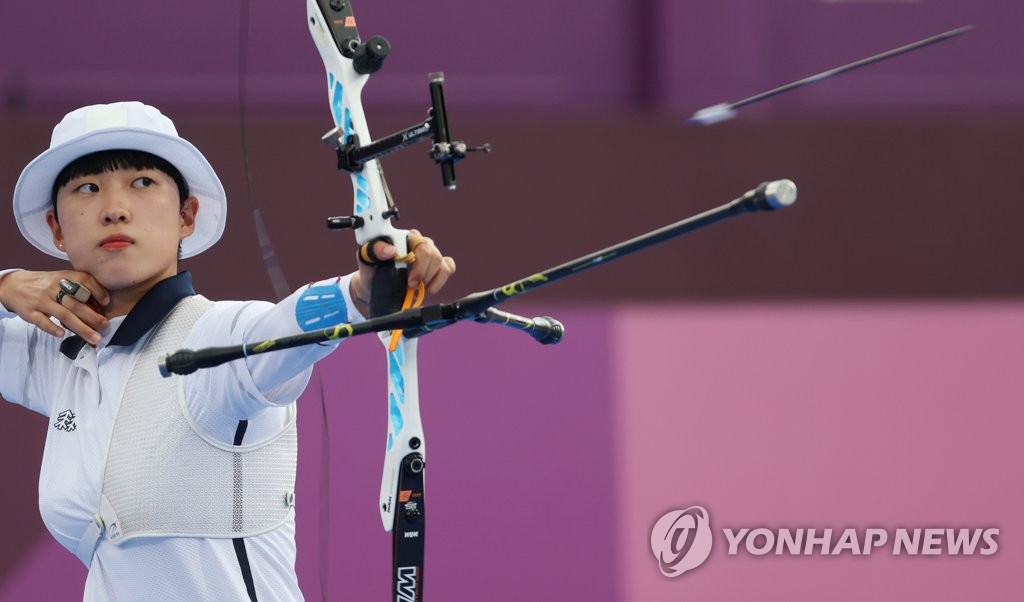 An is also the the first South Korean triple gold medalist at a Summer Olympics, and the first athlete with three gold medals in Tokyo.

She defeated Elena Osipova of the Russian Olympic Committee by the set score of 6-5 in the final at Yumenoshima Park Archery Field in the Japanese capital, completing the unprecedented trifecta after winning the mixed team and the women's team gold medals.

The mixed team event made its Olympic debut here last week, meaning this was the first Olympics in which an archer had an opportunity to win three gold medals.

An's teammate, Kim Je-deok, was gone early in the men's individual event, leaving the 20-year-old as the only one with a chance to make history.

An rose to the occasion in a memorable final against Osipova, beating her in a shoot-off with a 10.