CHIBA, Japan, July 30 (Yonhap) -- South Korea overcame an early deficit to beat China for the bronze medal in the men's epee fencing team event of the Tokyo Olympics on Friday.

The team of Park Sang-young, Kweon Young-jun and Song Jae-ho beat China 45-42 in the bronze medal match at Makuhari Messe Hall B in Chiba, north of Tokyo. 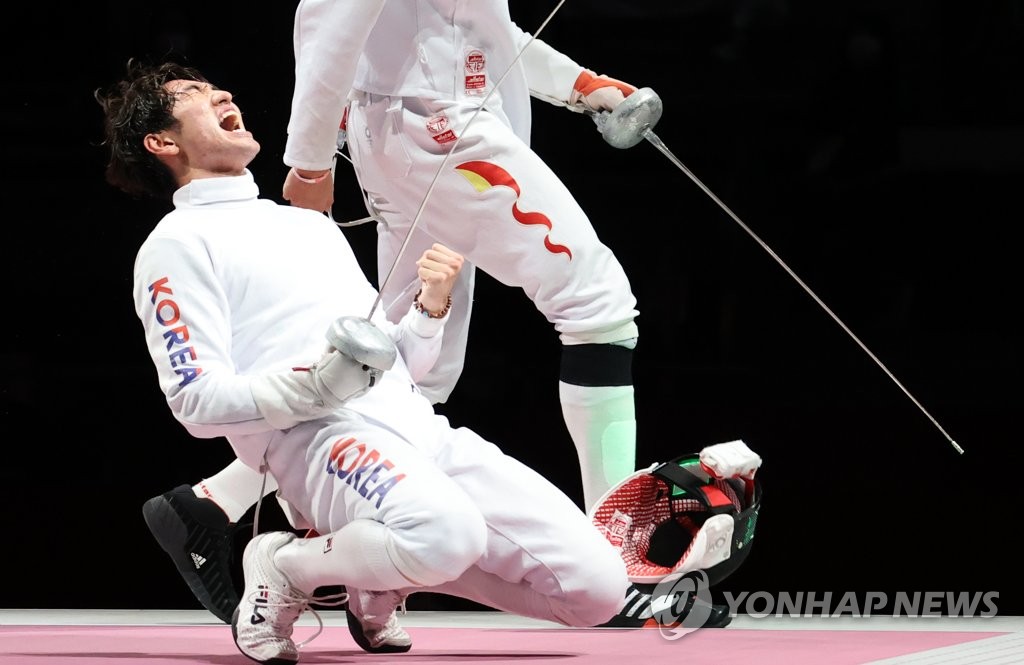 This is South Korea's first medal in the men's epee team event. South Korea and Japan, set to compete in the final later Friday, are the first Asian countries to reach the podium in this discipline.

It's the fourth fencing medal for South Korea at these Games. Kim Jung-hwan won bronze in the men's individual sabre event and then helped the men's team to gold. The women's epee team won silver.

A team match is made up of nine individual bouts fought by three fencers. Each member of a team faces each member of the other team once, and teams can also send in a substitute.

A head-to-head bout lasts three minutes or until one team's score reaches a multiple of five.

The objective is to get to 45 points first or to have more points than the opposition by the end of the ninth bout. Epee fencers can score simultaneous touches. 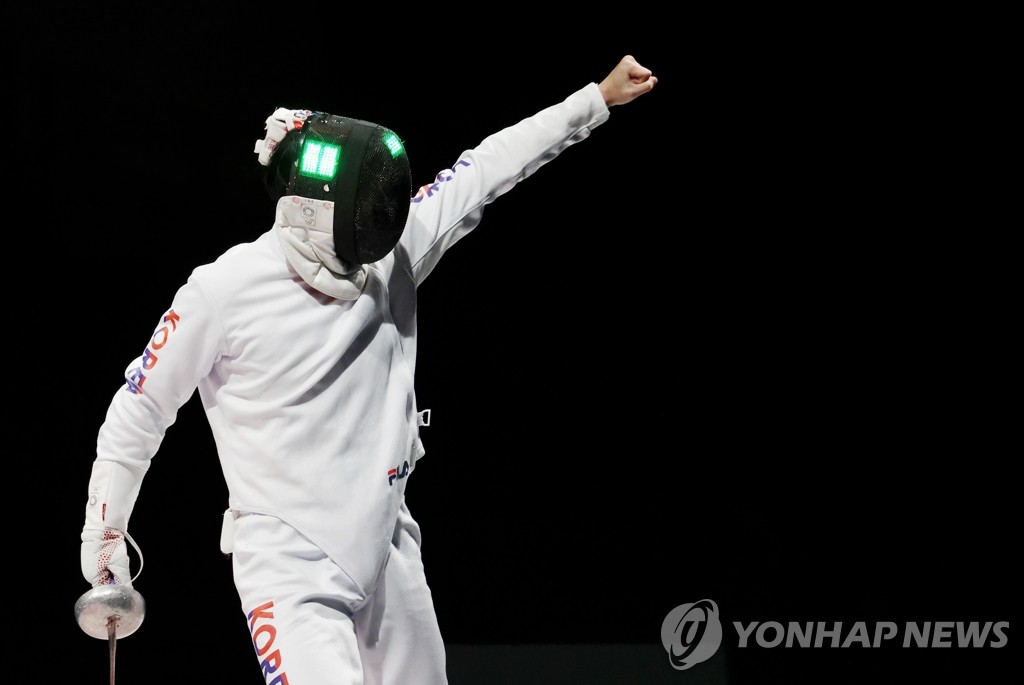 South Korea trailed 27-23 after six bouts but pulled into a tie at 34-34 heading into the final bout. Park then took on Dong Chao and beat him 11-8 to take South Korea to 45 points first in a scintillating victory.

Park pulled off some heroics earlier in the day, too, single-handedly rescuing the team from the brink of elimination in the quarterfinals against Switzerland.

South Korea was down 34-30 through eight bouts, and Park outscored Benjamin Steffen 14-5 in the deciding bout for a 44-39 win.

A 45-38 loss to Japan relegated South Korea to the bronze medal match, where Park once again took the team across the finish line. 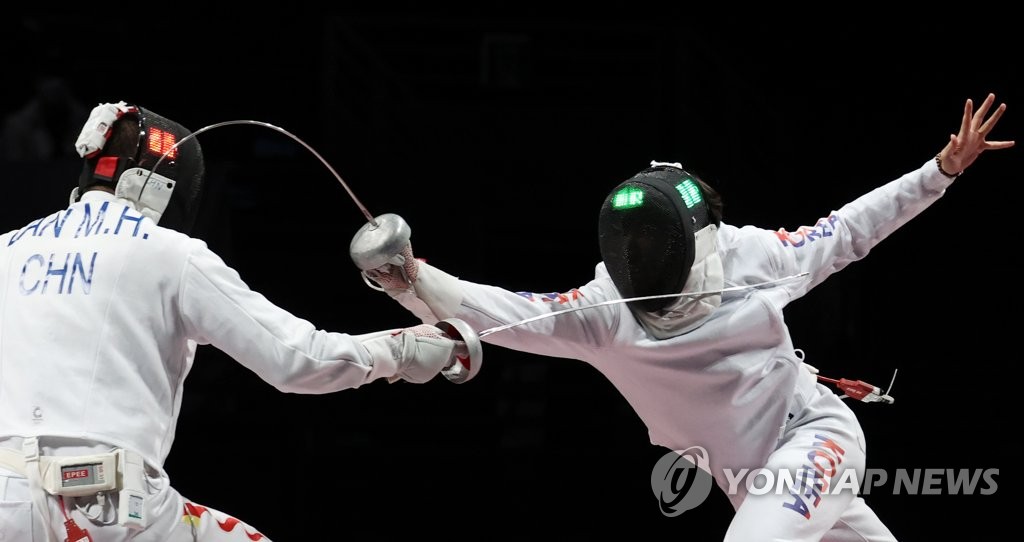