SEOUL, July 31 (Yonhap) -- A total of 265 out of 272 service members who had contracted the new coronavirus while on anti-piracy missions in waters off Africa were released from medical facilities Saturday after making full recoveries, the defense ministry said.

Of the total, 227 returned home and another 38 transferred to other facilities for an additional weeklong quarantine as a preventive measure after doctors said they had fully recovered, according to the ministry.

The other seven sailors will continue to receive treatment for mild symptoms, it said.

Twenty-nine members who tested negative and are currently in isolation at a Navy facility will undergo another round of virus tests Monday to exit quarantine the next day, the ministry said.

"The Cheonghae unit is the honor and pride of South Korea," Moon said in the letters, vowing utmost efforts to provide necessary support for their treatment.

Separately, the ministry said two Air Force civilian employees, an Army officer and two soldiers have tested positive for the virus, raising the total caseload reported among the military population to 1,503.

As of Friday, 114,171 troops aged 30 and older, or 98 percent of the age group who had their first COVID-19 vaccine shots, had received their second doses. 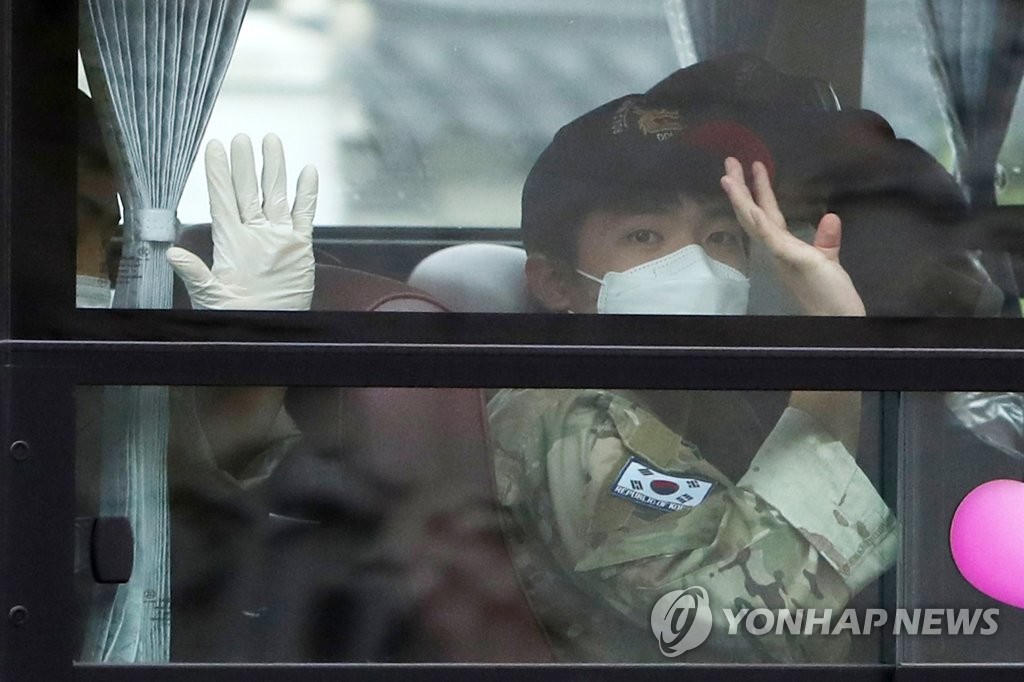