YOKOHAMA, Japan, July 31 (Yonhap) -- South Korea lost to the United States 4-2 on Saturday to finish second in Group B in the Tokyo Olympic baseball tournament, after getting hurt by long balls for the second straight game. 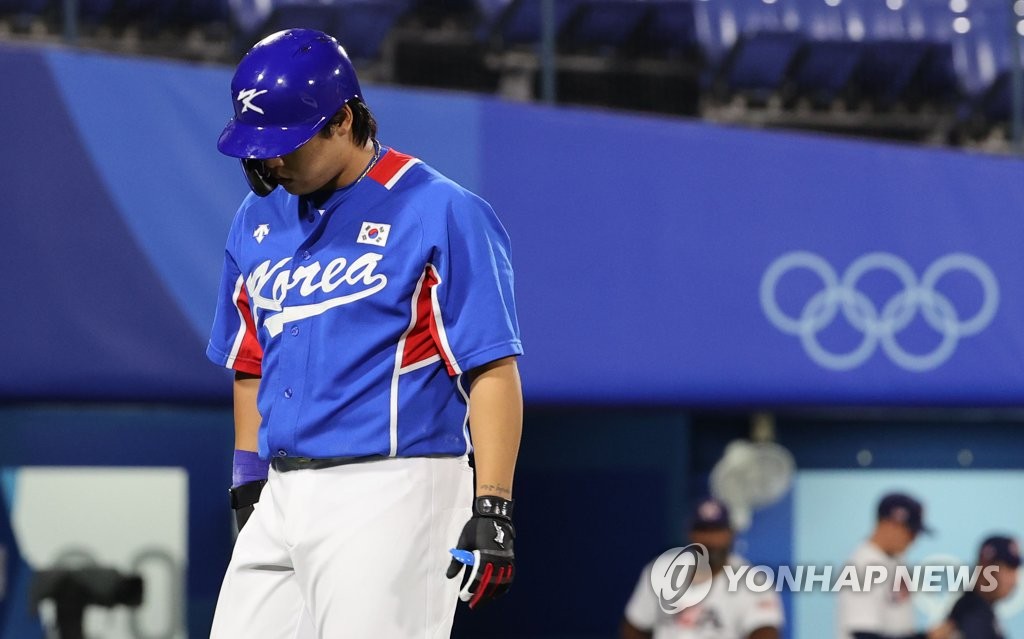 South Korea will play its first knockout game against the Group A runner-up, the Dominican Republic, at 7 p.m. Sunday. The game will also be in Yokohama. The U.S. will next face Japan on Monday.

South Korea opened the scoring with an RBI fielder's choice by Kim Hyun-soo. With runners at the corners, Kim chopped a groundball to second for what could have been a double play. But Kim busted down the line and beat the throw to first base as Park Hae-min crossed the plate for a 1-0 South Korean lead.

South Korean starter Ko Young-pyo held the U.S. to a single over the first three innings, relying on his beguiling changeup to induce whiffs and soft contact. 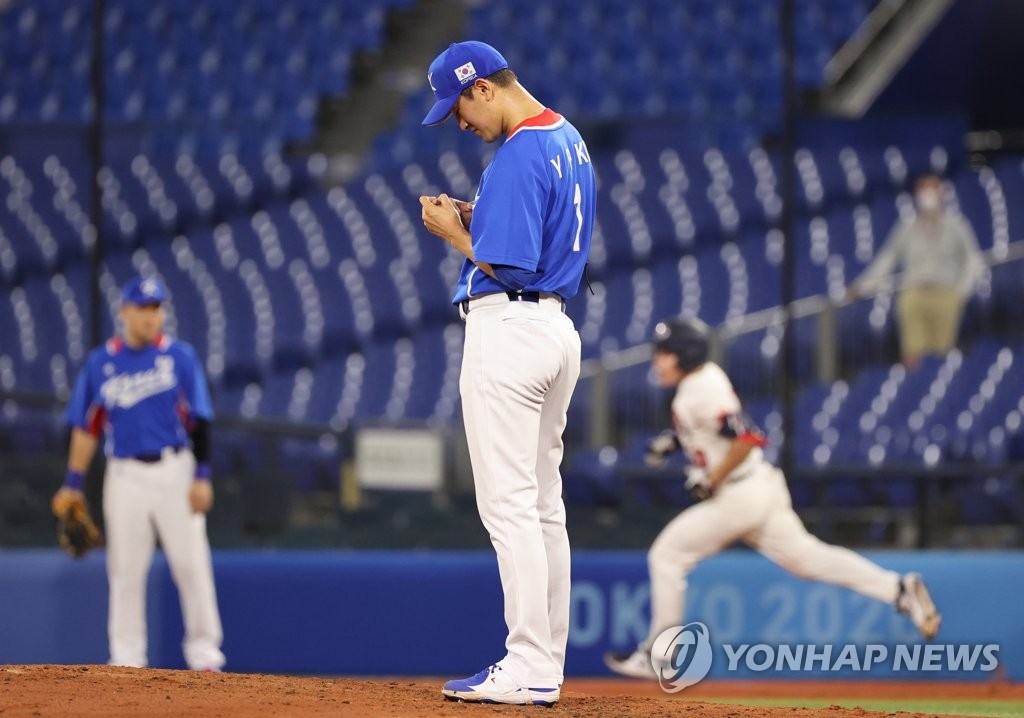 U.S. starter Nick Martinez matched Ko pitch for pitch. After allowing two hits and a run in the first inning, the right-hander kept South Korea to one hit over the next three innings, while striking out seven batters.

Ko came undone by another homer in the fifth. He struck out the first two batters and then allowed a solo home run to Nick Allen. Ko was pulled after a single by Jamie Westbrook.

The Americans jumped on the new pitcher, Go Woo-suk. Alvarez's single put runners at the corners for Tyler Austin, who brought Westbrook home with a single up the middle for a 4-1 U.S. lead.

South Korean bats were mostly silenced, and a promising rally in the top of the ninth only yielded a run.

Kang Baek-ho drew a walk from closer David Robertson, and Yang Eui-ji followed up with a double that put runners at second and third.

Oh Jae-il brought in a run with a sacrifice fly, but a strikeout and a groundout ended the game for South Korea. 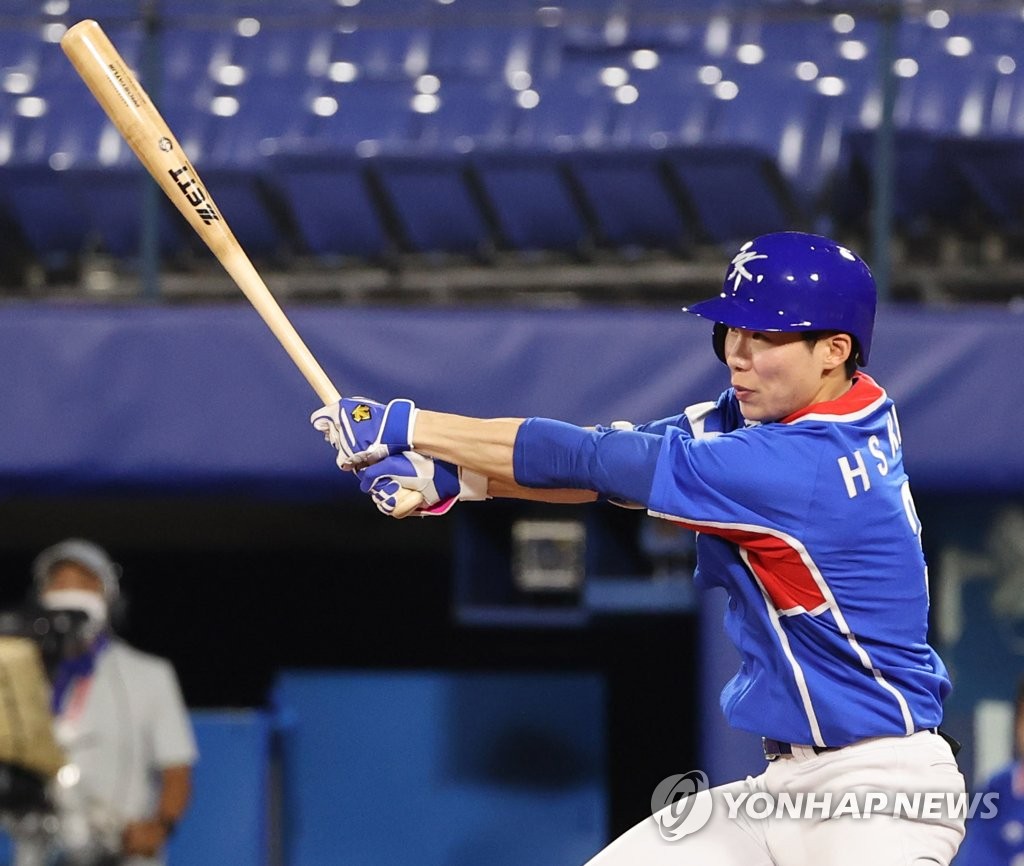