But the fencers' dramatic rally over Italy was largely overshadowed by an embarrassing 6-3 loss by the men's football team to Mexico in the quarterfinals. 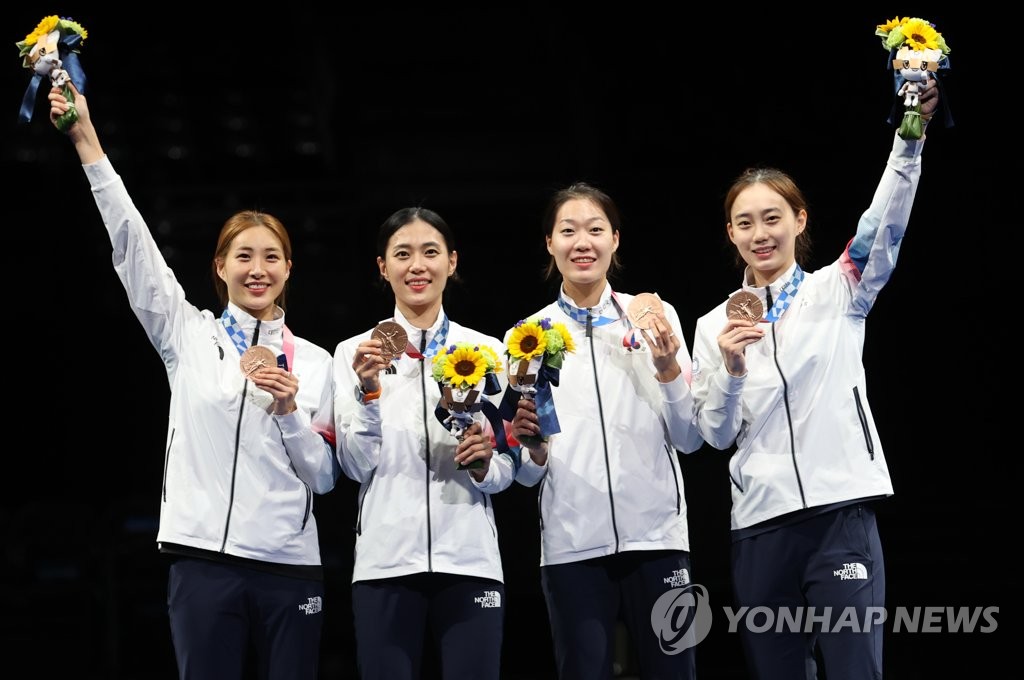 The baseball team, meanwhile, lost to the United States 4-2 to slip to second place in its group.

The women's volleyball team salvaged a heartening victory late at night, beating Japan in five sets to book a ticket to the quarterfinals.

The women's sabre team of Kim Ji-yeon, Seo Ji-yeon and Yoon Ji-su rallied from a 25-15 deficit to beat Italy 45-42 for the bronze, the first medal won by South Korea in the event. 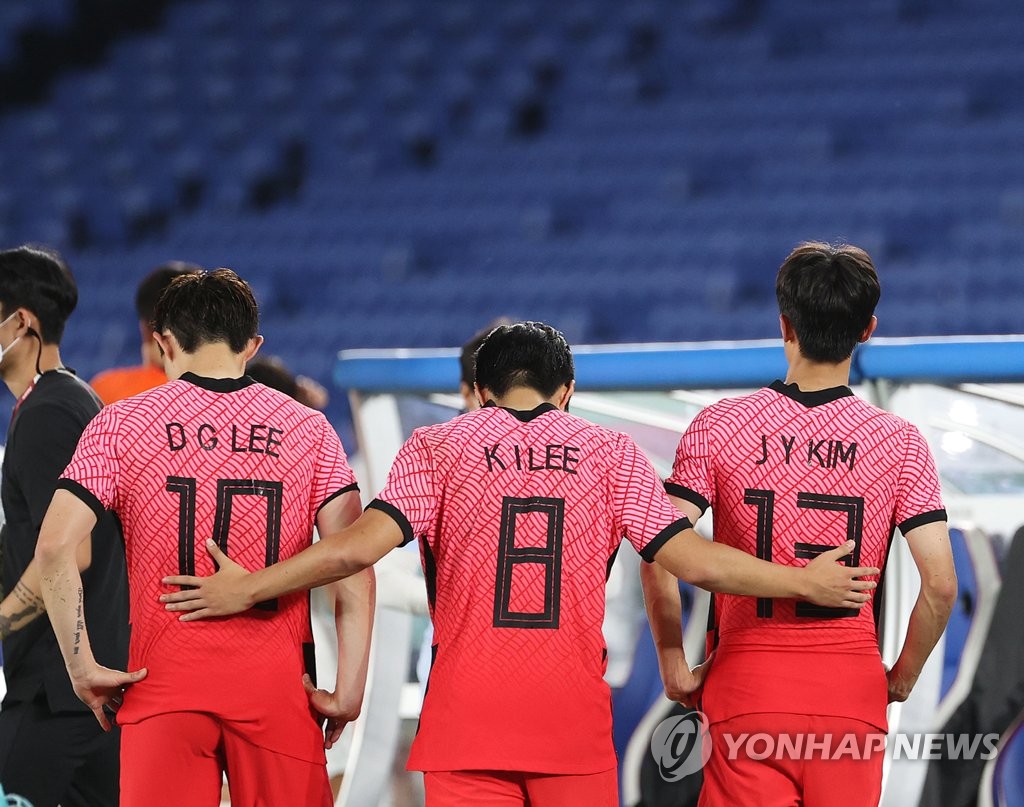 For fans cheering from back home, the bronze medal segued into an evening packed with key games for three of the country's most popular sports. South Korea took on Mexico in the men's football quarterfinals. There was also the second preliminary baseball game for South Korea, with the top spot in Group B at stake. In volleyball, the rivalry match between South Korea and Japan was looming in Tokyo.

Whatever excitement that had been built up fizzled quickly. South Korea got badly outclassed by Mexico in allowing three goals in each half. In baseball, South Korea struck out 14 times and gave up two home runs, raising the total number of long balls allowed to five after just two games.

Thanks to its third straight win, South Korea moved to third place among six teams in Pool A. Regardless of the result against Serbia in the final preliminary match on Monday, South Korea will finish no lower than fourth. 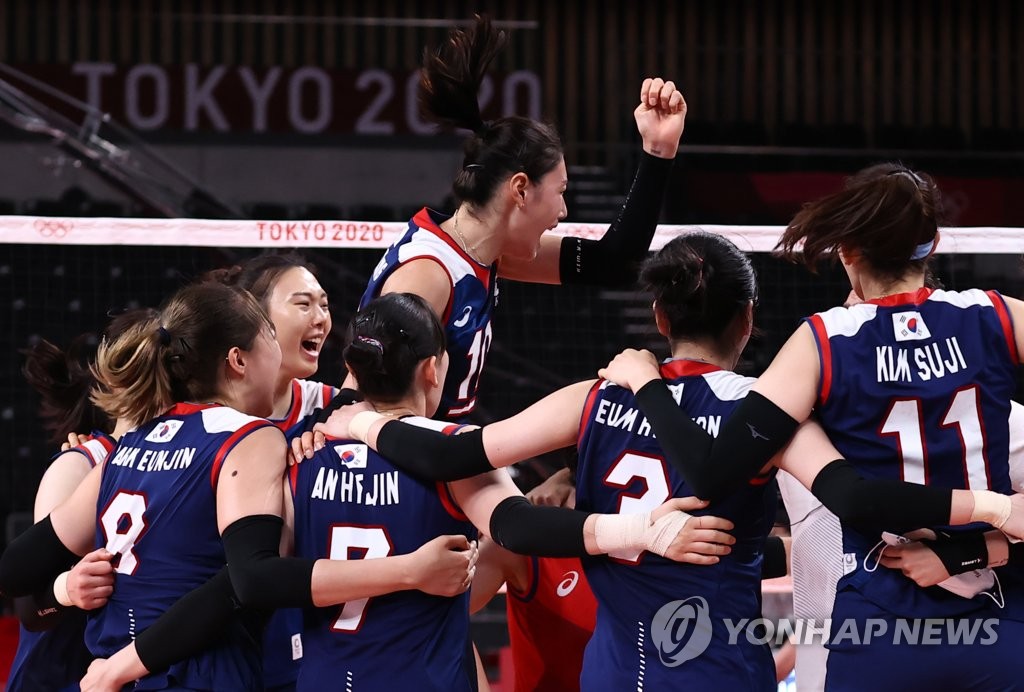