With 30 points, Kim became the first player to record 30 or more points in an Olympic match four times, according to FIVB, the sport's international governing body.

Russia's Ekaterina Gamova is the only other player with multiple 30-point matches with three. 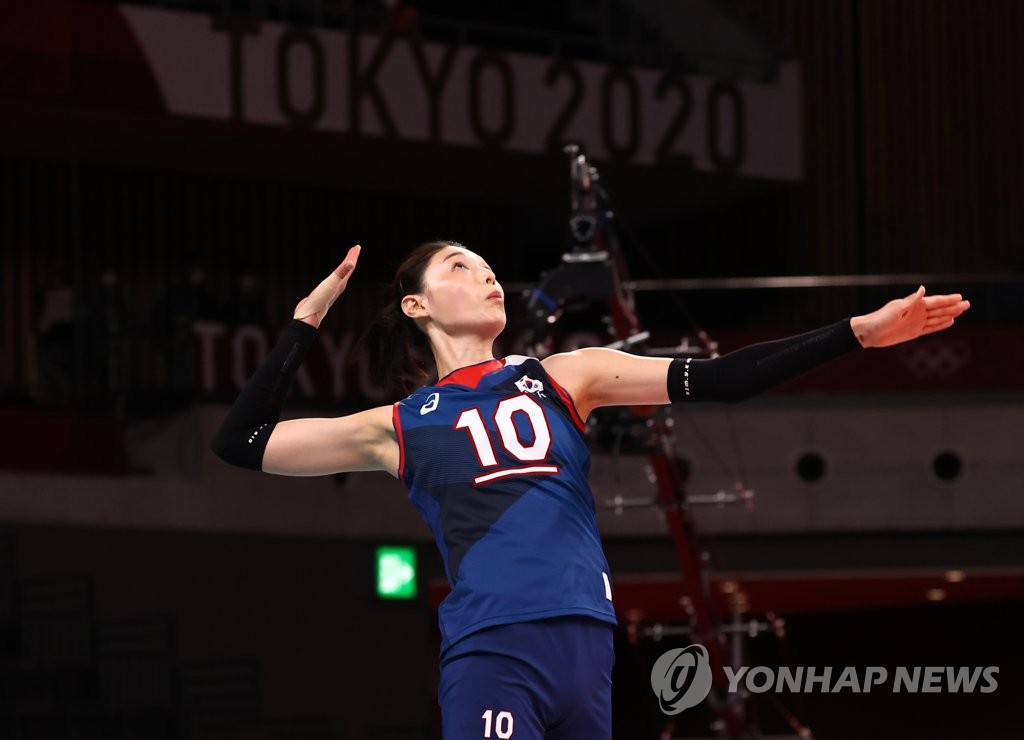 Kim was the MVP of the tournament at the 2012 London Olympics, where she put up 34 points against Serbia and 32 against China. Then she had 31 points against Japan at the 2016 Rio de Janeiro Olympics.

South Korea defeated Japan 3-2 (25-19, 19-25, 25-22, 15-25, 16-14) in Pool A action to clinch a spot in the quarterfinals. Sitting at 3-1 after four matches, South Korea will finish no lower than third in the group regardless of its result against Serbia in the final preliminary match Monday. The top four from each of the two groups will progress to the quarterfinals. 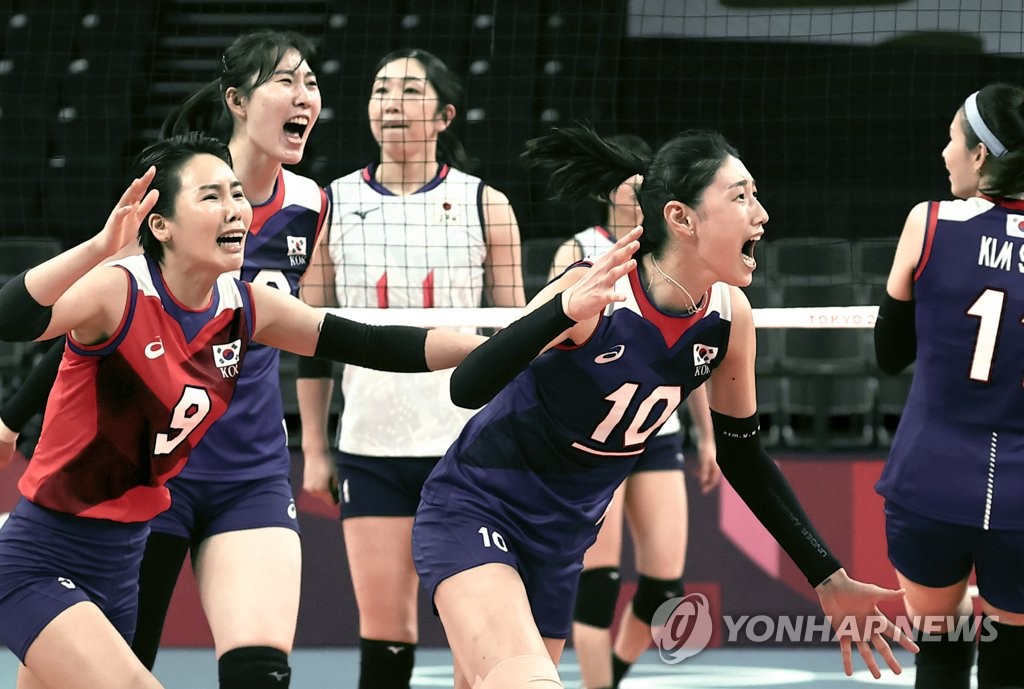 Kim is tied for third at the Tokyo Olympics with 78 points.

South Korea was down 14-12 in the deciding fifth set against Japan, one point from a loss to the rival, but staged an improbable comeback with four straight points. 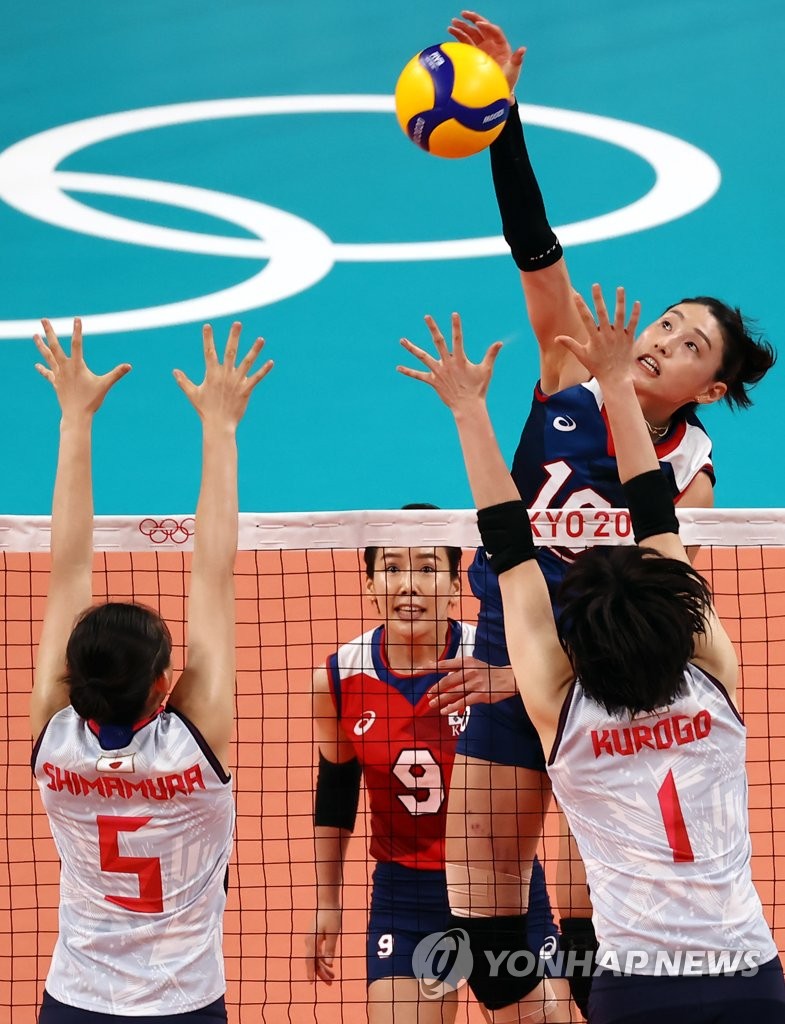