Im shot a bogey-free round of three-under 68 on Sunday at Kasumigaseki Country Club in Saitama, north of Tokyo, and finished at 10-under for the four-round competition. He finished tied for 22nd with four others.

Xander Schauffele of the United States won the gold medal at 18-under 266. Rory Sabbatini of Slovakia posted a blistering round of 10-under 61 to soar to the silver medal at 17-under.

The other South Korean in the field of 60 players, Kim Si-woo, carded a bogey-free 67 to finish at eight-under for the Olympics. He ended in a three-way tie for 32nd.

Im entered Sunday with an outside shot at a medal, as he sat five shots back of a group of players tied for third place. Im shot an eight-under 63 on Saturday, the best score in the field. 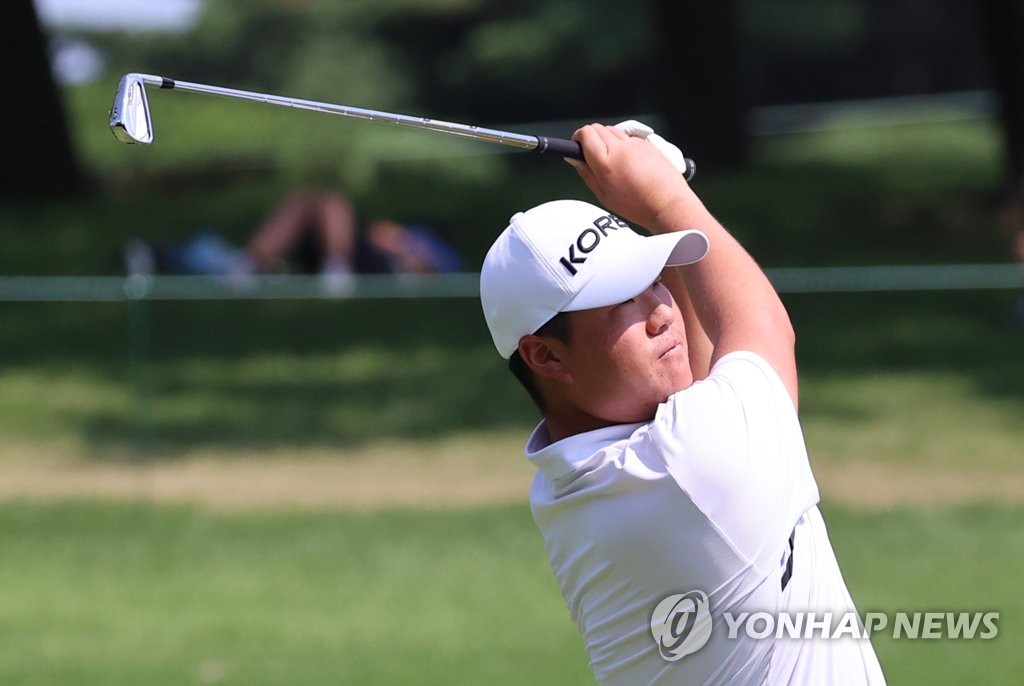 But Im missed too many short putts in the final round to make any noise.

"I am so disappointed that things didn't go the way I wanted them to. I've been trying all season to prepare for the Olympics," Im said. "I'll try to use my experience from here to win a medal at the next Olympics."

Im made three birdies in his only bogey-free round of the tournament. The score could have been much lower if not for missed putts.

"I wanted to stay focused on every shot, trying to move up the leaderboard even if I wasn't going to win a medal," Im said. "But my putter deserted me down the stretch. I missed about three putts within three meters of the hole."

The one that really stung Im was the one-meter birdie attempt at the par-5 14th. 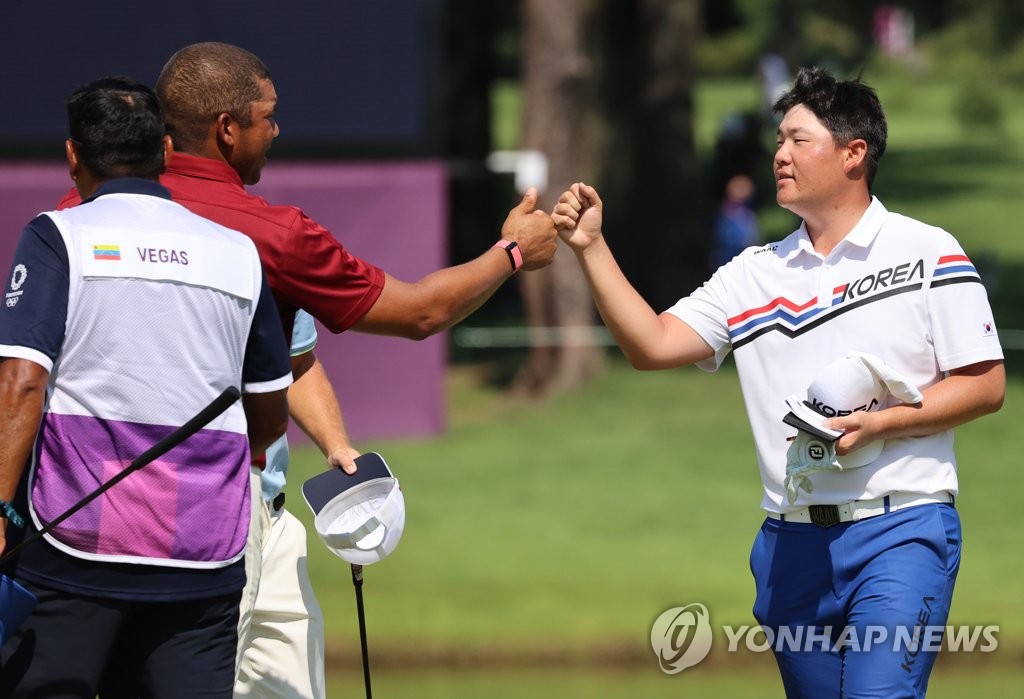 There's no time to sulk for Im, who is scheduled to fly back to the United States on Monday to resume his PGA Tour season.

Reflecting on his first Olympic appearance, Im said that for the first two rounds, he was too caught up in trying to win a medal.

"That held me back from playing the way I am capable of playing," Im said. "When I fell too far out of contention, I let everything go and just played, trying to make as many birdies as I could. Then things went well. So if I get another chance to play at the Olympics, I'll just approach it like a PGA Tour event."

Kim, a three-time PGA Tour winner, said he has no regrets about not taking home any medal because he knows he did the best he could. 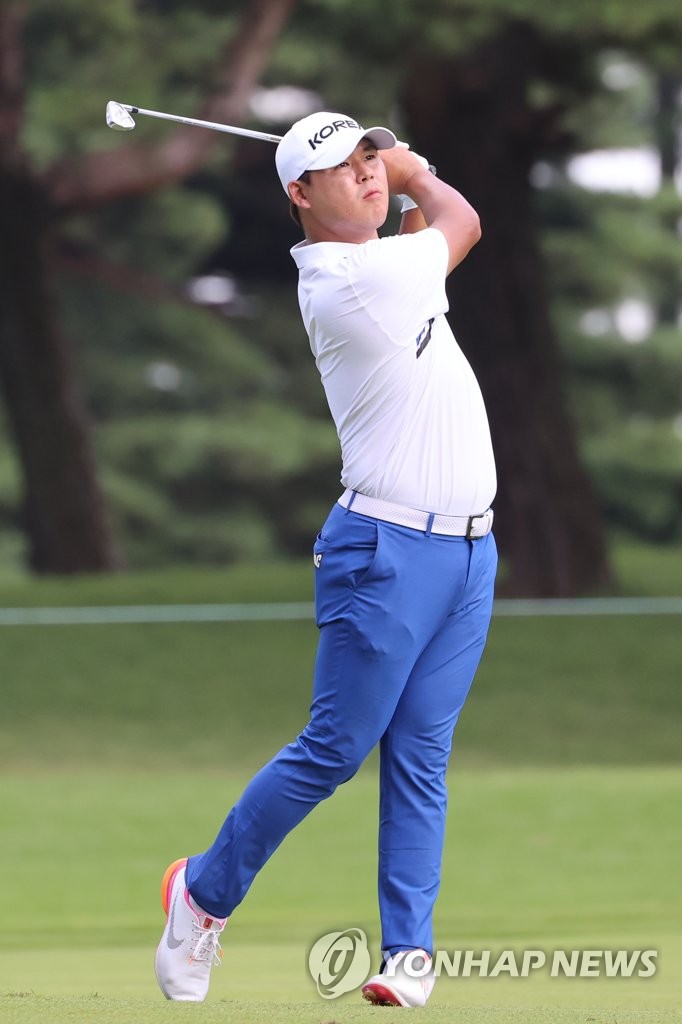 "It wasn't a bad round overall. I didn't make any bogeys and didn't commit all that many mistakes," Kim said. "I think I tried too hard to do well early on. I was proud to have played for my country here, and I'd love to get another opportunity to win a medal at the next Olympics."

The women's tournament begins Wednesday at the same course. South Korea will be represented by four LPGA Tour stars, including the 2016 gold medalist and LPGA Hall of Famer, Park In-bee, and current world No. 2 Ko Jin-young.

Kim Si-woo said the greens at the course are in excellent shape and that should favor South Korean female players because of their putting skills. 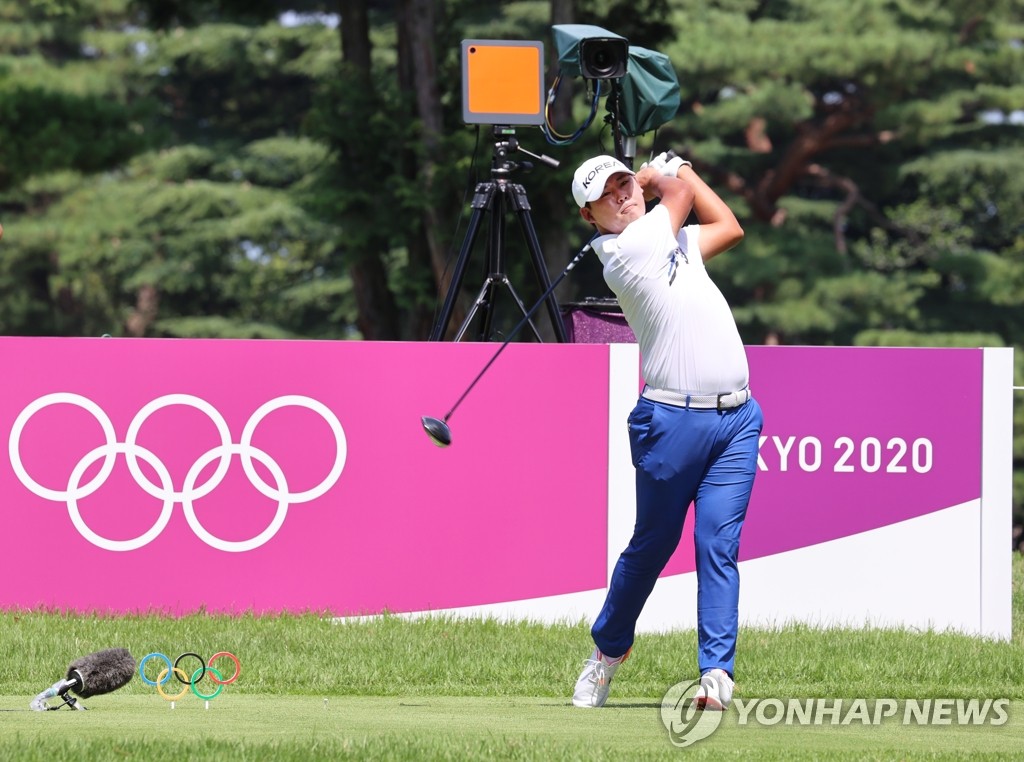