YOKOHAMA, Japan, Aug. 1 (Yonhap) -- South Korea scored three runs in the bottom of the ninth inning to defeat the Dominican Republic 4-3 in the first round game in the Tokyo Olympic baseball tournament on Sunday.

Captain Kim Hyun-soo delivered the game-winning hit off Luis Castillo at Yokohama Stadium in Yokohama, south of Tokyo, as South Korea advanced to the next stage of the double elimination tournament.

South Korea trailed 3-1 going into the ninth but Park Hae-min and Lee Jung-hoo each delivered run-scoring hits to tie the game. That set the stage for Kim, who lined the walk-off hit over the outstretched arm of the right fielder Julio Rodriguez.

South Korea's next match is against Israel at noon Monday, back in Yokohama. South Korea beat Israel 6-5 in 10 innings in the first preliminary game last Thursday.

Another win over Israel will put South Korea into the semifinals, where it will await the winner of the game between the two group winners, Japan (Group A) and the United States (Group B). 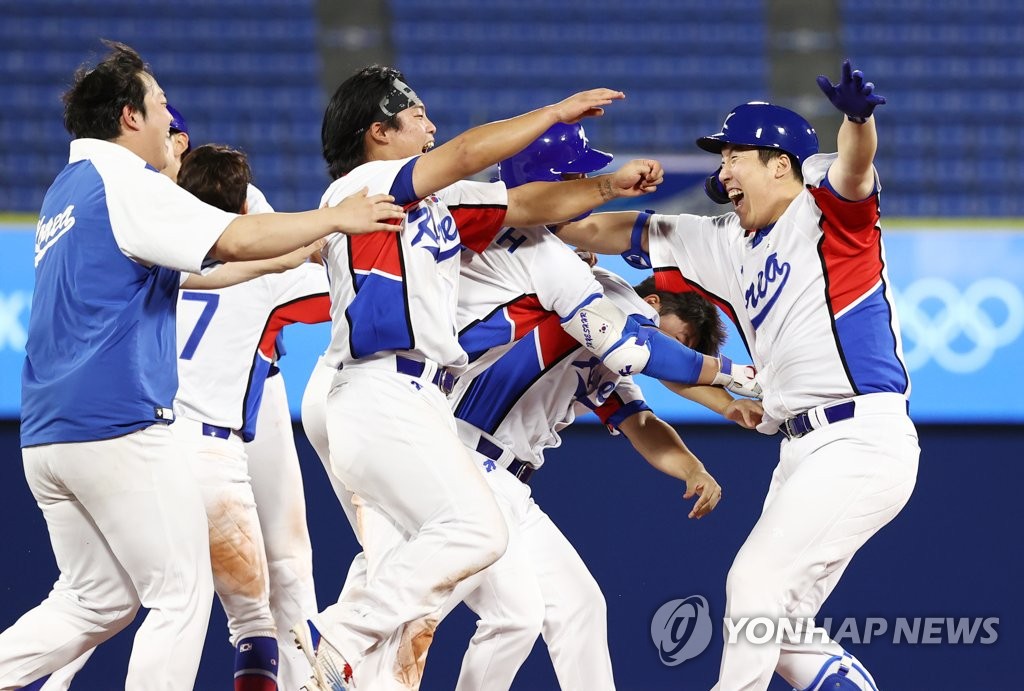 South Korea started the 19-year-old left-hander Lee Eui-lee, and the teenager looked every part the international rookie from the get-go.

Lee gave up his first run after just 10 pitches in the top of the first. The Dominicans greeted him with back-to-back singles that put runners at the corners. And with Julio Rodriguez at the plate, Lee threw a wild pitch that let in the game's first run, as a breaking ball in the dirt got away from catcher Yang Eui-ji.

The South Koreans tied the score in the bottom first, though there could have been so much more after they loaded the bases with nobody out.

And that was the recurring theme for the South Korean offense the whole game until the ninth-inning outburst.

In the second, a double and a walk had two men on with two outs for Kang Baek-ho, who had doubled in the first inning for his first hit of the tournament. This time, Kang grounded out to first.

With South Korea struggling to get much going against Valdes, the Dominicans took a 3-1 lead the top fourth, courtesy of a monstrous two-run home run by Juan Francisco off Lee Eui-lee. 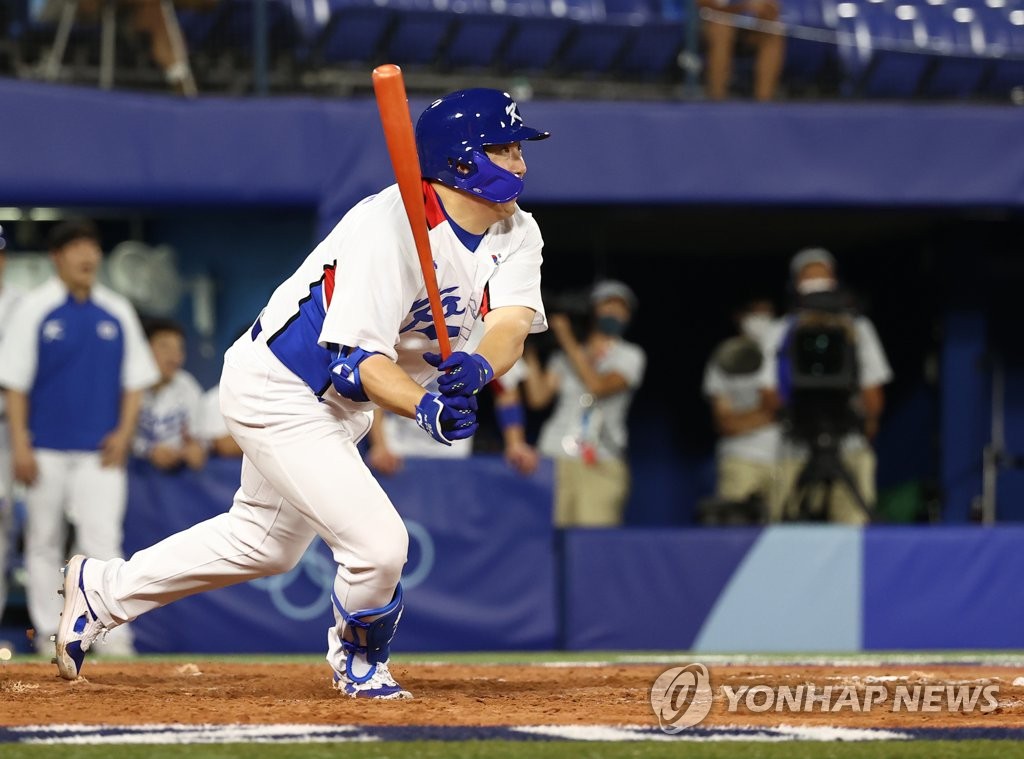 The moon shot struck the scoreboard in center field, and the Dominican cleanup hitter stayed near the box to admire his home run before flipping his bat and starting his trot around the bases.

The South Korean bats remained cold. In the fifth, a leadoff walk and a two-out single amounted to nothing when Oh Jae-il popped out to shortstop.

Yang Eui-ji drew a two-out walk from Dario Alvarez in the seventh but got thrown out at second base after getting fooled by a pickoff throw from the pitcher.

But just when South Korea seemed destined for a deflating loss, the offense woke up. Pinch hitter Choi Joo-hwan started the rally with an infield single, and pinch runner Kim Hye-seong stole second. 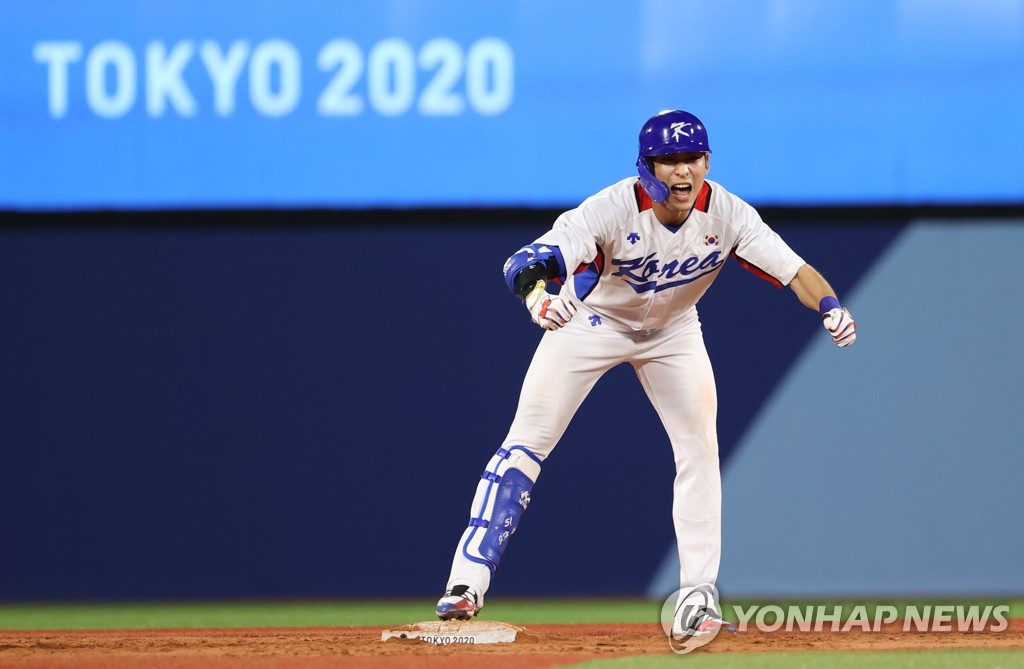 Park Hae-min brought him home with a single to make it a 3-2 game. Park moved to second on a fielder's choice groundout by Kang Baek-ho.

Lee Jung-hoo then drove a double to deep left field corner to tie the score at 3-3. Yang Eui-ji's groundout advanced Lee to third base, and Kim Hyun-soo cashed him in to cap off the unlikely comeback.