The film, directed by Ryoo Seung-wan, sold more than 561,000 tickets over the Friday-Sunday period, bringing its combined total to over 788,000 since its release last Wednesday, according to data from the Korean Film Council.

The big-budget tentpole starring popular actors like Kim Yun-seok and Zo In-sung is based on a true story of the life-and-death escape by diplomats in South and North Korean missions in the capital city of Somalia during the civil war in 1991. 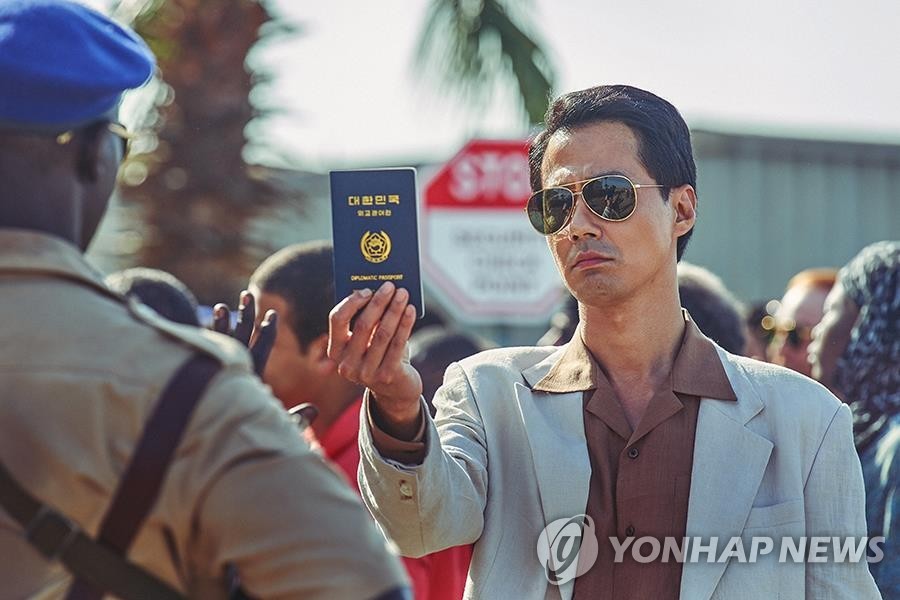 The total number of theater visitors over the weekend jumped by over 25 percent from the previous week to 1 million on the back of the strong performance of "Mogadishu."

The weekend box office had suffered about a 20 percent loss of visitors for two consecutive weekends since the government placed the greater Seoul area under the strictest Level 4 social distancing measures on July 12.

Under the Level 4 rules, all movie theaters must close before 10 p.m.