In a message for Yeo Seo-jeong, Moon noted that she won bronze in the women's vault via a "fantastic performance," based on her mental strength and outstanding skill, the previous day. 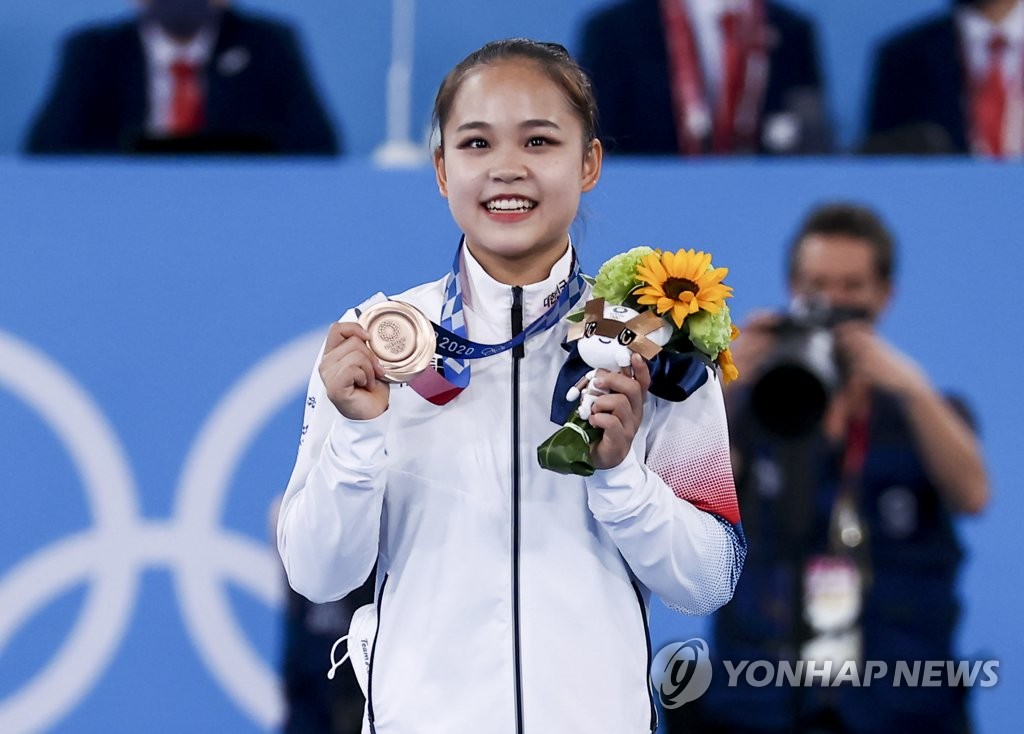