TOKYO, Aug. 2 (Yonhap) -- South Korea reached the women's handball quarterfinals at the Tokyo Olympics on Monday, following a nail-biting draw against Angola in the final group match and some help from others.

Kang Eun-hye scored for South Korea with 11 seconds remaining to secure a 31-31 draw in the teams' last Group A match at Yoyogi National Stadium in Tokyo. 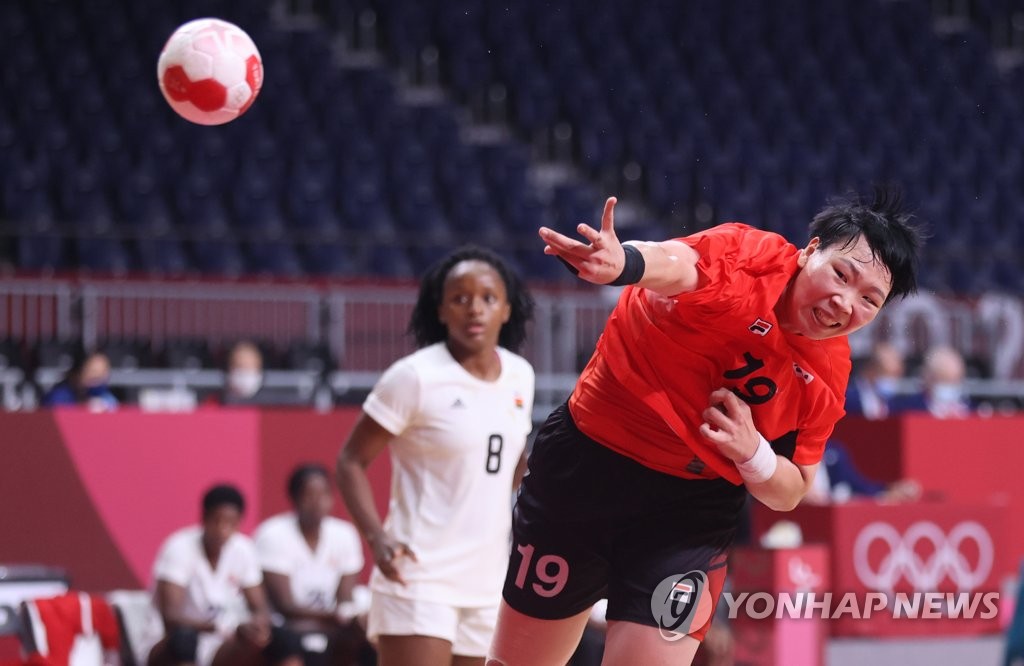 With the top four teams from each of the two groups reaching the quarterfinals, South Korea concluded the preliminary action in fourth place with three points from one win, one draw and three losses. Angola also ended with three points but South Korea has the edge in the goal difference tiebreaker, -18 to -26.

Norway beat Japan 37-25 in the last Group A match later Monday, keeping South Korea in fourth place while eliminating Japan from the competition.

South Korea is trying to win its first medal since 2008. It reached the semifinals in 2012 but missed out on knockout action in 2016.

South Korea trailed by as much as 15-11 in the first half, before rallying to make it 17-16 for Angola at halftime. 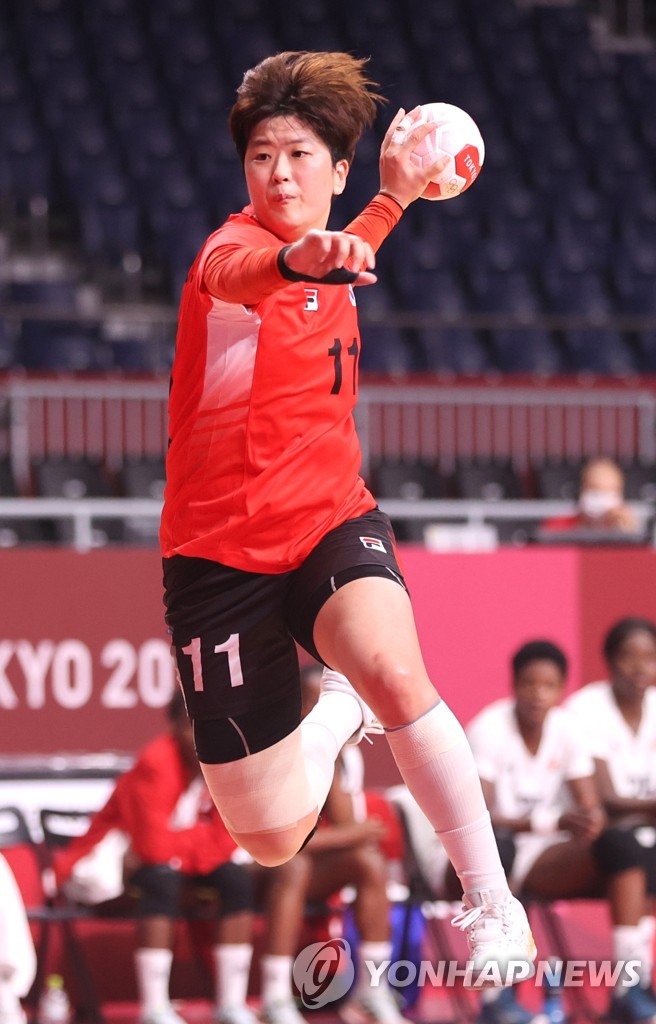 The teams were all tied up at 29-29 with about five minutes to go, but Angola scored two straight goals.

Sim Hae-in cut the deficit in half with 1:32 remaining, and Kang scored the last-gasp goal to secure the valuable one point for South Korea.