The Realmeter survey results came as Yoon Seok-youl, a former top prosecutor who is the front-runner in various polls on presidential hopefuls, joined the conservative party Friday.

His decision ended months of uncertainty over whether and when he would become a member of the PPP with hopes of winning the presidential election slated for March next year.

In the Realmeter survey of 2,525 people nationwide, aged 18 and older, conducted over five working days last week, 35.2 percent of respondents expressed support for the party, up 1.5 percentage points from a week earlier. 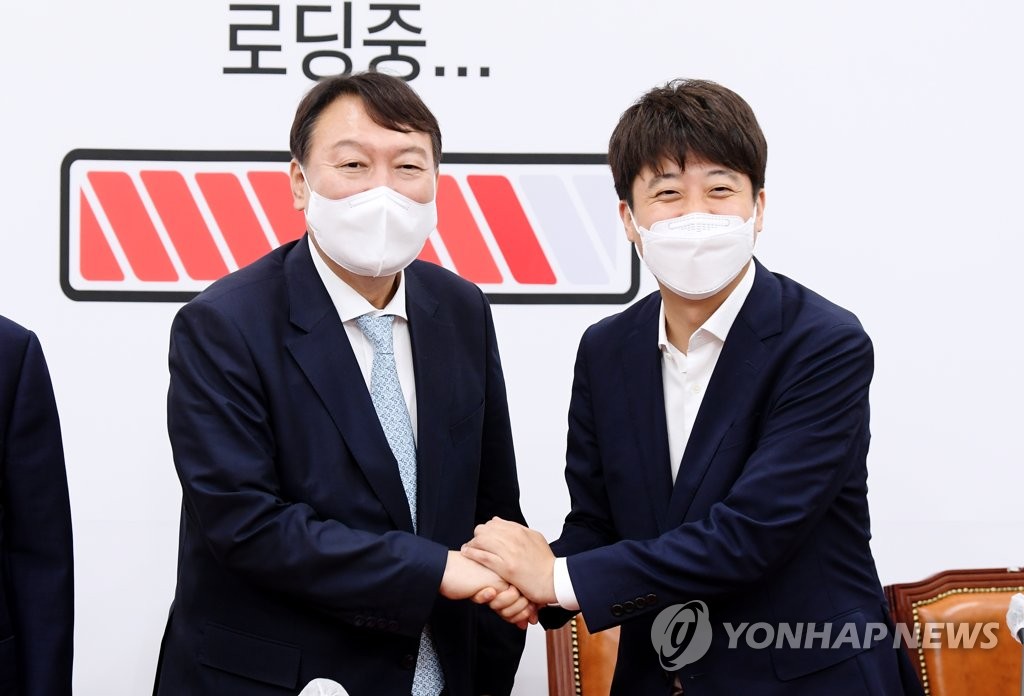 The approval rating of the ruling Democratic Party (DP) dropped 1.5 percentage points to 33.6 percent, surpassed by that of the PPP after leading the main opposition in the previous two polls.

A controversy erupted recently over the street wall paintings disparaging or ridiculing Yoon's wife regarding her private life before marriage. Observers say it might have stoked up sympathy among some female voters.

The margin of error is plus or minus 2.0 percentage points with a 95 percent confidence level.