TOKYO, Aug. 2 (Yonhap) -- Kim So-yeong and Kong Hee-yong of South Korea won the bronze medal in the women's doubles badminton event at the Tokyo Olympics on Monday, thanks to a victory over their compatriots, Lee So-hee and Shin Seung-chan.

Kim and Kong won the match 2-0 (21-10, 21-17) at Musashino Forest Plaza in Tokyo. The all-Korean bronze medal match was set up after both pairs lost in the semifinals Saturday.

This is South Korea's only medal from badminton in Tokyo and also the country's second straight bronze medal in women's doubles. Shin teamed up with Jung Kyung-eun for the bronze five years ago in Rio de Janeiro. 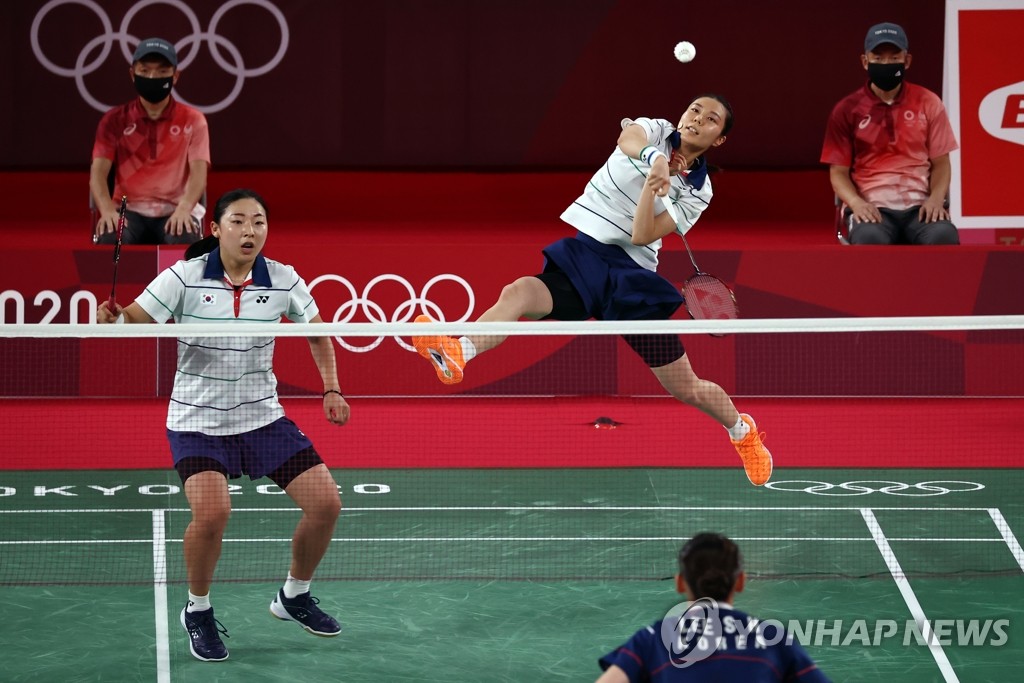 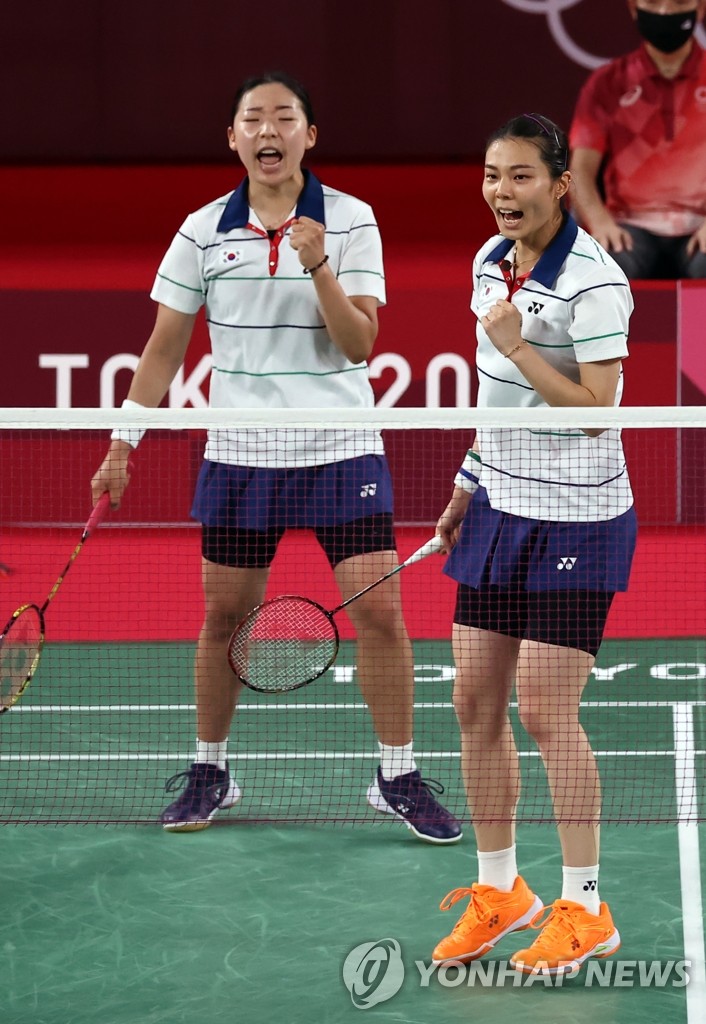