SEOUL, Aug. 2 (Yonhap) -- The police on Monday warned of strong action against illegal protests, as several civic groups said they planned to gather in downtown Seoul to hold rallies around the Aug. 15 Liberation Day holiday.

On top of the ban on rallies by the Seoul city government, there were great concerns over such mass gatherings at a time when COVID-19 cases have surged nationwide, Choi Kwan-ho, chief of the Seoul Metropolitan Police Agency, said at a news briefing.

"I implore the groups to refrain from staging rallies," he said, "and to help the country return to normal as soon as possible."

Despite the government's repeated pleas not to gather en masse to stem the virus from spreading, labor groups and other civic groups have staged rallies and said they would march again for various causes.

As recently as Friday, the Korean Confederation of Trade Unions (KCTU) forged ahead with its planned rally in Wonju, central South Korea. Around 100 KCTU members and others demanded that the National Health Insurance Service (NHIS) hire its call center workers directly rather than through a third party. 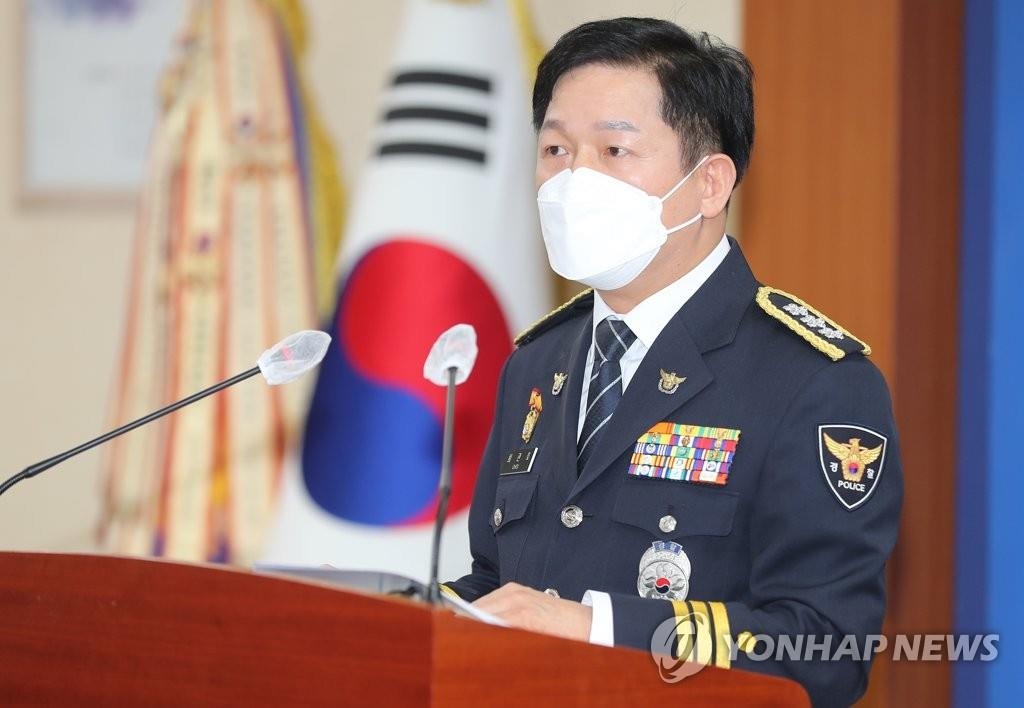 The Seoul police chief said 15 members of the group's leadership have been grilled on the illegal assembly and that Yang Kyung-soo, head of the KCTU, will be questioned Wednesday.

He said the police have been also investigating core figures involved in two massive rallies in June -- one by delivery workers and the other by small business owners.

In mid-July, the Seoul city government banned all rallies scheduled to take place around the upcoming Aug. 15 Liberation Day due to concerns over the rapid spread of the coronavirus and the highly infectious Delta variant.

Civic groups -- liberal groups, such as the South Korean Committee for Implementation of the June 15 Joint Declaration, and conservative groups like the Freedom Union -- have nevertheless warned that they will hold such events during Aug. 14-16.

Groups that violate the assembly ban could face a fine under the Infectious Disease Control and Prevention Act and a damages suit if a virus case breaks out among the attendees, the city government said, calling for their compliance with antivirus restrictions. 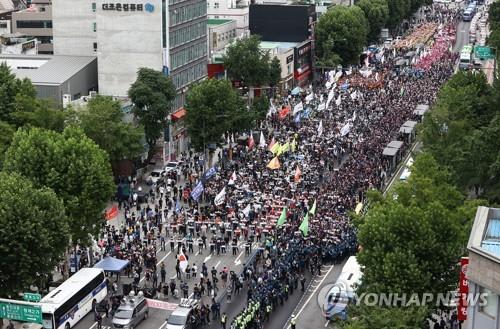