South Korea exploded for seven runs in the bottom of the fifth inning to blow the second-round game wide open at Yokohama Stadium in Yokohama, south of Tokyo. Oh Ji-hwan and Kim Hyun-soo each smacked a two-run homer in the rout.

The game was called on a mercy rule after Kim Hye-seong's RBI single in the seventh inning put South Korea up by 10 runs.

In Wednesday's semifinal game, South Korea will face the winner of the United States-Japan game scheduled for later Monday. 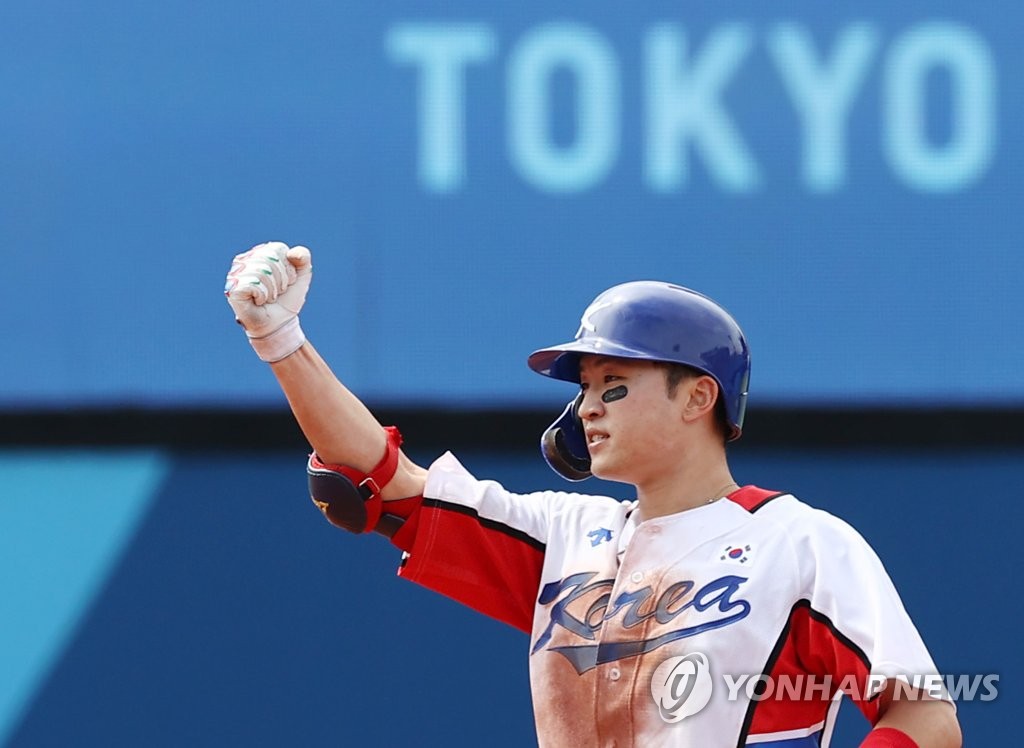 South Korea scored first in the bottom of the first with Lee Jung-hoo's sacrifice fly, which came after the first two batters of the game each singled off starter Joey Wagman.

Two batters later, Kim Hyun-soo knocked a double off the wall in center, and Kang Baek-ho got thrown out easily trying to score from first.

After the promising rally fizzled in the first, South Korea opened up a 3-0 lead in the second, thanks to Oh Ji-hwan's two-run home run. The shot to straightaway center was Oh's second home run of the tournament.

South Korea wasted a bases-loaded opportunity later that same inning and frittered away more chances in the third and the fourth.

Those missed opportunities threatened to haunt South Korea when Israel cut the deficit to 3-1 in the fifth. But reliever Cho Sang-woo cleaned up the bases-loaded mess created by Choi Won-joon and set the stage for the offensive outburst in the bottom of that inning. 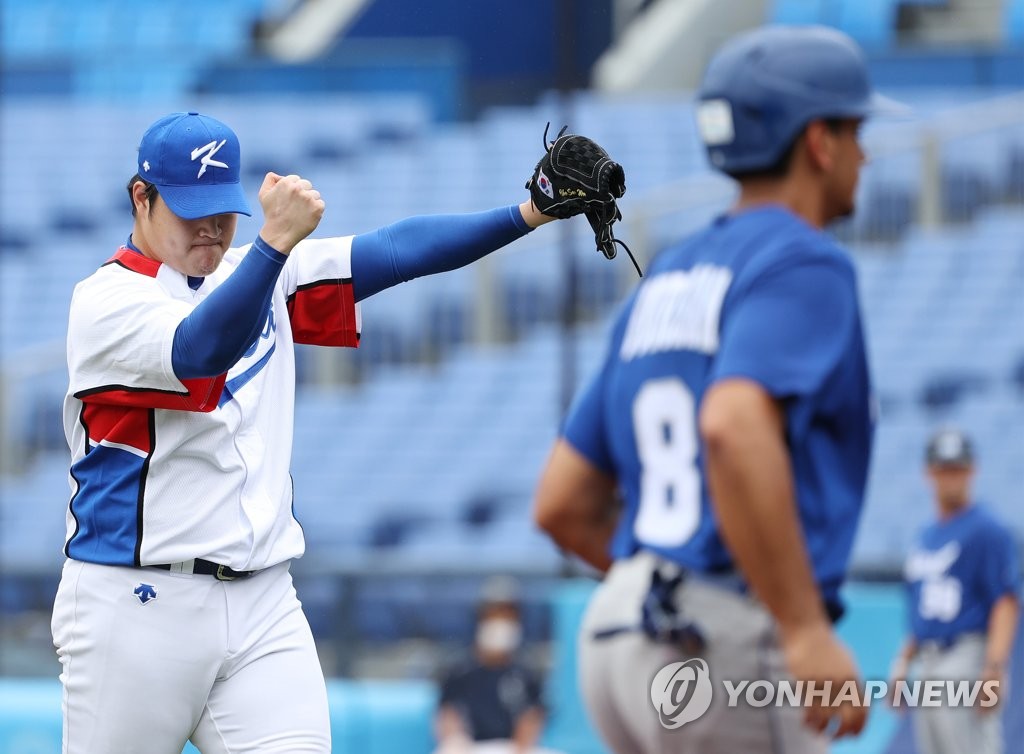 South Korea batted around that inning, and got seven runs across the plate on five hits and two Israeli errors.

With the bases loaded, Hwang Jae-gyun chopped a grounder to first baseman Danny Valencia, whose throw home bounced in front of catcher Ryan Lavarnway and allowed Kim Hye-seong to slide home for a 4-1 South Korean lead.

The bases remained full, and Park Hae-min's double to left field cashed in two more runs. Kang Baek-ho followed up with a two-run single that made it 8-1 for South Korea.

Kang Baek-ho went 4-for-4 with two RBIs, and Kim Hyun-soo had three hits.

Starter Kim Min-woo retired the first 11 batters he faced and was charged with one run in 4 1/3 innings. The three pitchers after him held Israel to one hit. 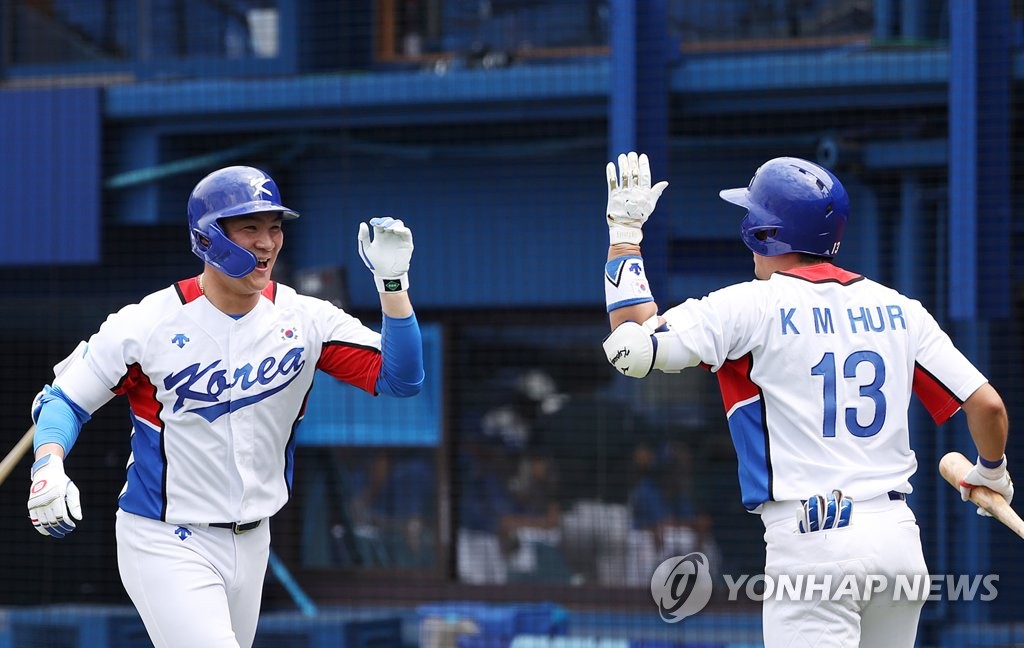