SEOUL, Aug. 2 (Yonhap) -- President Moon Jae-in said Monday that the number of people in South Korea who are either fully or partly vaccinated would soon top 20 million.

He was emphasizing that the nation's vaccination campaign is on track despite the unrelenting spread of COVID-19.

"By tomorrow, a total of more than 20 million people will have received at least one dose of vaccine," he said during a weekly meeting with senior Cheong Wa Dae secretaries. 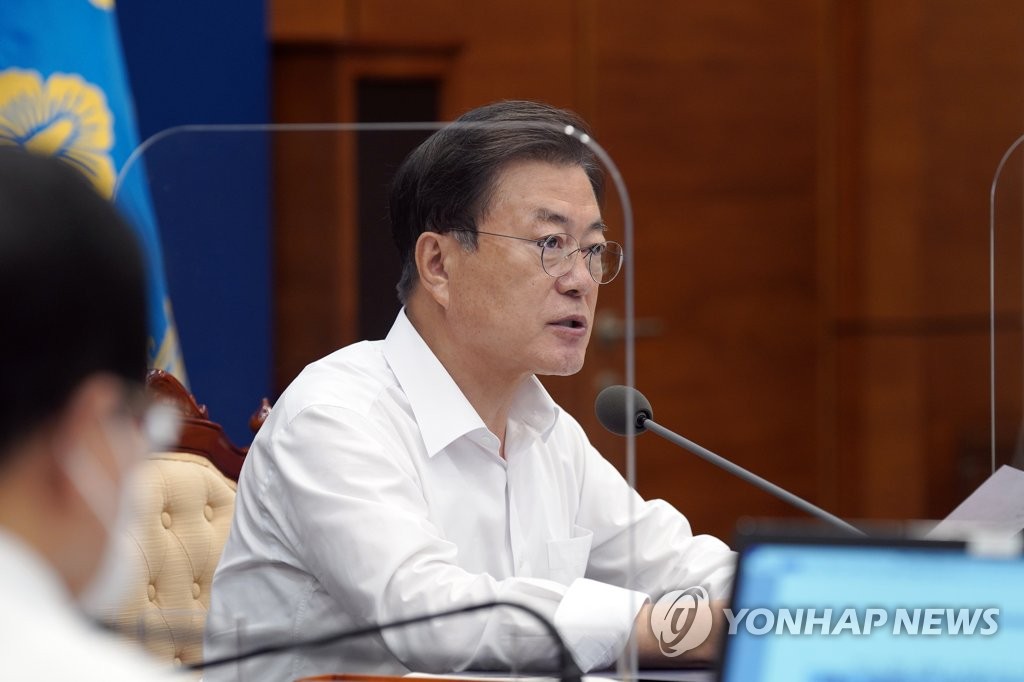 There is no problem in the government's scheme to give 36 million people with at least one dose of vaccine by the end of September, he added. The figure represents around 70 percent of the country's 52-million population.

The government aims to attain the goal before this year's Chuseok holiday period starts on Sept. 18, according to the president.

Contrary to expectations, the coronavirus is spreading fast even with inoculations gaining pace, he said.

Nonetheless, vaccinations are essential to reduce the risks of critical symptoms and mortality rates, he added.