Last week, the two sides reopened all cross-border communication lines, including military hotlines, 13 months after Pyongyang cut them off in protest over anti-regime propaganda leaflets flying in from the South.

"The North has sent a fax message at 9 a.m. every day, which carries details about foreign fishing boats operating illegally in the Yellow Sea, such as their number and exact locations," a government source said.

"We also sent a message of our own assessment to the North, and there is little difference between what South and North Korea have figured out. Such information exchanges helps prevent accidental clashes in the Yellow Sea," he added.

Most of the illegal fishing boats are from China, and about 20 to 30 vessels have been found near the inter-Korean maritime border recently, according to another officer.

Since the hotlines were reactivated, the two Koreas have held regular liaison calls twice a day -- at 9 a.m. and 4 p.m., the defense ministry said. 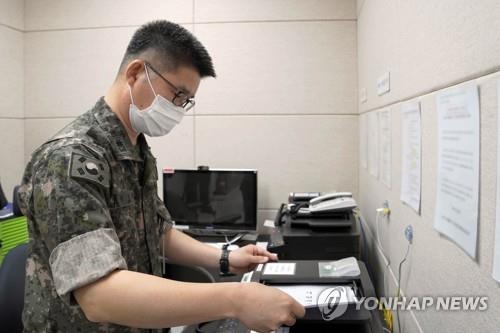