TOKYO, Aug. 2 (Yonhap) -- It was a match that nobody won but then everybody won.

Two South Korean tandems met for bronze medal in the women's doubles badminton event at the Tokyo Olympics on Monday. Kim So-yeong and Kong Hee-yong defeated Lee So-hee and Shin Seung-chan 2-0 (21-10, 21-17) for the country's first and only medal out of badminton here.

All four players shed tears, though reasons for their emotional displays were vastly different. 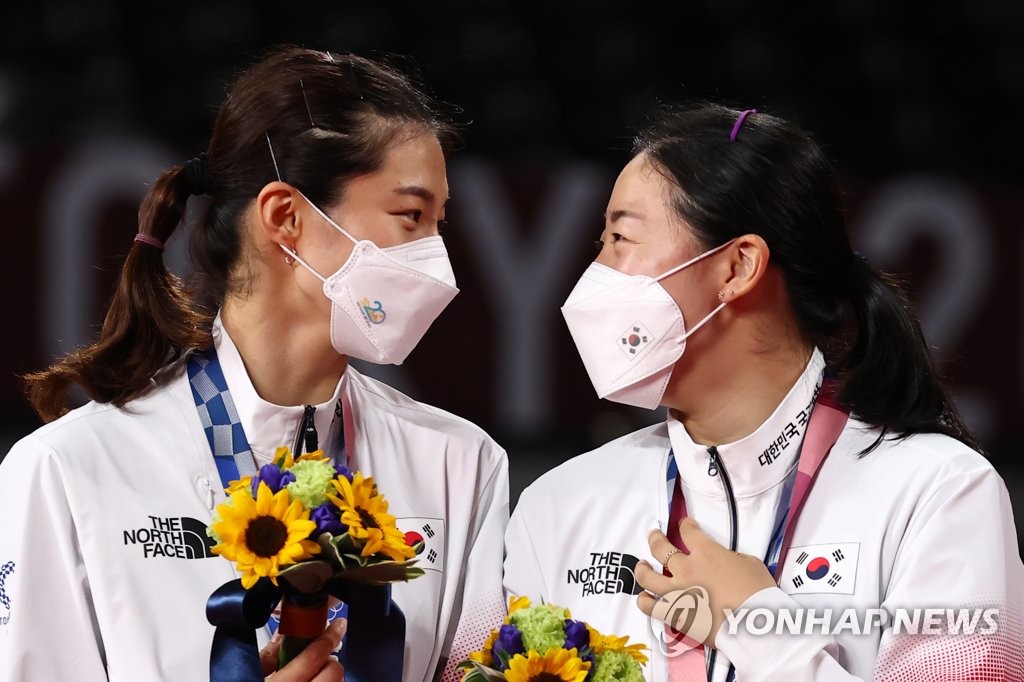 "I know I am not supposed to say this but I told them I was sorry," Kim said, with her eyes red and puffy from crying. "I know how hard So-hee and Seung-chan had worked to get to this point. I told them they'd done such a wonderful job."

In turn, Lee and Shin gave Kim a heartfelt hug.

"It would have been nice if we'd met in the final," Lee said. "It was too cruel to battle for bronze medal."

For her part, Lee said she felt bad for the winning pair. 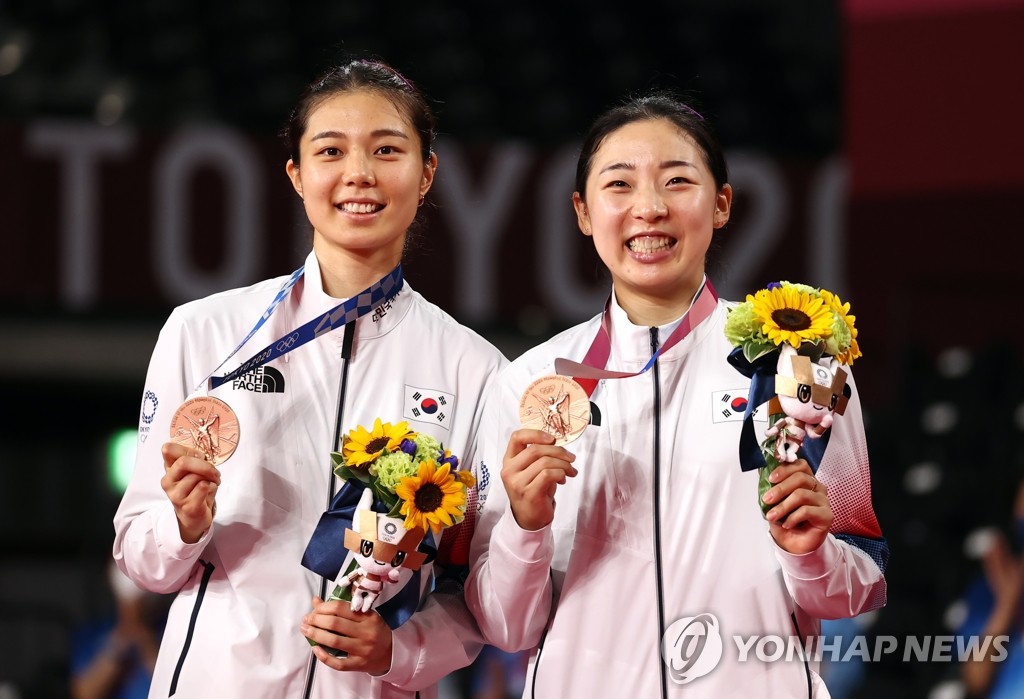 "I am sure they were thrilled to win the medal, but they couldn't really show that because of us," Lee said. "I congratulated them from the bottom of my heart."

Shin won the 2016 Olympic bronze in the doubles with a different partner. She wanted to win one with Lee, her friend since middle school.

"So-hee has worked as hard as anyone, and I've seen all of that right next to her," Shin said. "I am sorry that I couldn't get her a medal."

Kim, 29, made her Olympic debut here but previously said this could also be her last Olympics. Now that she's had a taste of a medal, she may be changing her mind.

"I'll stay with Hee-yong. Even though I am old, I won't go anywhere," Kim said. "It'll soon be three years since we first teamed up. I want to thank her for trusting me all along."

Kong said she didn't want to leave with any regrets, knowing this could be Kim's last Olympics with her.

"I had so much trust in her today. I knew that, even if I messed up, she would take care of everything," Kong said with a smile. "I am thankful that we were able to realize our goal together." 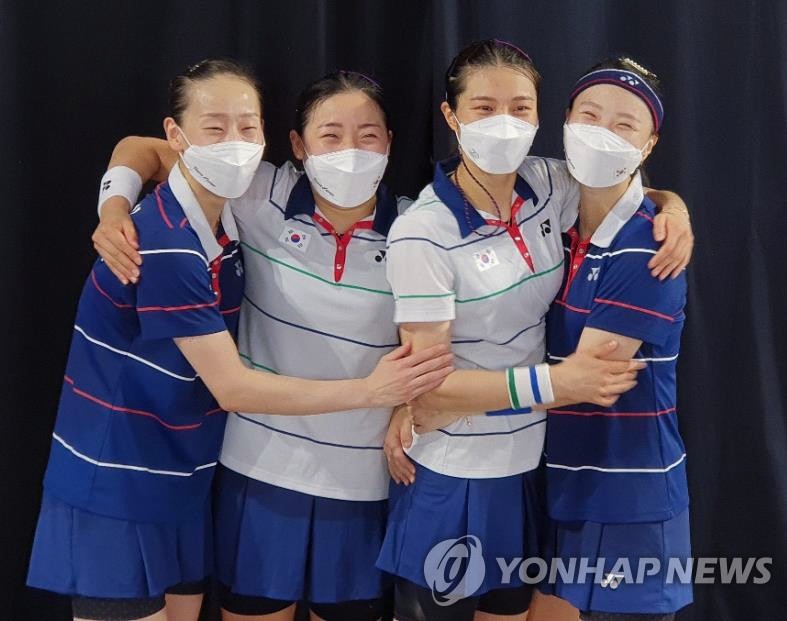