The National Assembly endorsed the extra budget of 34.9 trillion won (US$30.3 billion) last month in a bid to finance another round of relief packages to small merchants and people in the bottom 88 percent income bracket hit hard by the pandemic.

Under the plan, the government will provide 11 trillion won in cash handouts to people in that income bracket, and 4.22 trillion won in relief funds to merchants and the self-employed.

Hong also stressed the need to stabilize consumer prices as the growth of prices of agricultural products has recently picked up amid heat waves.

The country's consumer prices grew more than 2 percent for the third consecutive month in June on higher prices of farm and oil products, according to the statistics agency.

In particular, high-flying prices of eggs have not shown signs of abating even as the country has reported no cases of the highly pathogenic bird flu since April.

Hong said the government will make efforts to import more eggs and monitor distribution channels in a bid to increase the supply of eggs. 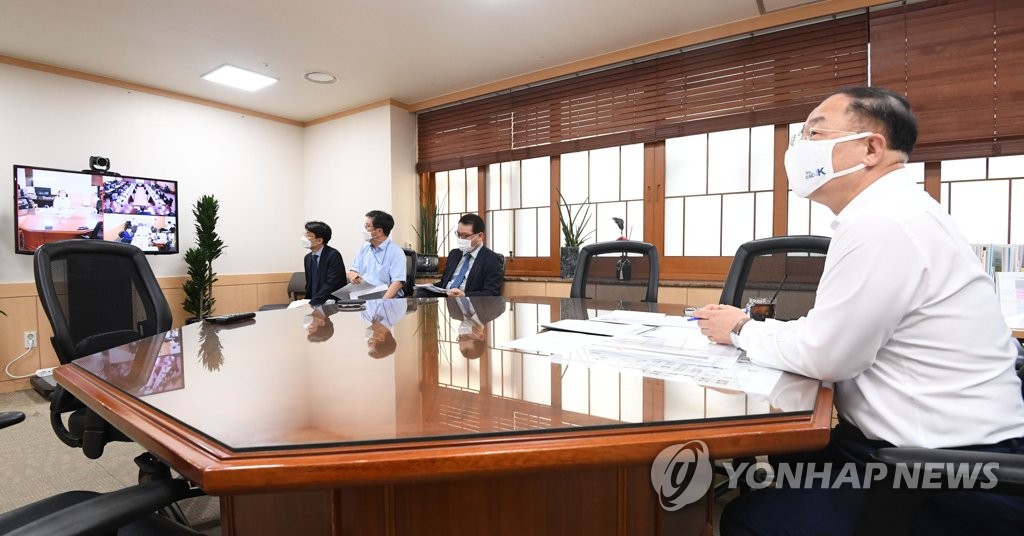 90 pct of relief funds to be doled out to recipients by end-Sept.: minister

90 pct of relief funds to be doled out to recipients by end-Sept.: minister