One service member at Osan Air Base in Pyeongtaek, 70 kilometers south of Seoul, was confirmed to have contracted COVID-19 on the day, according to USFK.

Another Department of Defense (DoD) civilian staff as well as a family member from Camp Walker in Daegu, 302 kilometers south of Seoul, also tested positive Tuesday, it added. 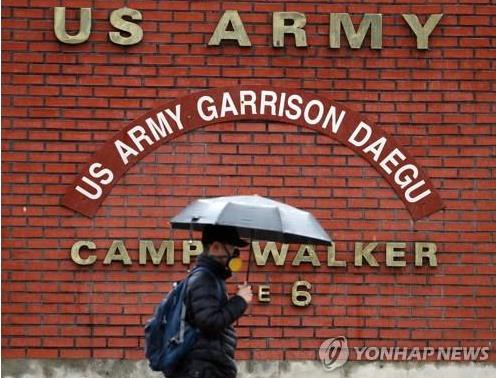 "KDCA, local government public health and USFK health professionals are actively conducting contact tracing to determine whether anyone else may have been exposed to these individuals and to identify and ensure all known on-post and off-post facilities visited by the individuals are thoroughly cleaned," the USFK said in a statement.

The latest cases raised the total number of infections reported among the USFK-affiliated population to 1,139, most of whom tested positive upon their arrival here from the U.S.

On Monday, South Korea's daily new coronavirus cases fell to the 1,200s as fewer people got tested over the weekend, but health authorities remain wary over continued infections during the summer vacation season amid the fourth wave of the pandemic.