TOKYO, Aug. 2 (Yonhap) -- With two Olympic medals in two days by up-and-coming athletes still not yet in their primes, the future for South Korean gymnastics looks very bright.

Athletes talk about the Olympics being their learning experience. And there's no experience in sports quite like winning an Olympic medal on your first try.

Shin Jea-hwan, 23, did just that on Monday, capturing the men's vault title at the Tokyo Olympics about 24 hours after the 19-year-old Yeo Seo-jeong won bronze in the women's vault. Yeo, too, was competing in her first Olympics. 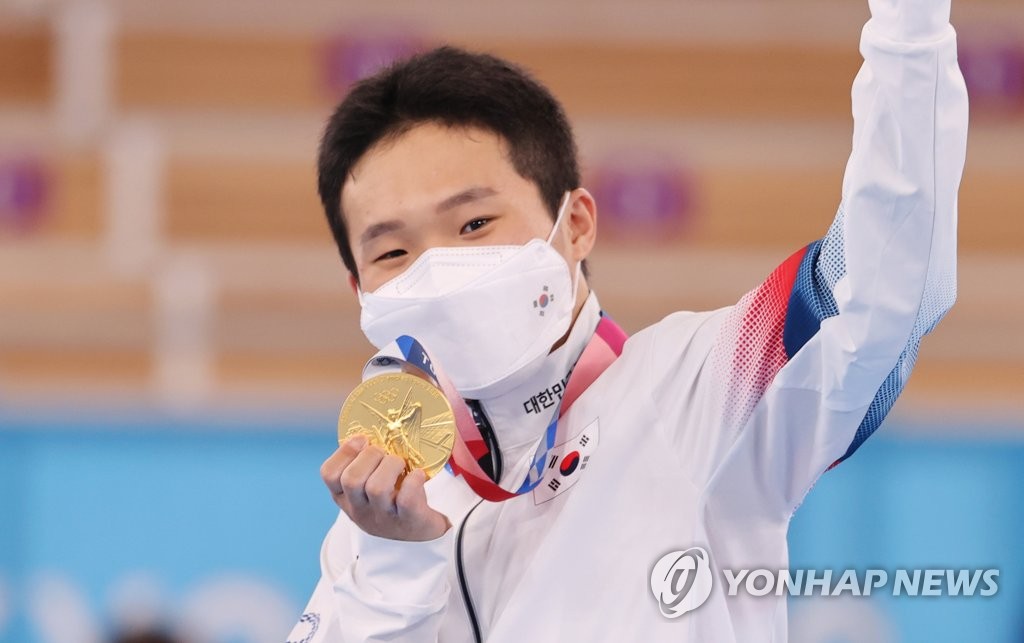 Earlier on Sunday, South Korea was the only country with two finalists in the men's floor exercise. Had it not been for a completely unexpected mistake on an easy element, Ryu Sung-hyun, 18, wouldn't have settled for fourth. Kim Hansol, practically ancient in this group at 25, ranked eighth in his first Olympic final. He has won a world championship bronze medal in the vault, along with three medals at the 2018 Asian Games, including a gold in the floor exercise.

Shin is following in the footsteps of Yang Hak-seon, the 2012 Olympic vault champion and the first South Korean with an Olympic gymnastics gold. Yang missed the 2016 Olympics with an Achilles tendon and hamstring injuries, effects of which continued to bother him for years. He made a valiant effort to return to Olympic glory here but just missed out on the final by finishing ninth in qualification.

Shin topped all qualifiers. And when he won the gold medal with 14.783 points on Monday, the passing of the torch from Yang to Shin was complete at last. 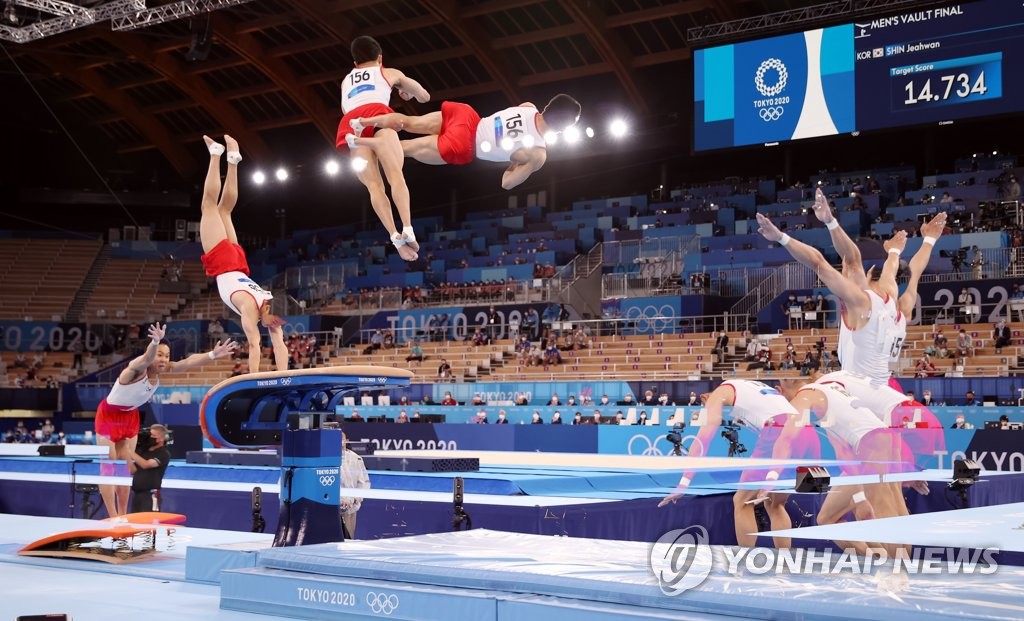 Yeo's bronze was historic on its own, too. She is the first South Korean female gymnast to win an Olympic medal. Her father, Yeo Hong-chul, won silver in the men's vault at the 1996 Atlanta Olympics, and he and Seo-jeonng are the first father-daughter duo from South Korea with Olympic medals.

Ryu's performance in his Olympic debut was also encouraging. The teenager later admitted he was too wound up for his first Olympics and it led to mistakes that he normally doesn't make. 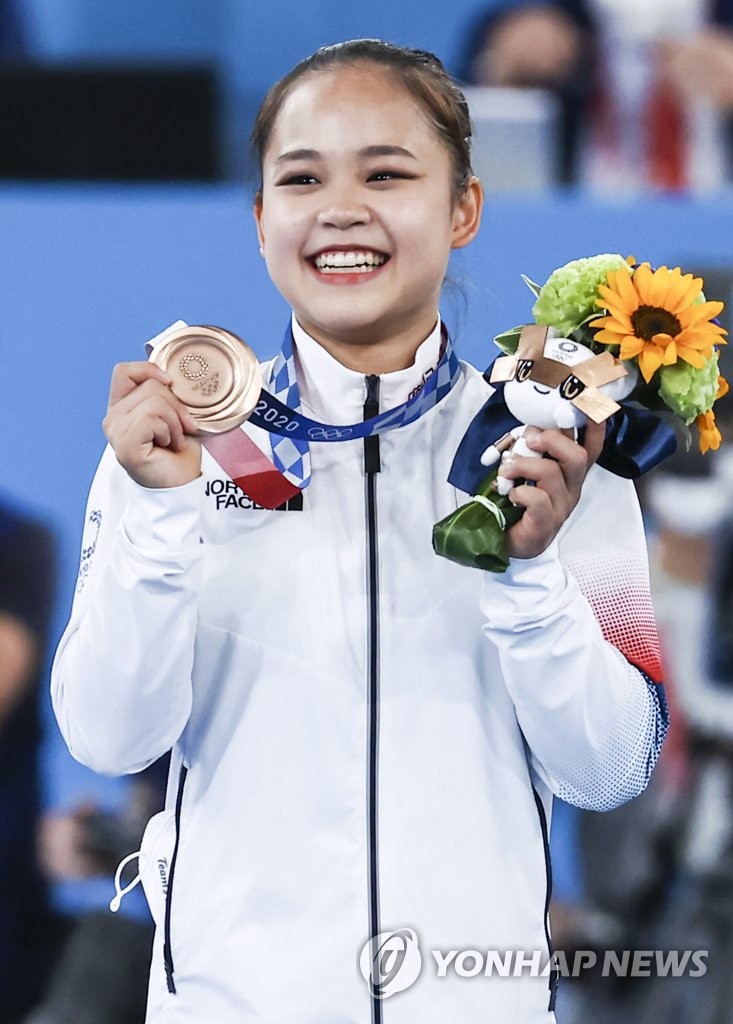 And that's an invaluable experience that Ryu can take away from Tokyo. Because these Olympic Games were postponed by a year due to the COVID-19 pandemic, the next Olympics will take place only three years later in Paris.

At the rate that these young Korean gymnasts have been growing, who's to say they won't all reach the podium in France? 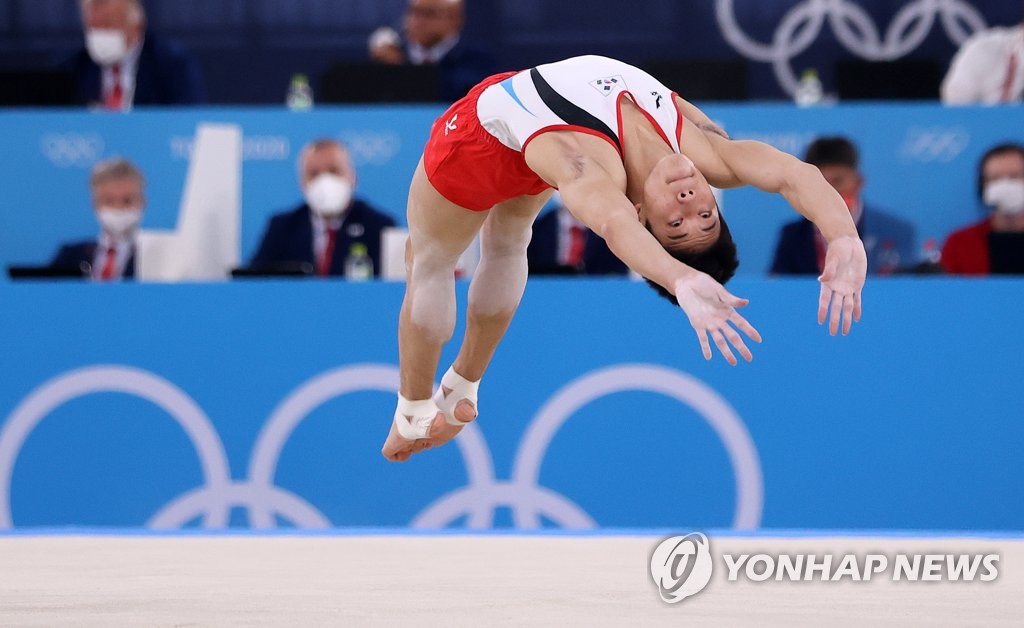