TOKYO, Aug. 2 (Yonhap) -- South Korean gymnast Shin Jea-hwan did something on Monday that only one other gymnast from the country had done: winning an Olympic gold medal.

And after grabbing the men's vault title at the Tokyo Olympics on Monday, Shin paid tribute to the man that came before him, the 2012 Olympic vault champion Yang Hak-seon.

Shin and Yang both competed in the vault event here. Shin won the qualification stage, but Yang finished ninth, just missing out on the final, which was open to only eight gymnasts. Yang was the first alternate in case of any absence or withdrawal, but none came. 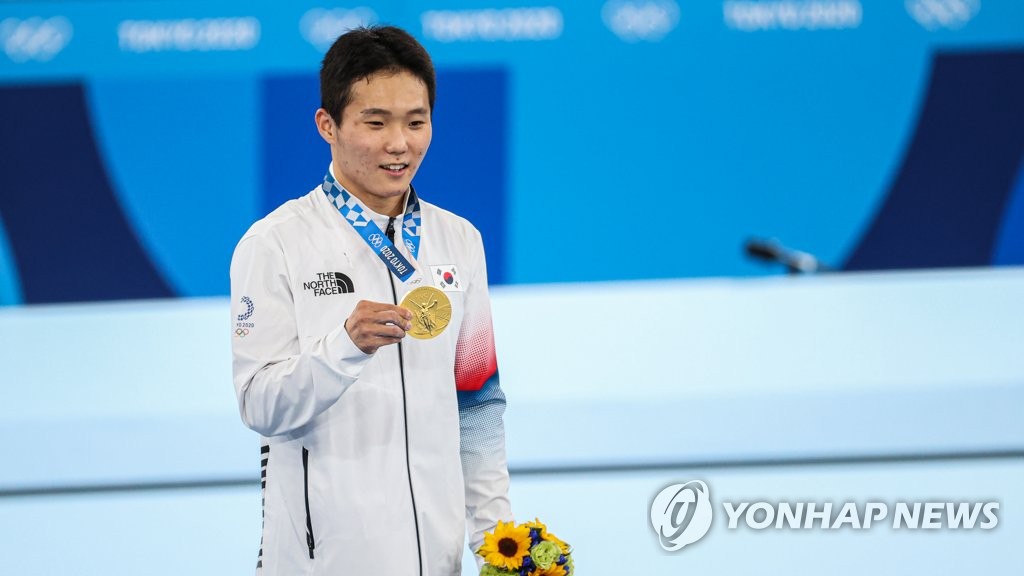 Shin, 23, called the 28-year-old Yang both his teammate and mentor.

"I'd like to tell him that I won my gold medal here all thanks to him," Shin said. "Hak-seon singlehandedly raised the level of vault in South Korea. We got better and better because we've been trying to reach the bar he set."

Shin said Yang gave him "the most practical piece of advice" before the final.

"Hak-seon said I should trust myself," Shin said. "And at that moment, he didn't really have to tell me anything else."

Shin did his best Yang impression at Ariake Gymnastics Centre in the Japanese capital. He scored 14.733 points with his first vault and improved on that with 14.833 points in the next one. His final score came to 14.783. 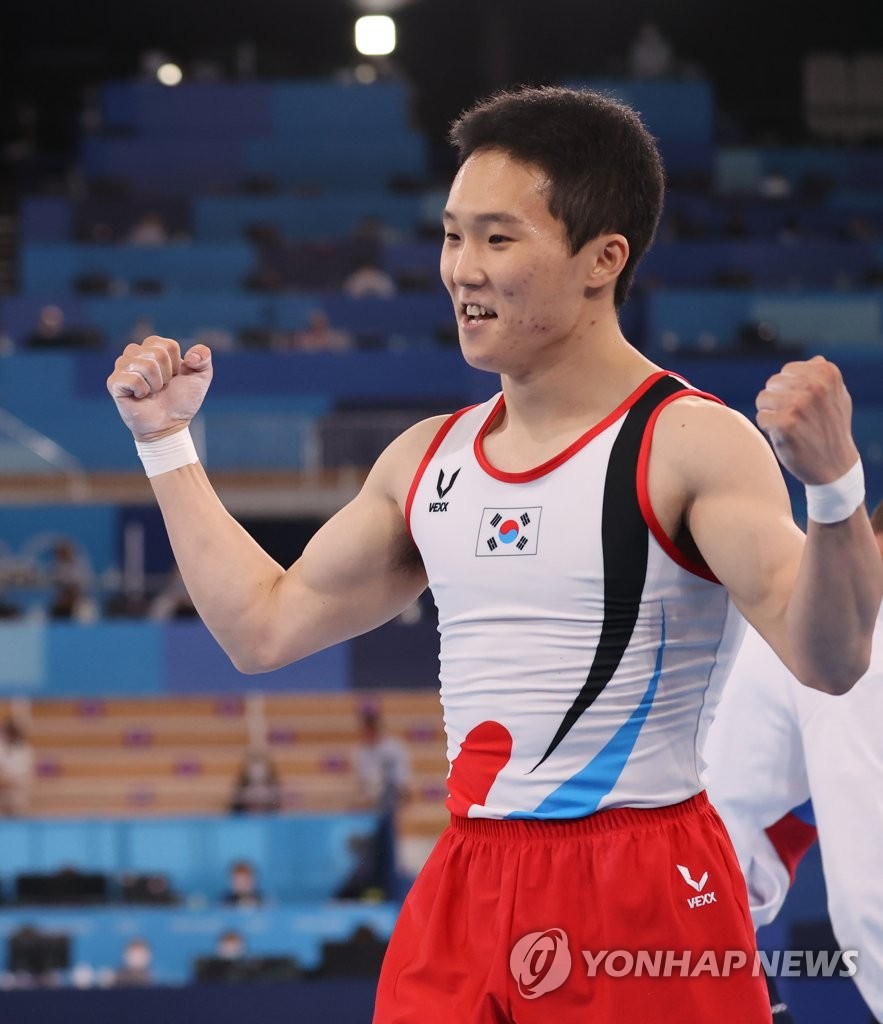 Shin was tied with Denis Abliazin of the Russian Olympic Committee in points but got the gold medal under the tiebreaking rules.

The gymnast with the highest score from the two vaults before the average is calculated becomes the winner. Shin's top score from his final was 14.833. Abliazin's best score was 14.800 from his second vault.

"It still hasn't hit me yet," Shin said of striking gold. "I was just relieved (after landing the second vault). I wasn't thinking about any medal at that point."

Shin made the senior national team for the first time in November 2017, as a freshman in university. And in just a couple of years, Shin rose to international vault prominence. He won two FIG World Cup titles last year, and qualified for the Olympics by virtue of being world No. 1 in the vault during the 2018-2020 FIG World Cup series.

"I wanted to take some positive energy from Seo-jeong, so we bumped fists," Shin said. 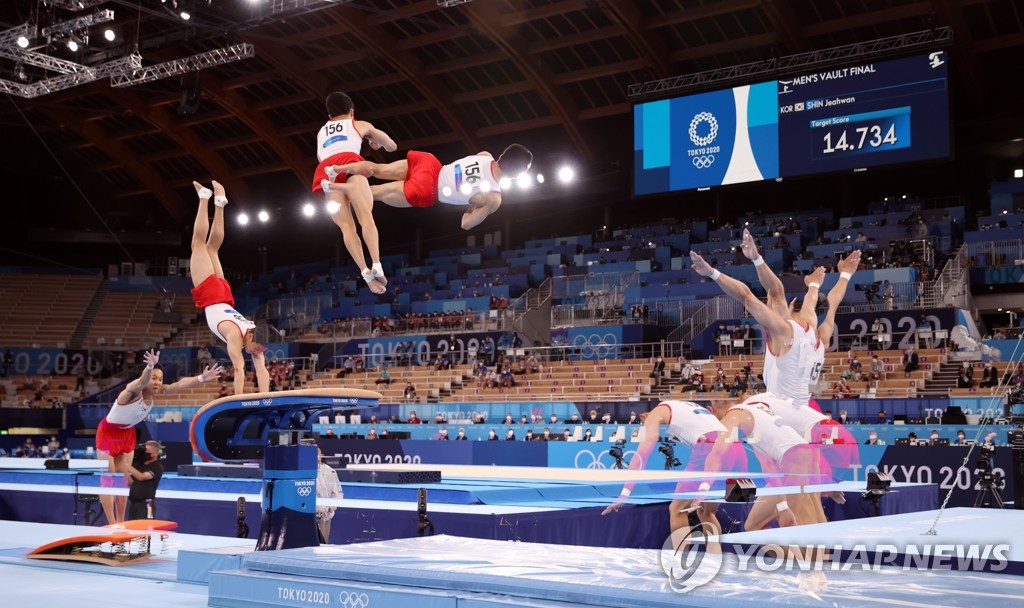