WASHINGTON, Aug. 2 (Yonhap) -- U.S. Secretary of State Antony Blinken plans to call for full implementation of U.N. Security Council sanctions on North Korea when he meets with his counterparts from the 10-member states of the Association of Southeast Asian Nations (ASEAN), a State Department spokesman said Monday.

"During this week's meeting Secretary Blinken will ... reiterate U.S. positions on pressing regional issues, including calling on the Burmese junta to immediately end the violence and restore Burma to the path of democracy, supporting freedom of the seas in the South China Sea, improving resilience and transparency through the Mekong-U.S. partnership and urging ASEAN members to fully implement UN Security Council resolutions on the DPRK," the spokesman, Ned Price, said in a press briefing. 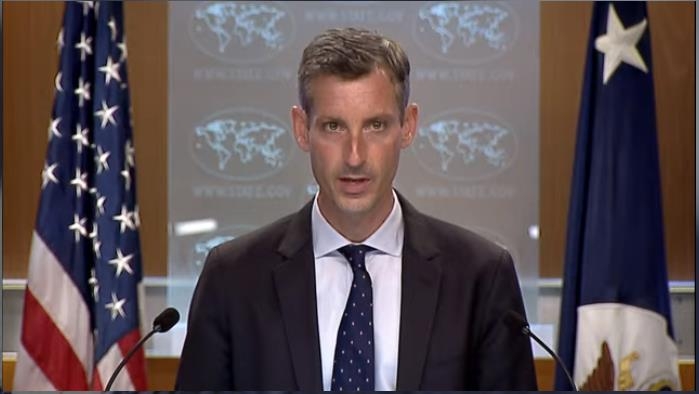 The department earlier said the top U.S. diplomat will take part in five virtual meetings related to ASEAN between Monday and Thursday (U.S. time), including the ASEAN Regional Forum, which in the past had been attended by North Korea.

Whether the reclusive North will take part in this year's annual forum was not clear.

The U.S. emphasis on the full implementation of U.N. sanctions resolutions on North Korea comes amid a thaw in inter-Korean relations.

North Korea reopened its direct communications lines with South Korea last week, more than 13 months after it unilaterally severed them in June 2020.

Washington has said it welcomes and supports inter-Korean reconciliation, noting "diplomacy and dialogue are essential to achieving complete denuclearization and establishing permanent peace on the Korean Peninsula."

On Sunday, North Korea warned an upcoming joint military exercise of South Korea and the United States may cloud the future of inter-Korean relations.

"I view this as an undesirable prelude which seriously undermines the will of the top leaders of the North and the South wishing to see a step taken toward restoring mutual trust and which further beclouds the way ahead of the North-South relations," North Korean leader Kim Jong-un's sister, Kim Yo-jong, said in a statement, carried by the North's official Korean Central News Agency.