Net income stood at 77.7 billion won (US$67.5 million) in the April-June period, up 358 percent from a year earlier, the company said in a regulatory filing.

It marks the first time since the second quarter of 2011 that Kolon Industries has registered a quarterly operating profit of 100 billion won or more.

The company has recorded an earnings surprise for the second straight quarter. In the January-March period, Kolon Industries' operating income spiked 160 percent on-year to 69.1 billion won.

Kolon Industries said sales rose sharply from a year earlier in the second quarter thanks to strong demand for car materials, epoxy products and golf goods.

Its industrial materials, chemicals and fashion sectors also pulled off strong performances in the three-month period, the company added.

Kolon Industries said it is expected to log better performances down the road on the back of resilient demand for casual wear, golf and other products. 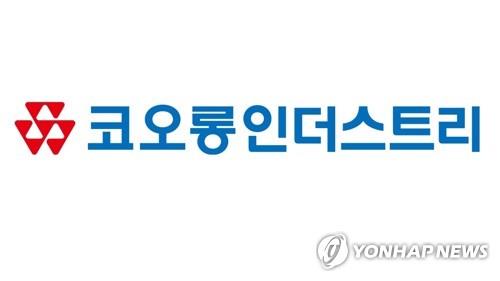