TOKYO, Aug. 3 (Yonhap) -- In what could be the final Olympic match for their greatest volleyball player, South Korea will play Turkey in the quarterfinals of the Tokyo Olympic women's volleyball tournament Wednesday.

Captain Kim Yeon-koung will take the 14th-ranked South Korea up against world No. 4 Turkey at 9 a.m. Wednesday at Ariake Arena in Tokyo. 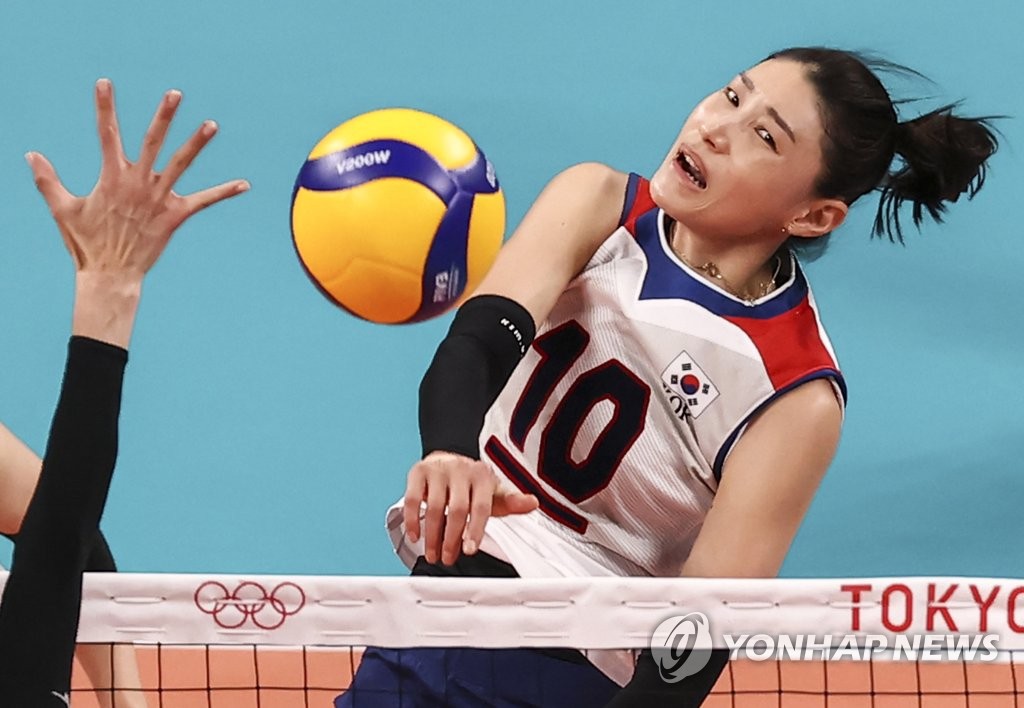 The top seeds from each of the two groups will play No. 4 seeds from opposite groups in the quarters. No. 2 and No. 3 seeds were entered into a draw, and South Korea will face a team that it has only beaten twice in nine meetings.

Once again, South Korea will rely heavily on Kim, both its most dangerous attacker and its spiritual leader. At 33, Kim is competing in her third and possibly last Olympics.

The closest she came to winning a medal was in 2012 in London, where South Korea lost to Japan in the bronze medal match. Kim was so dominant that year she was named the MVP of the tournament despite playing for a team that finished off the podium.

In Rio de Janeiro, South Korea got knocked out of the quarterfinals by the Netherlands. 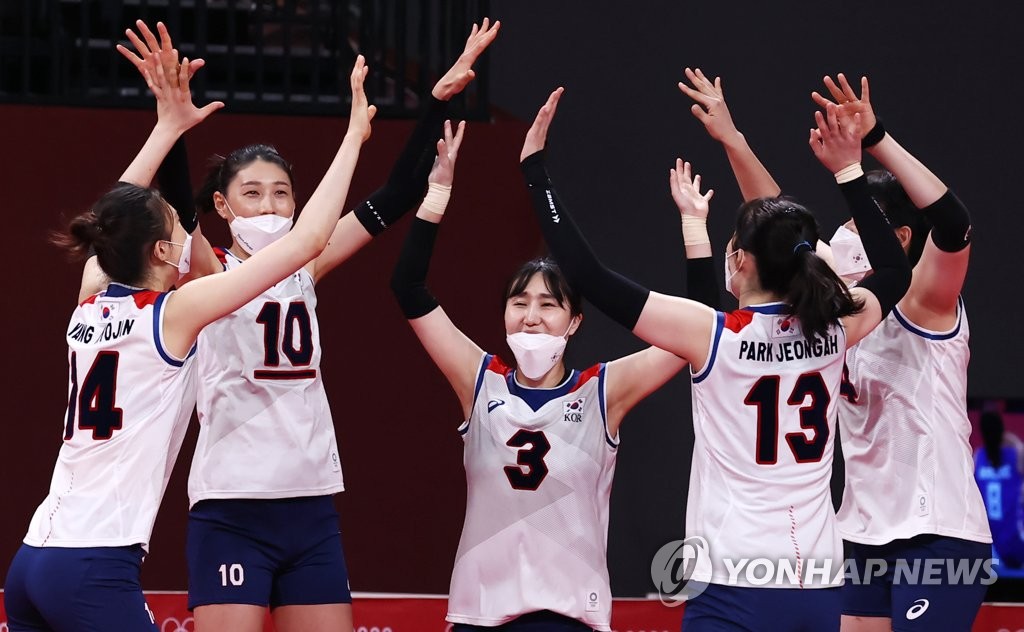 Kim and South Korea got their revenge against Japan in Tokyo, beating them in a five-set thriller in a preliminary match Saturday to clinch a knockout berth. Japan finished fifth in Pool A to miss out on the quarterfinals.

In that victory, Kim scored a team-high 30 points and became the first player ever to score 30 or more points in four Olympic volleyball matches.

She is fourth overall at this year's competition with 87 points.

The winner this time will go on to face the winner of the Brazil-Russian Olympic Committee quarterfinal match.

All quarterfinal matches will be played Wednesday. The semifinals are two days later.