The caseload of such infections reached 8,125 here, with the number of delta cases first reported in India tallied at 4,912, according to the Korea Disease Control and Prevention Agency (KDCA).

The rate of variant cases detected through gene analysis came to 67.6 percent over the past week, sharply up from 54.8 percent a week earlier, the KDCA said.

Earlier in the day, the KDCA said the country confirmed two cases of the highly transmissible delta plus variant of the novel coronavirus.

It marks the first time the country has reported cases of the delta plus version, considered a sublineage of the delta variant, the KDCA said.

The KDCA said one of the delta plus cases is a man in his 40s who has never been overseas. 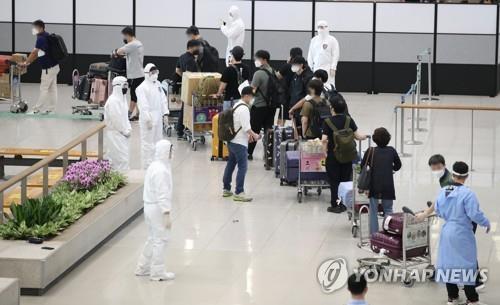 The only known difference with the delta variant is an additional mutation called K417N -- a spike protein that allows infection of healthy cells.