TOKYO, Aug. 3 (Yonhap) -- Having become the second-only South Korean gymnast to win a gold at the Olympics, one may assume Shin Jea-hwan, men's vault gold champion at the Tokyo Games, has had all the luck he could get throughout his athletic journey.

Shin, 23, however, is said to have survived a traumatizing back injury during high school, which almost brought his competitive gymnast career to an end.

"I don't want to talk about that," Shin said, attempting to shy away from the topic when asked by reporters in the mixed zone at the Ariake Gymnastics Centre in Tokyo following his monumental gold medal performance Monday. Shin grabbed a surprise gold by scoring 14.783 points on average after two vaults in the final held at Ariake Gymnastics Centre in Tokyo, beating Denis Abliazin of the Russian Olympic Committee. 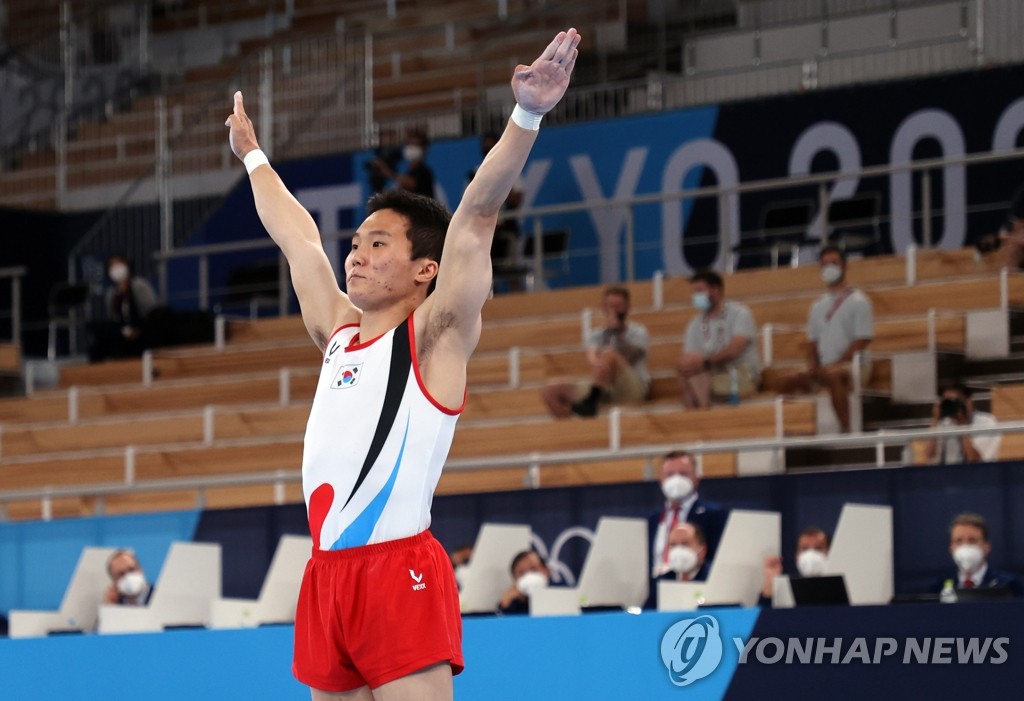 Shin is said to have received surgery for a disc problem while attending Chungbuk Physical Education High School, which required permanently embedding a metal pin in his back.

Following his surgery, Shin went through a tough rehabilitation program to compete again. He almost reached a point of giving up competitive gymnastics for good but ended up laboring through rehab to get back in the game.

"The thought of quitting gymnastics due to the injury was the most difficult part. I concentrated on positive thoughts in order to overcome that moment," Shin recollected.

Shin is said to have lasting pain in his back from the injury.

Han Chung-shik, vice chairman of the Korea Gymnastics Association and Shin's mentor during his years at the Korea National Sports University, credited his strong determination in overcoming his past trauma.

"As athletes and gymnasts, we live our lives with small and large injuries. What's commendable about Shin Jea-hwan is that the fact that he has overcome his injury and ultimately survived the traumatic experience," Han said Tuesday. 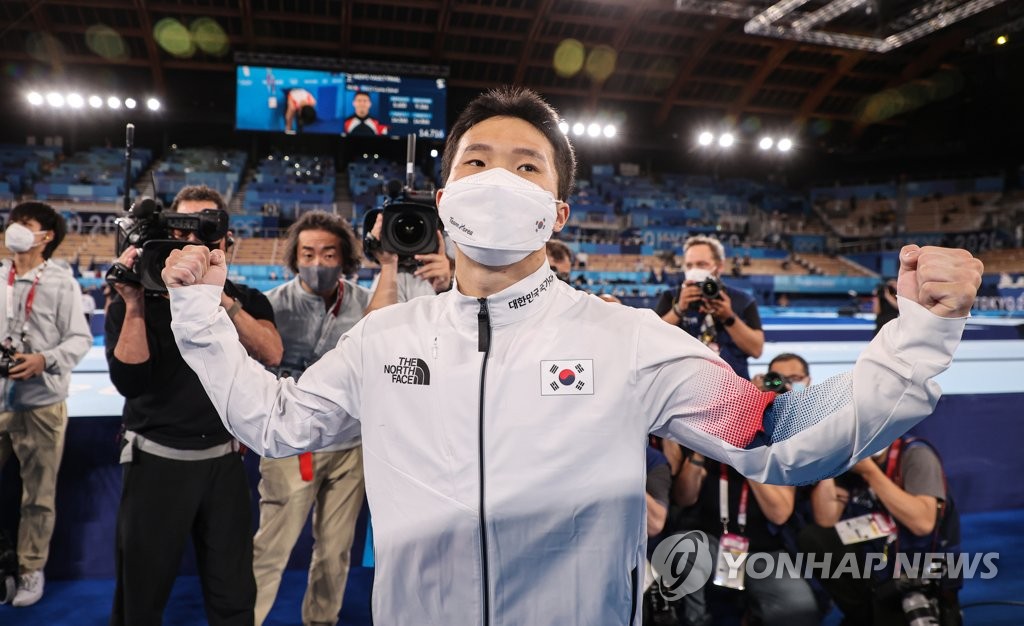 Han added Shin's strong drive to beat all odds and conquer his inner self should be highly recognized. "What's ultimately critical in the Olympic finals is the courage to face and compete with your inner self," he said.

Speaking of trauma, South Korea's 2012 Olympic vault champion Yang Hak-seon, who competed along with Shin in Tokyo but failed to reach the final, blamed his weaker-than-expected performance on "losing against his injury trauma."

The former Olympic champion, who suffers from chronic pain in his right thigh, ended up with lackluster results from his apparent failure to control and manage the pain.

"People close to me advised me to just close my eyes once and sprint with all my might, but I ended up not being able to do that," Yang told reporters. 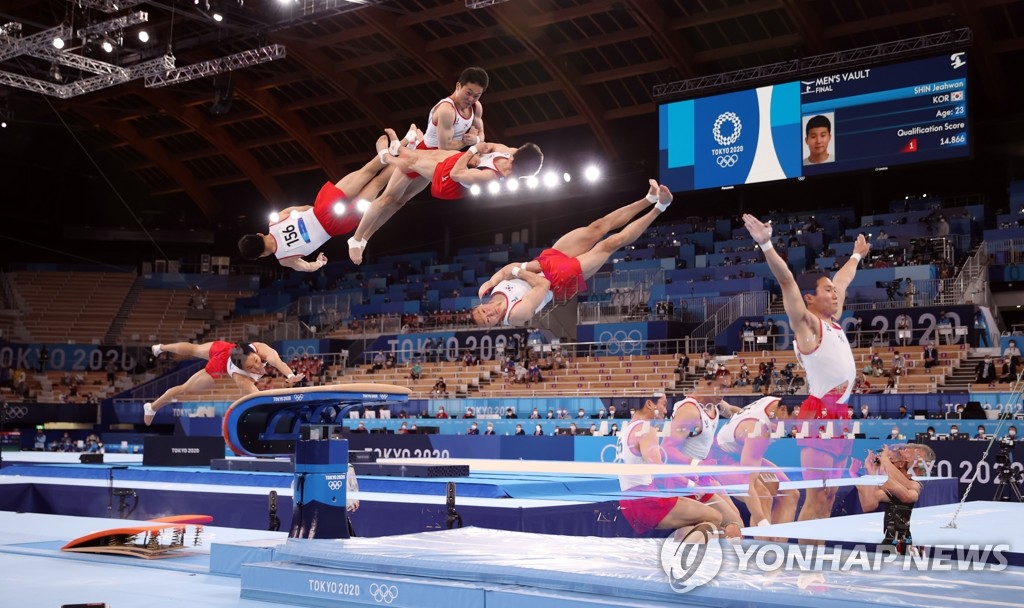