SEOUL, Aug. 3 (Yonhap) -- Over 1,000 labor and activist groups issued a joint statement Tuesday opposing the parole of Lee Jae-yong, the Samsung Group heir currently in prison, amid speculations that he may receive some type of special amnesty this month.

Lee was sentenced to five years in prison in August 2017 for bribing former President Park Geun-hye and her longtime friend to win government support for a smooth father-to-son transfer of managerial power at Samsung. He was freed in 2018 after a high court reduced the sentence to 2 1/2 years, suspended for four years. Lee, however, was sent back to jail again in January after being sentenced to 2 1/2 years in prison by the same court in a retrial.

Recently, speculations have swirled that Lee may be granted some type of amnesty, possibly in the form of parole or a presidential pardon, on the occasion of the Aug. 15 Liberation Day holiday, considering the administration's priority of pushing for private sector business growth in the post-pandemic era.

In an online news conference held at the People's Solidarity for Participatory Democracy (PSPD) in central Seoul, 1,056 labor, rights and civic organizations said that government parole for Lee "would be an act denying the existence of the Moon Jae-in government" and symbolize a regression from the so-called candlelight revolution that led to the regime change in 2017. 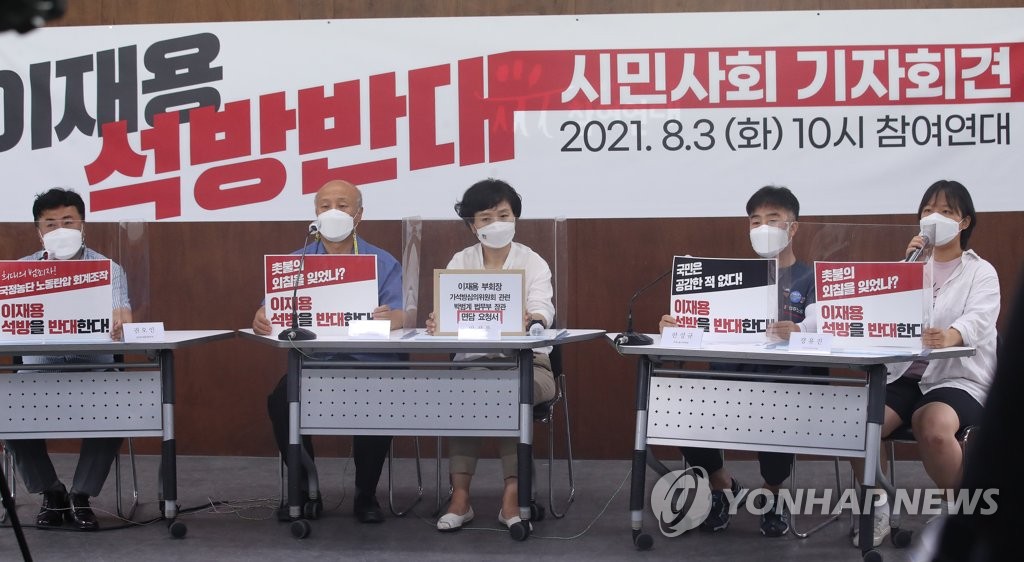 Lee completed 60 percent of his total jail sentence last month and has become eligible for parole reviews under the justice ministry's regulations. The ministry reportedly plans to hold a parole board meeting next week to deliberate on the topic.

Park Jeong-eun, head of the PSPD secretariat, said "the parole of a chaebol leader who has committed a grave economic crime violates the value of fairness" and called for stern punishment against illicit actions between politics and business. Chaebol refers to South Korea's family-owned business conglomerates.

The groups also claimed that Lee's parole could affect the course of separate ongoing trials over the controversial merger of two Samsung affiliates and the vice chairman's alleged use of propofol, an anesthesia-inducing medication, without proper prescriptions. 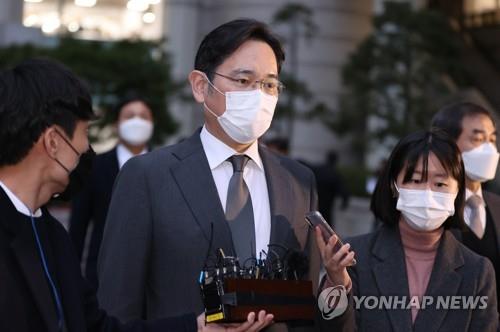