South Korea lost to Germany 3-2 in the quarterfinals of the team competition at Tokyo Metropolitan Gymnasium in the Japanese capital on Tuesday. 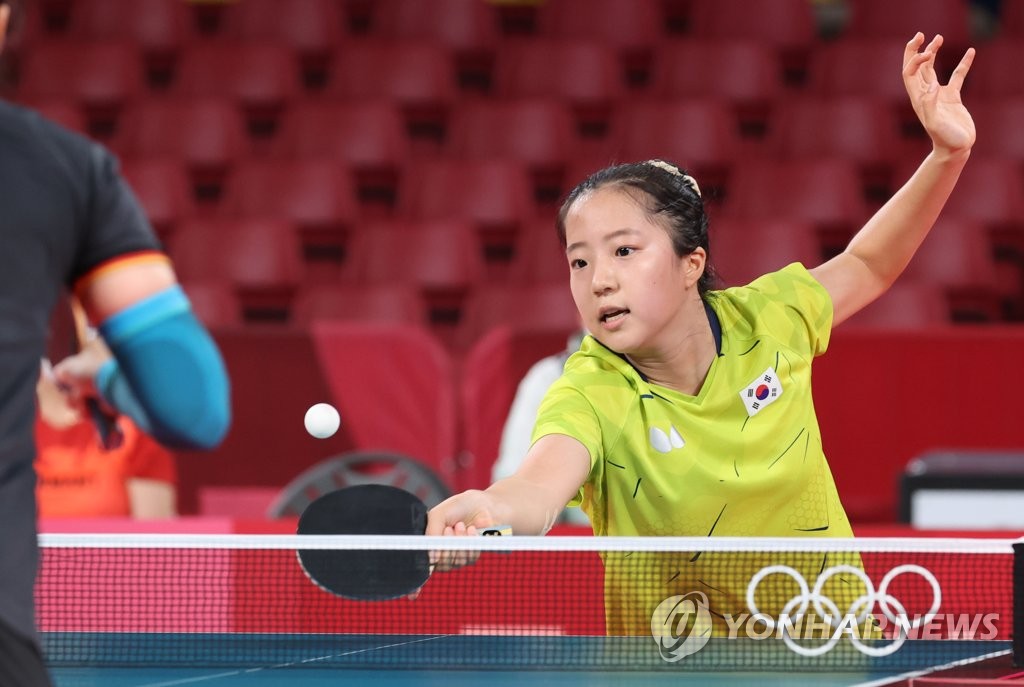 The two countries traded the next two singles matches, with South Korea leading the overall score by 2-1.

Shin, 17, stepped up for her singles match against Han Ying, with a chance to send South Korea to the semifinals.

Choi led 9-6 in the third game before Shan stormed back with five straight points for the victory.

"I realized how much more work I have to put in," Shin said, choking back on tears. "I should have won my singles match today. My teammates set the stage and I am sorry that I couldn't get it done."

The elimination for the women's team left the men's team as the last remaining South Korean medal hope in table tennis. The trio of Lee Sang-su, Jeoung Young-sik and Jang Woo-jin will play in the semifinals against China on Wednesday. 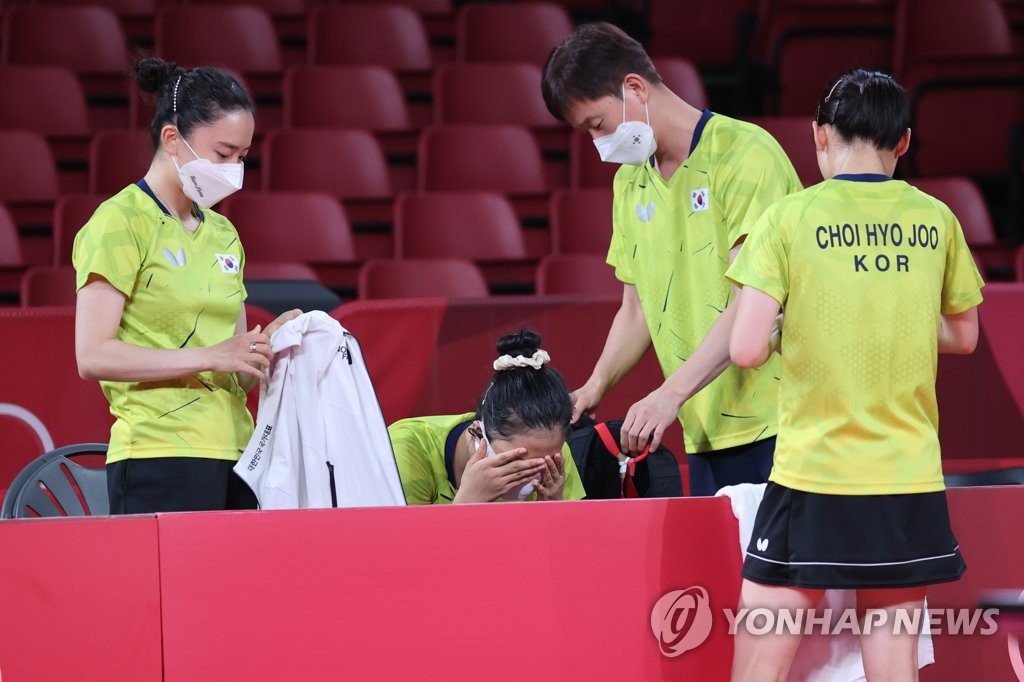 The women's team event was added to the Olympics in 2008. South Korea won bronze that year, but hasn't reached the podium since.

Shin was gone early in the singles competition earlier in the Olympics. South Korea also failed to win medals in the men's singles or the mixed doubles.

Shin said having faced opponents who all played different styles of table tennis can only help her in the future.

"I'd like to build on this experience and try to play better in the future," Shin said.